Gavin McClurg loves the adventure of this incredible race 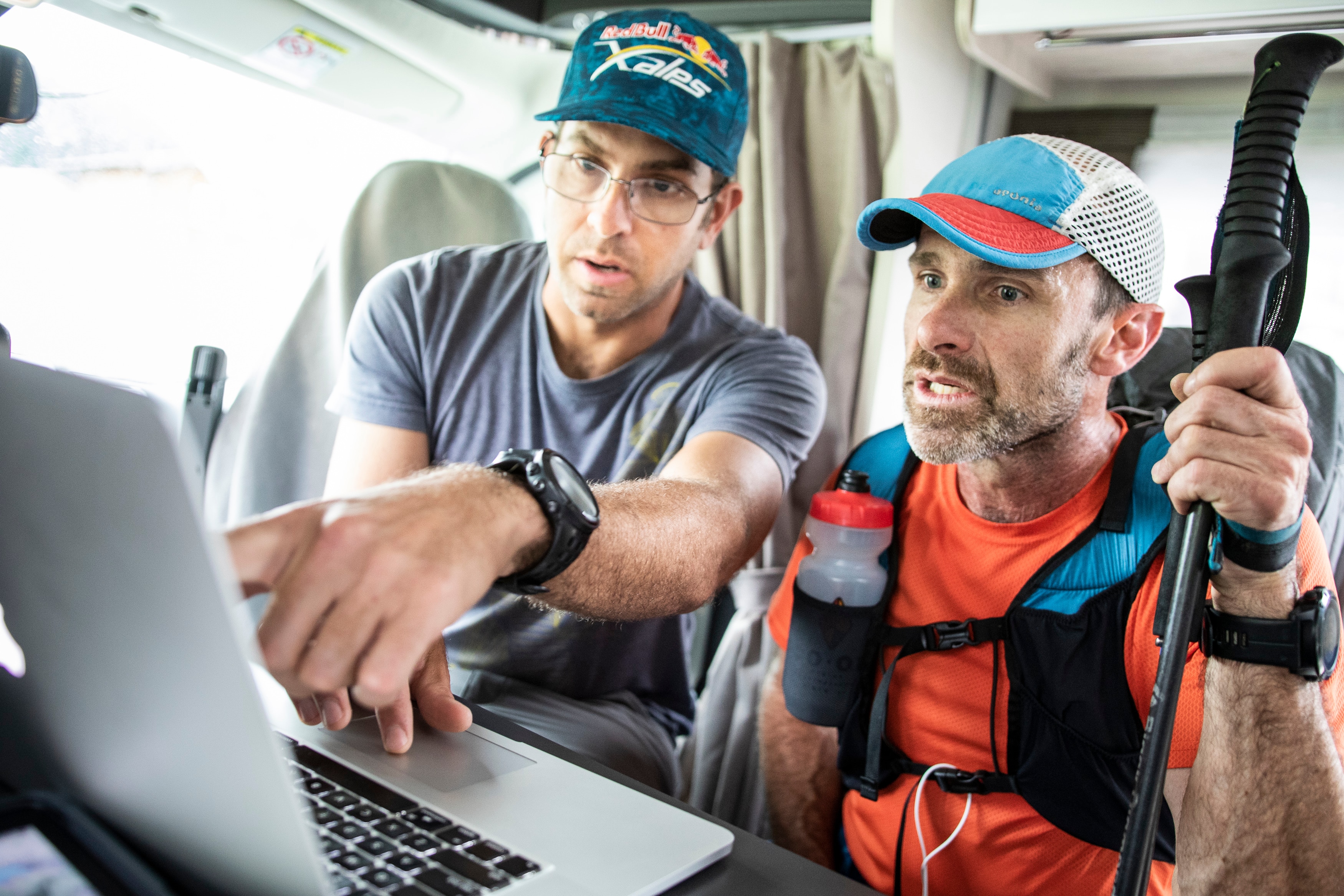 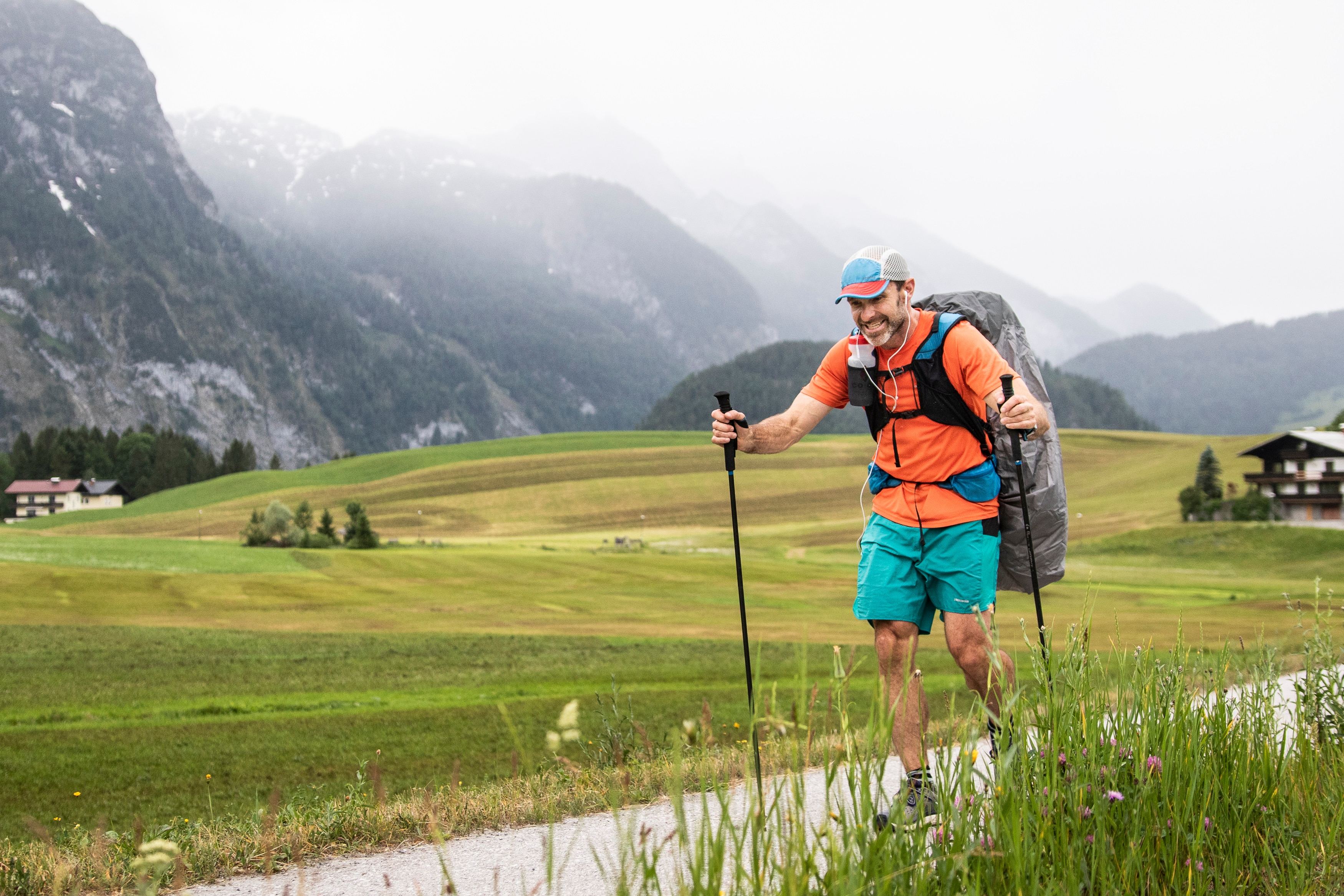 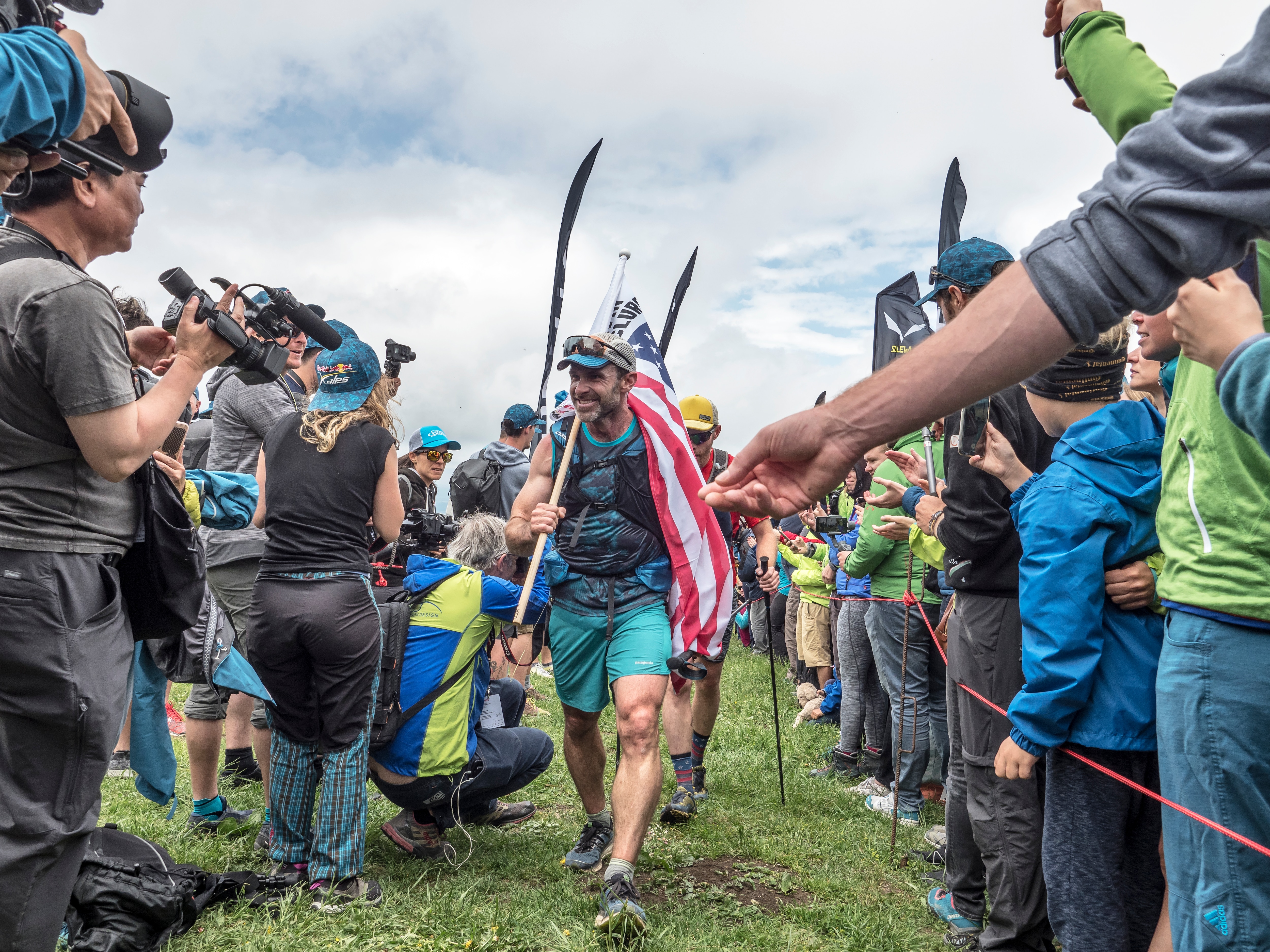 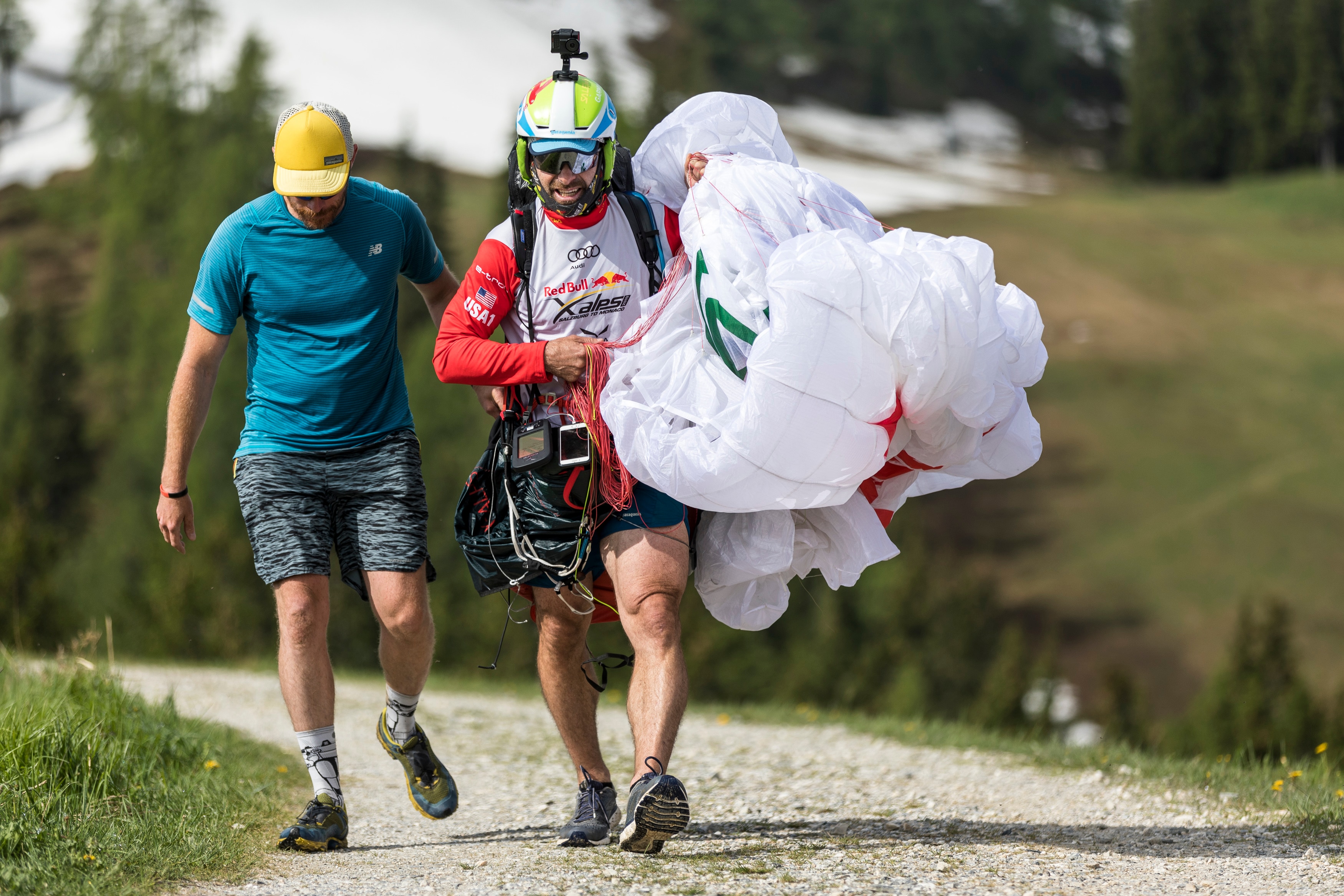 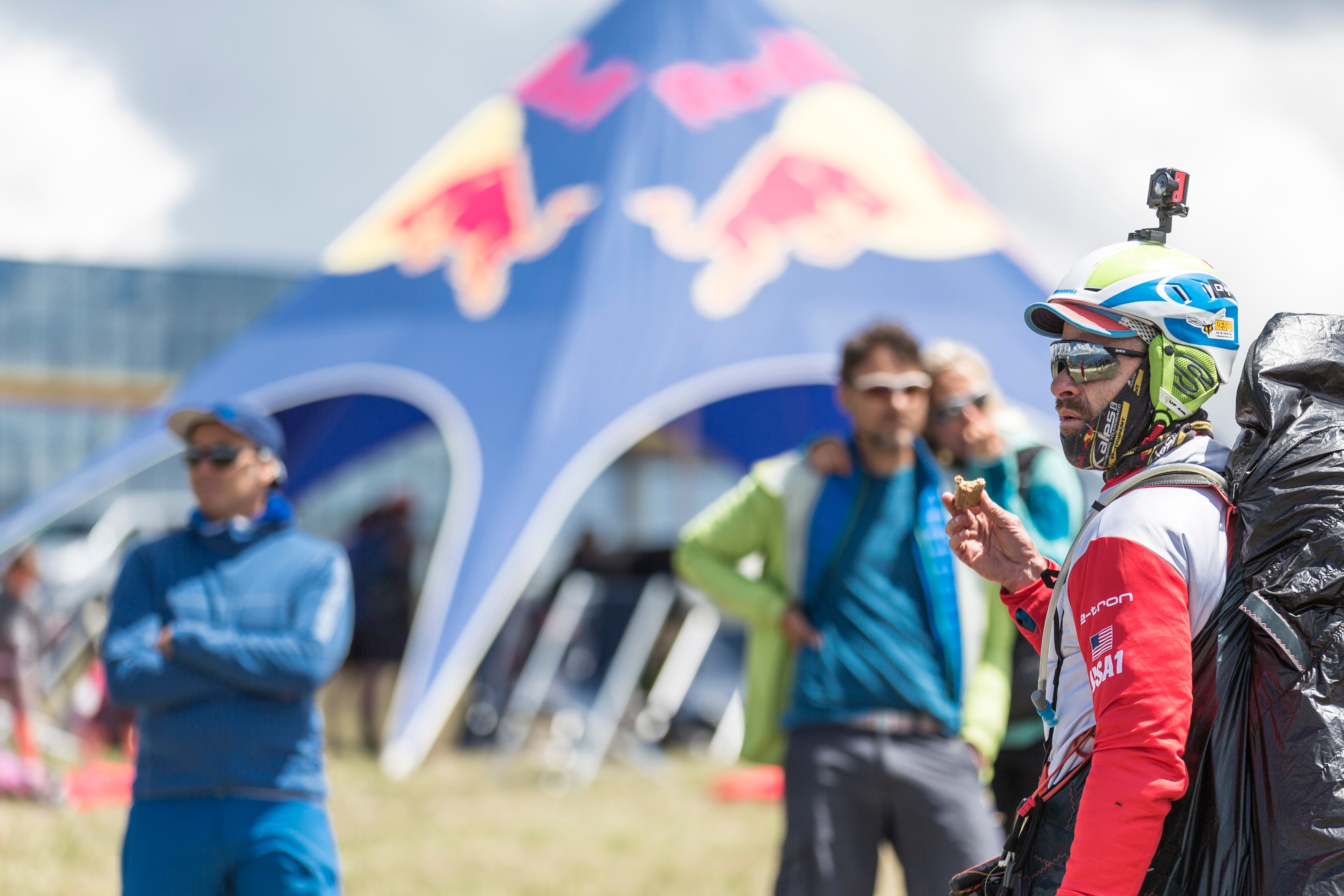 The Red Bull X-Alps is a race – but it’s an adventure race. And whether an athlete is leading out front or hiking hard to keep up at the back, they are having the personal adventure of their life.

Gavin McClurg (USA1) is back for the third time, and is currently in 14th position. We caught up with him as he hiked to his resting place for the night to talk about his day – and find out how his adventure was going.

‘Last night I couldn’t get off the hill at the end – there was a big rain cloud dumping rain nearby, and I had to bivouac on the top. But wow, we had a good day today!

‘I started at 6am with a huge 20km glide across the Inn Valley, gliding at 18 to 1. The I had a really nice 15km hike through the clouds, and then it started opening up and I launched and flew pretty fast.

‘I made it 60km to Turnpoint 5 Lermoos, which I’ve never done, I’ve never made it through that section in one go.’In total he had six flights today.

‘The first was 20km, then 60km, then I hiked up with Tobi Grossrubatscher (ITA2) and took a really fast line to Davos.

‘It was dumping rain there, lightning, it was amazing! I got really cold at over 4,000m. But it wasn’t dangerous so I kept going.

‘Then I slope landed high, just to check-in with the team, and to make sure I wasn’t going to get gust-fronted. Then I re-launched, it rained, I slope landed again. I sat in the rain a little bit, then re launched and had an epic downwind glide and landed just before 9pm.

‘You can’t get much better than today, today was awesome!’

McClurg is a sailor and has sailed around the world two-and-half times. How does sailing compare with the Red Bull X-Alps?

It is that excitement, and the adventure, that keeps drawing McClurg back to the Red Bull X-Alps. And the unexpected places it puts him.

‘Yesterday was so good, I flew across the spine of the Alps twice, then I got really stuck at Mayrhofen. I’d had a really good day but then lost a bunch of positions.

‘Then last night was so beautiful, the sky lit up, and I thought I would never have ended up there in my life had it not been for the race.

‘It constantly puts you in these crazy cool places. I love it.’

Check out where the race brought Gavin on Day 4 on Live Tracking!