For 13 days, Race reporter Tarquin Cooper followed the race from start to finish, chasing athletes from Salzburg’s cobbled streets to the sandy shores of the Mediterranean, via a few crazy hairpin bends and some steep mountain ascents. Below, he shares so 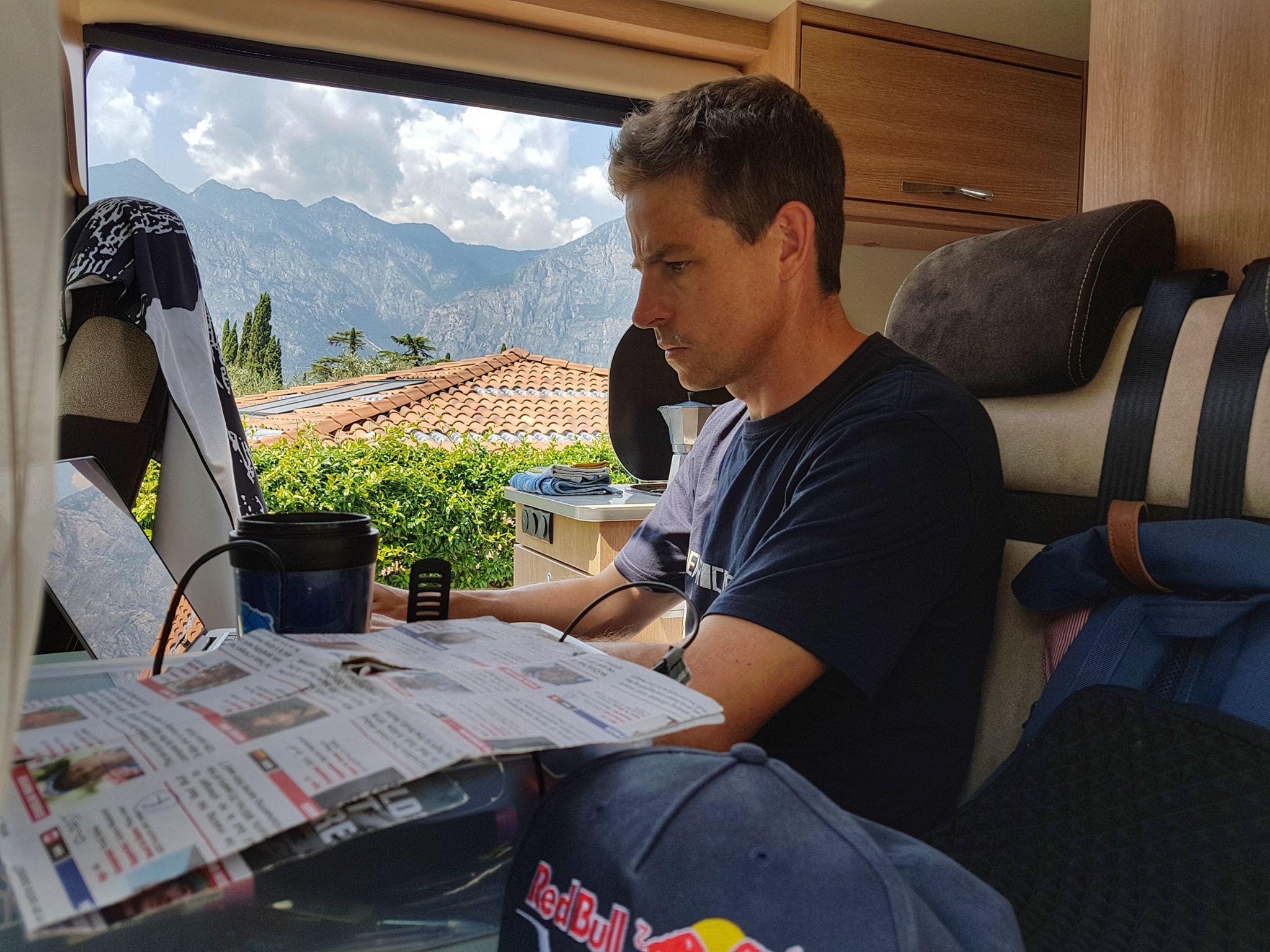 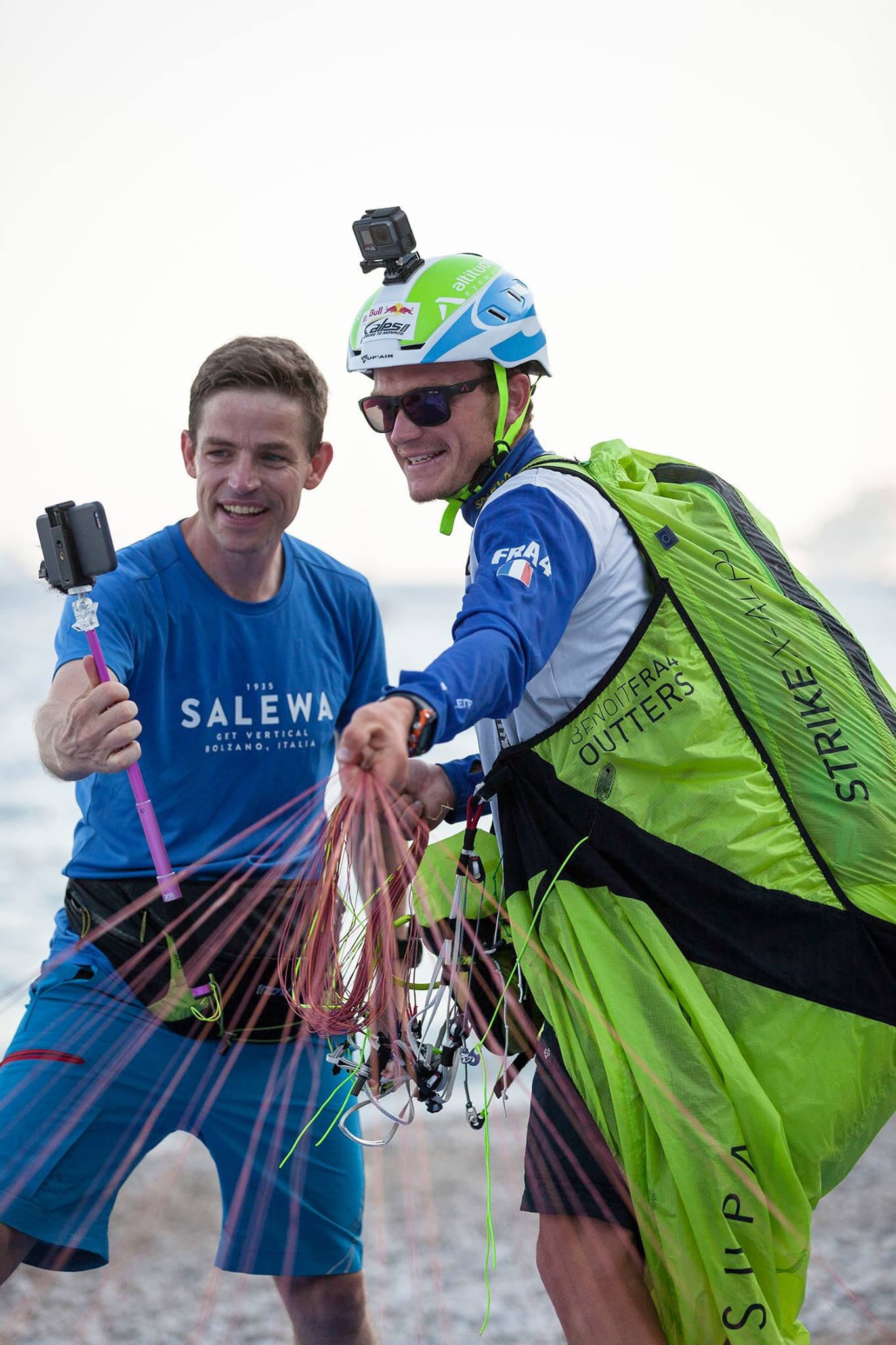 The misery of the Gaisberg

To see all the athletes at the start, knowing the enormity of what lay ahead was humbling. The atrocious weather conditions on the Gaisberg just drove it all home – how unbelievably epic this race is. A wet and cold Pascal Purin summed up the feeling on the top: “It can only get better,” he said.

Running with the Running Man

It isn’t the Red Bull X-Alps until you’ve seen the legendary Romanian Running Man in action. All morning of Day Two, I waited in a valley north of Spittal an der Drau for someone who’d been running non-stop for almost 24 hours – the incredible Toma Coconea. Like an escapee rider of the Tour de France, he was reveling in his time at the front. And then he appeared, grinning from ear to ear. He gave the thumbs up before disappearing once again.

The landings at Lermoos

The Turnpoint in Lermoos in the heart of the Tiroler Zugspitz Arena was one of the most spectacular of all the Turnpoints and the scene of lots of race action. First it was Chrigel who came in, reporting that it was one of the toughest flights of his entire Red Bull X-Alps career.

When Gaspard Petiot landed he punched the air with delight. Clearly it had been emotional for him as well.

Then they came thick and fast – Guschlbauer, Outters, Neynens, Takats, Nübel and van Schelven. Athletes may have grumbled about being forced to land but for fans, it was quite the spectacle.

Driving the wrong way down a 7km tunnel – three times

Taking the wrong turn on the motorway was always going to happen. But making the same mistake not once, but three times, on a 7km long tunnel? The first time I didn’t even realize I’d gone wrong, the second time I chose to disagree with Brenda (my Google navigator) and the third time I finally realized my mistake, but still managed to take the wrong road. It was past midnight and after 01:00 before I was on the right way again.

Definitely a regular low moment – trying to find and maintain a 4G reception for Facebook Lives was a daily battle.

After hiking up a mountain south of Turin with Paul Guschlbauer for almost four hours, I was almost set for the 08:30 bulletin, until I lost my reception. Then my luck seemed to turn and it came back! But in the few minutes I spent setting up, I’d lost Paul – literally. He was only about 50m ahead but the mist came down and I couldn’t see him and I was unable to catch up with him.

Unfortunately, I’d already hit the button so the entire Facebook Live consisted of me panting out of breath into the phone as I tried to reach him.

Maurer famously beat the organizers to Peille when he first won the race in 2009 and also made it before our social team in 2015. So I was pretty anxious to avoid the same fate. So when the office team gave the order: “Don’t stop,” while driving south I didn’t take my foot off the gas until I was overlooking Monaco. I then had one of those awful moments of realization: no one was there.

What the office meant was, ‘don’t stop until you get to Turin’, which is where Chrigel was. I had a cup of tea, and got back in the van and drove the four hours back.

Playing cat and mouse with Chrigel in Menton.

Trying to locate Chrigel on the last day was like a scene from a Bourne film, watching his position on a GPS grid, driving around narrow city streets, trying to work out where he’d appear. I took a guess, rounded a corner, jumped out the van and he appeared a few moments later. “My supporters haven’t even found me,” he said, impressed. I beamed with pride.

If there was one standout highlight of the race, it was watching Benoit land at Peille. Seeing him come in and hug his family and friends – it doesn’t get much more emotional than this.

Arriving at the wrong beach in Rocquebrune

...just minutes before Outters and Maurer were due to finish. I literally sprinted for my life across Monaco to make it for the Facebook Live.

I could see the beach below, but not the path to get there. Eventually I found some steps and made it with seconds to spare.

We'll have more "Lessons Learned" for you in the next few weeks!