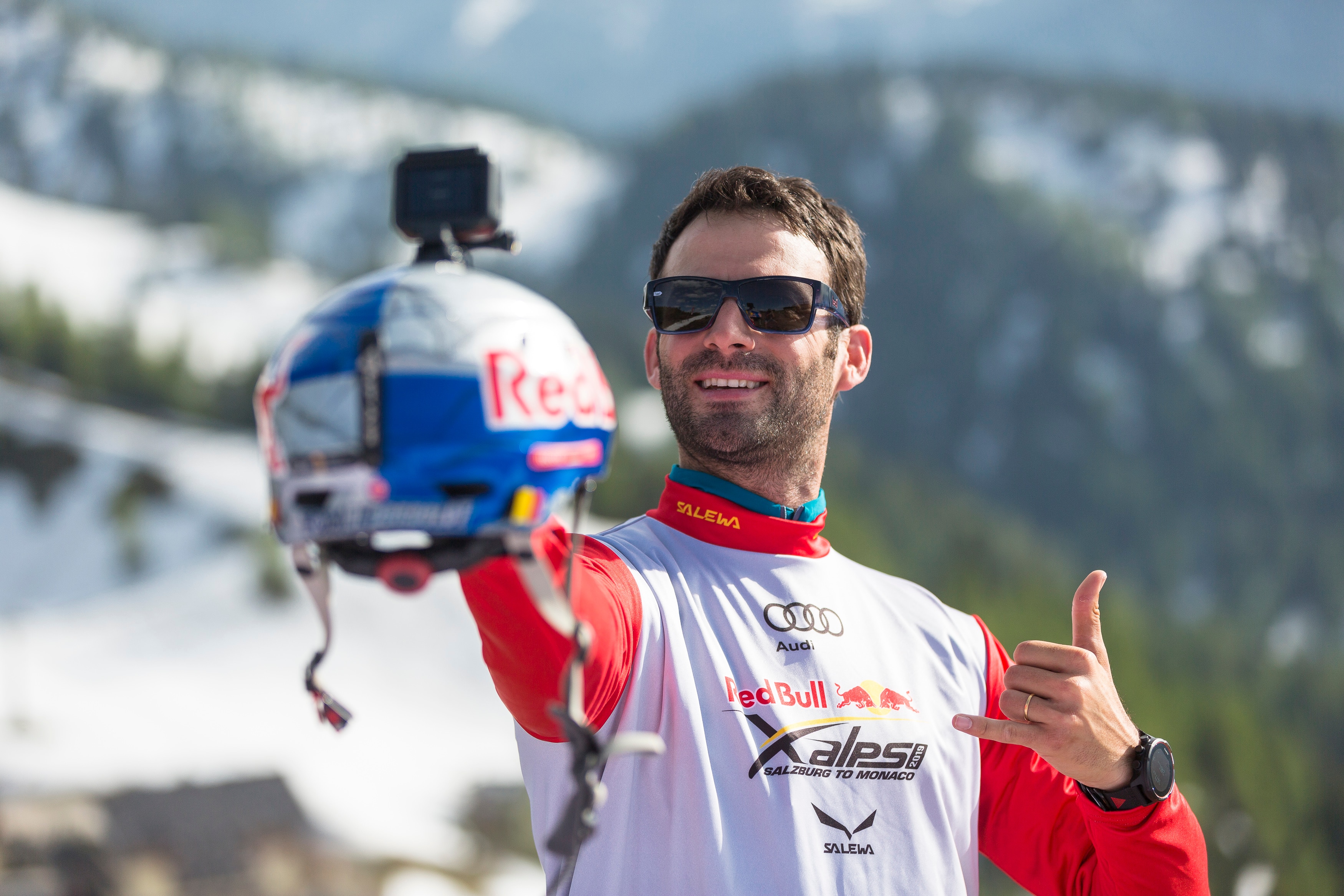 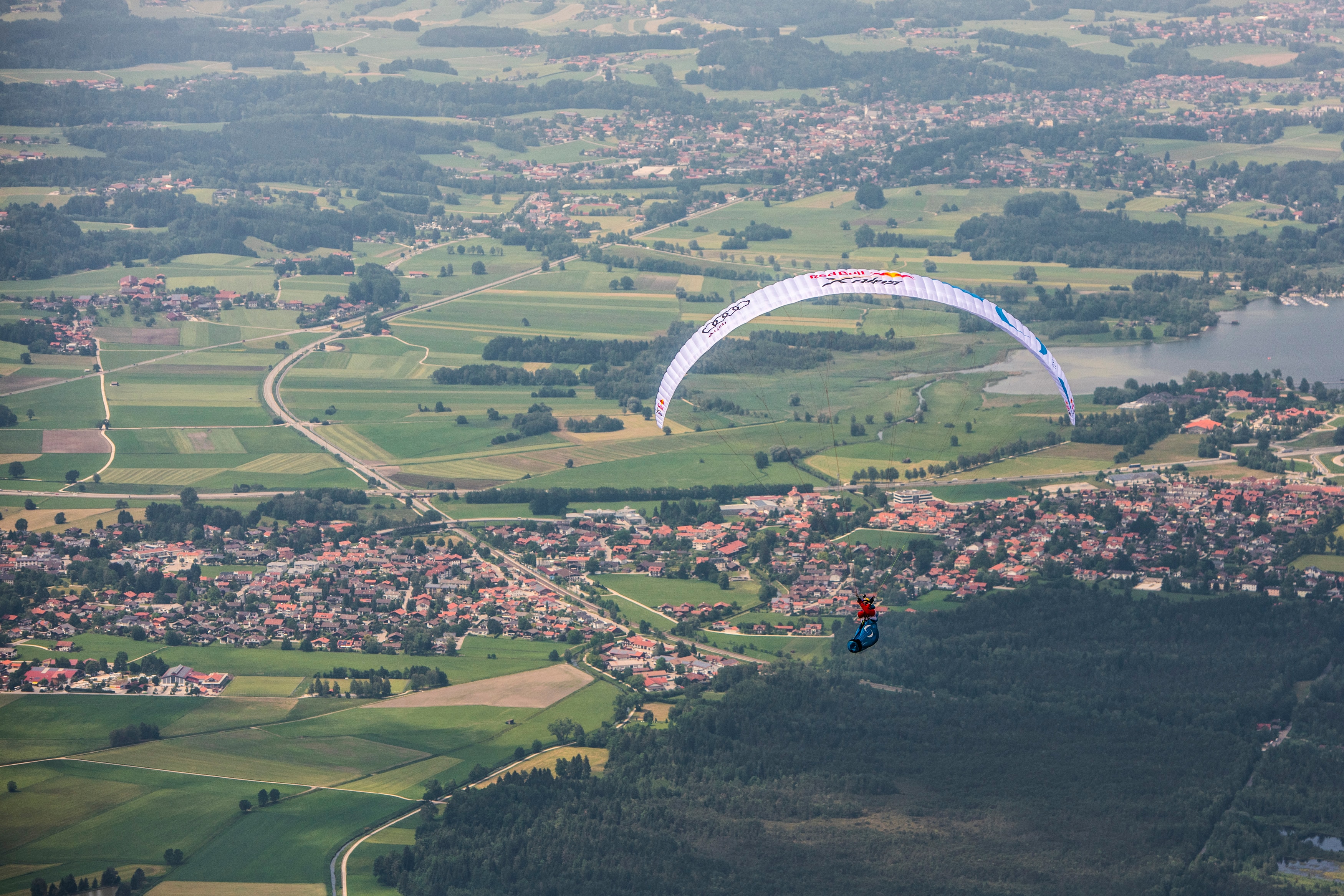 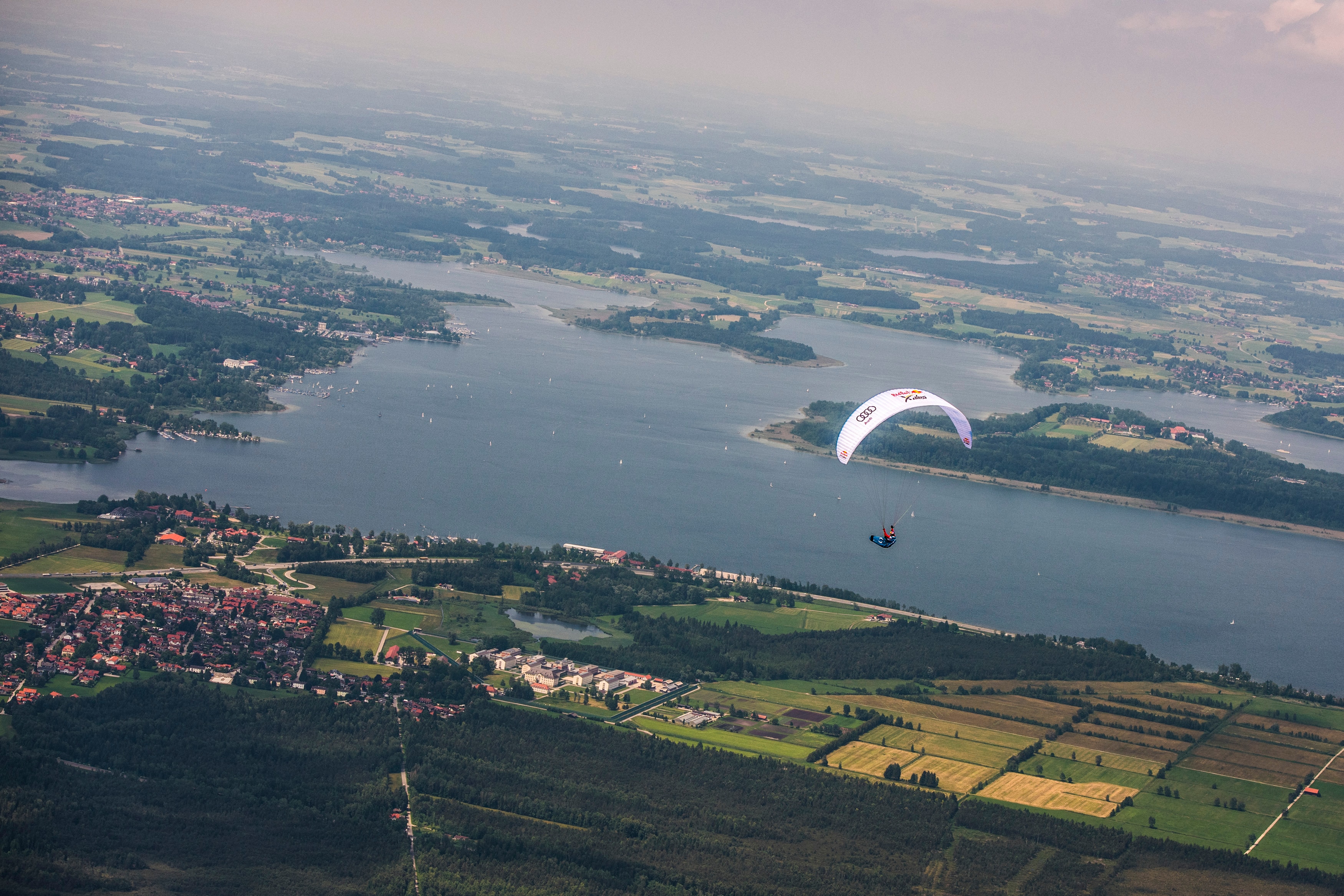 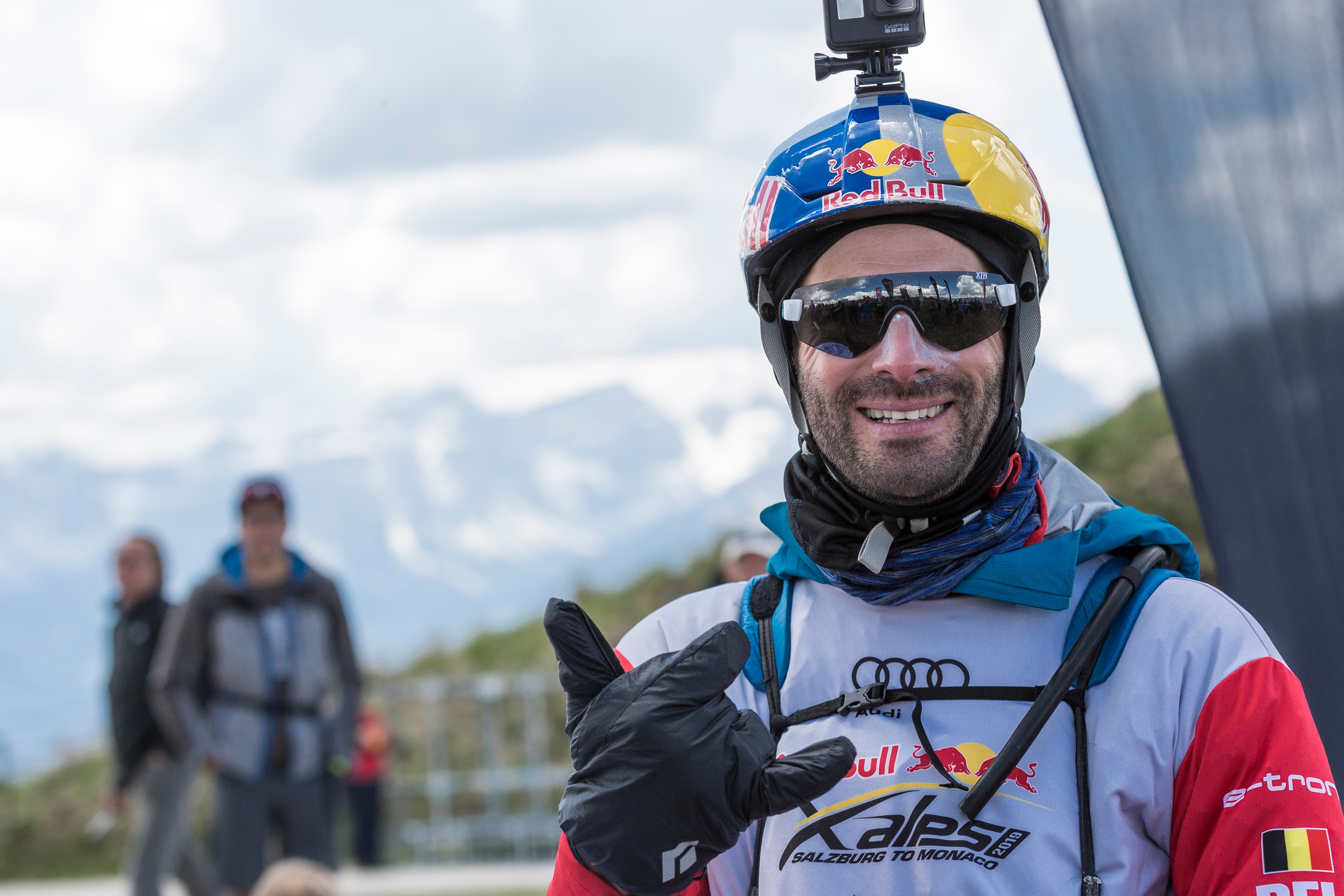 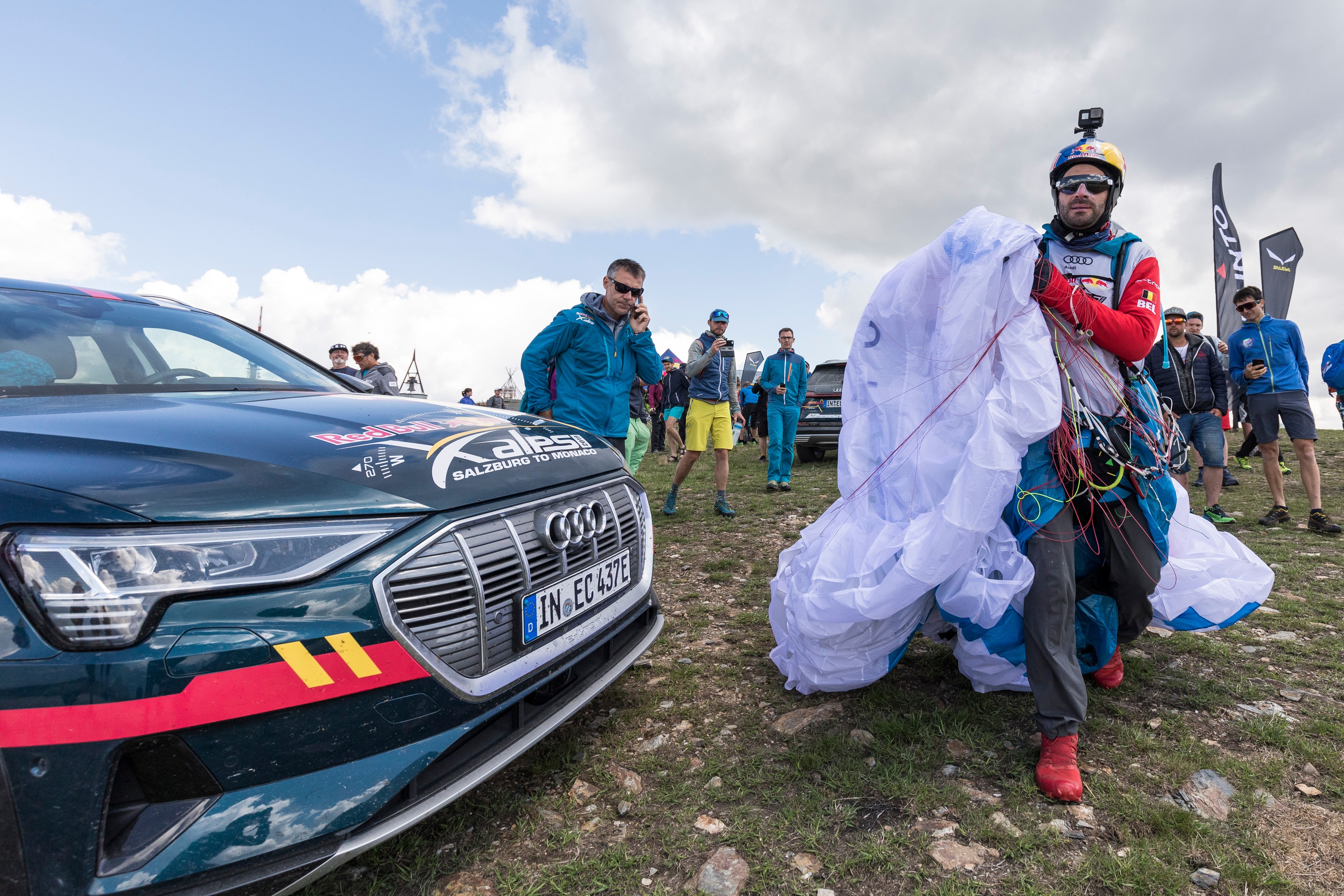 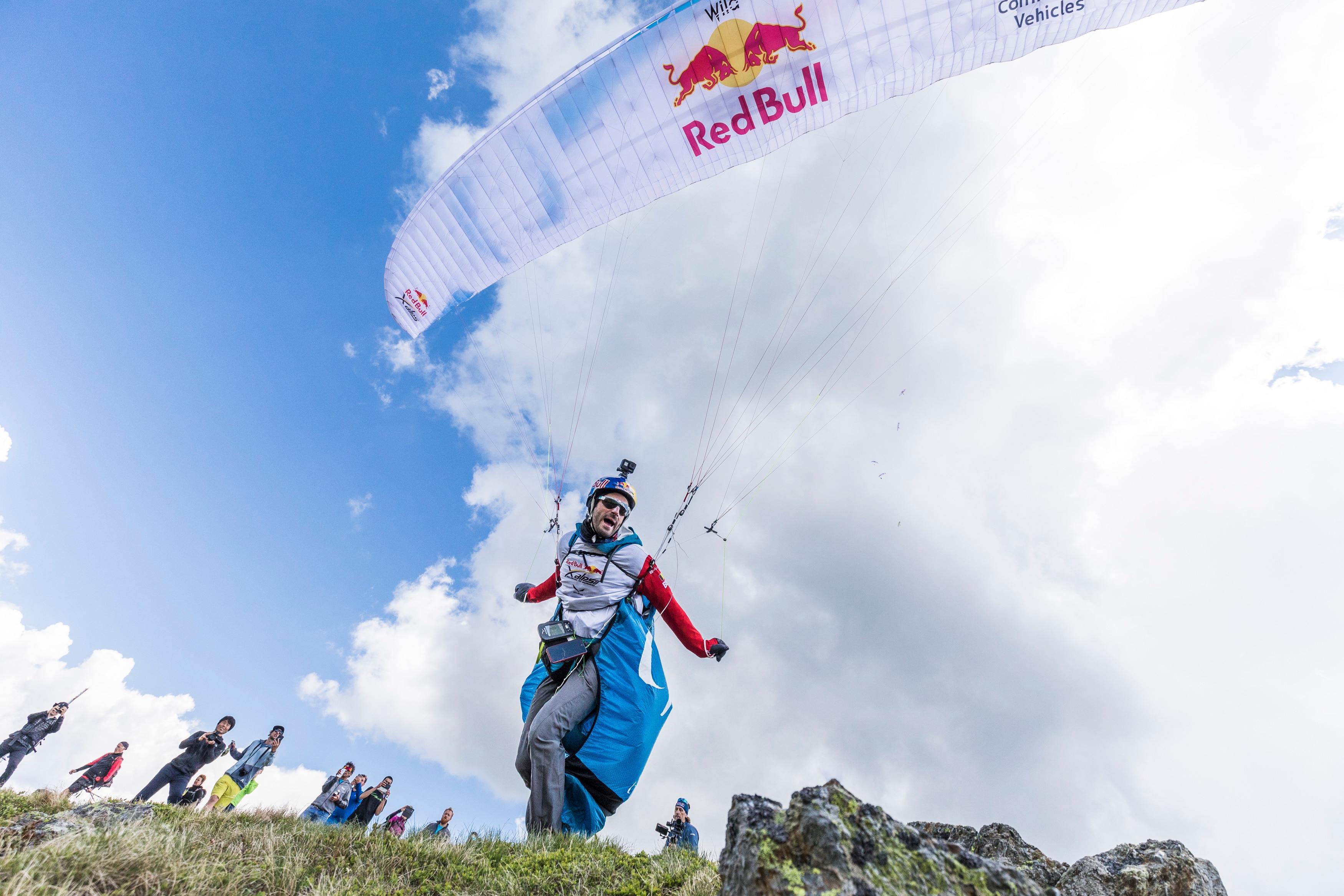 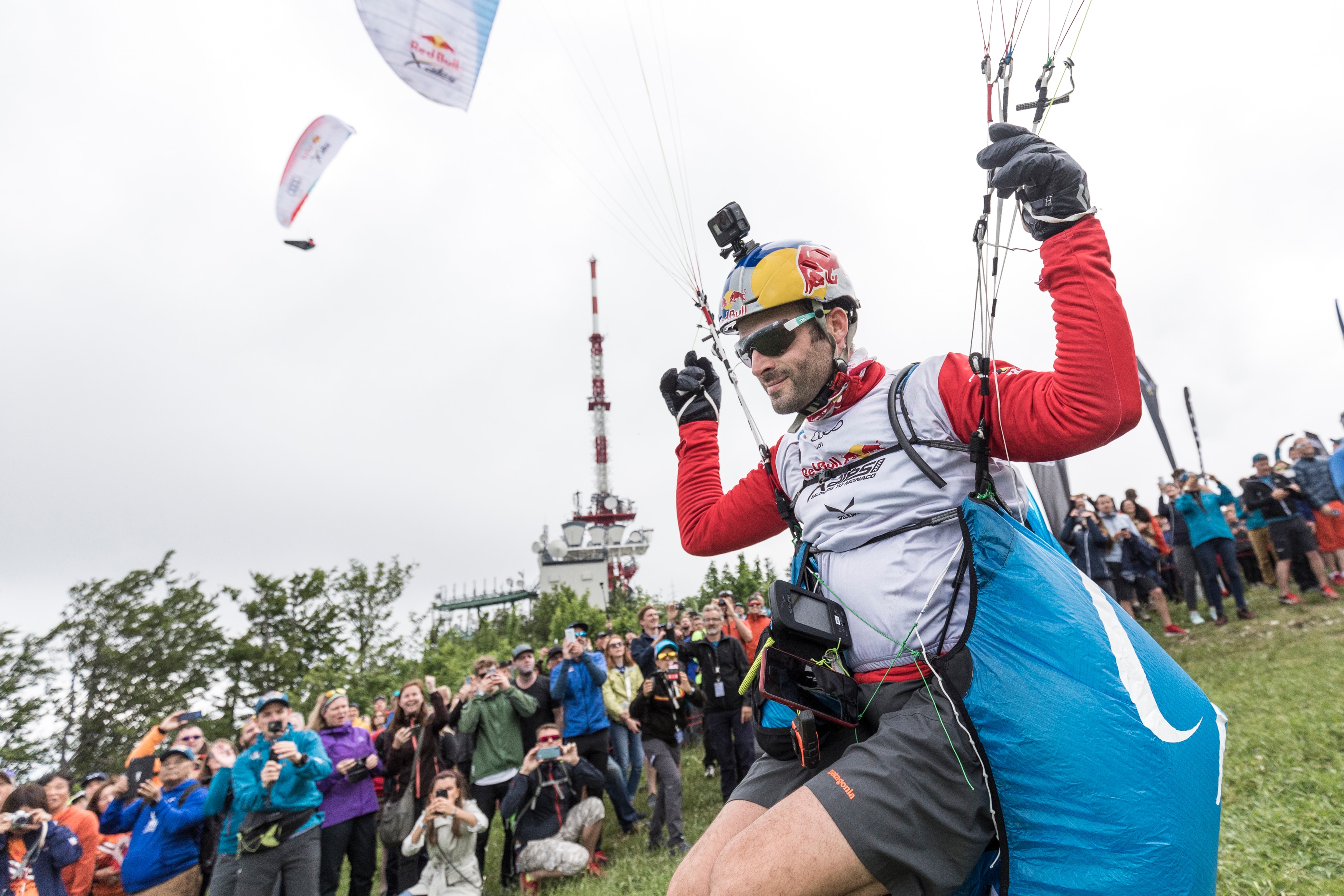 Tom de Dorlodot (BEL) is having the ‘best Red Bull X-Alps’ of his life – and that’s saying something, considering this is the seventh time he has competed.

‘I really feel great,’ he said from the road this morning as he hiked to a take-off. Currently in 12th place he is getting in position to fly to Turnpoint 6, Davos, this morning.

‘We are really playing the game here, you know? Sometimes in the Red Bull X-Alps you wonder why you carry your backpack, because you don’t get to fly so much. But with the flying conditions we have had so far it is so strategic, so interesting, it makes it a lot better.’

‘We have just had massive flights,’ he said. ‘In three days I think I have some of the best days of my life in flying.

‘The flights have been so technical, it’s not like typical cross country flying where you can just go downwind and as far as possible. It’s hard.

‘For example I landed on top of Turnpoint 4 Kronplatz, just a few metres away from the sign-in board, and then I took off again and didn’t land again until the evening. Just crazy.’

It’s days like those that keep him coming back. That and the dream of reaching Monaco. ’I still have to go all the way. And that is a dream I haven’t fulfilled.’

Competitive by nature, de Dorlodot has made a life out of adventure. Paragliding in the Karakoram, mountaineering in the Alps and sailing in the Atlantic.  Where does the Red Bull X-Alps sit alongside those other adventures?

‘For me it’s always about being out there and enjoying the flying and the hiking – yesterday we flew almost all the way to Davos and then we got stopped by a thunderstorm. It is such a strong, intense adventure. I love it.’

But, he explained, it is the others in the race that make it extra special.

‘The difference here is that we are a big group of people. Yesterday for example I spent time with Simon Oberrauner (AUT2), I flew with Antoine Girard (FRA3) the other day, and all those guys have become strong friends. Because at the end we are all in this together.

‘It is the people, the team, the athletes – it all makes for something special. Because it is so intense. It’s like when you go and climb a mountain peak with a friend, it creates moments for life. Of course it hurts, but you come home with very good memories.’

Does it hurt that Chrigel Maurer (SUI1) is out front again?

‘It’s frustrating. It’s like when you play chess and you keep losing against the same guy. At some stage you’ve got to realise he is smarter than you!’

He added: ‘At the moment, personally, and with humility I say I can not compete with Chrigel. He is too strong. And now he is in Switzerland. Maybe I could beat him in the flatlands in Belgium, but not here.’

However, he is not focused on the rankings. Long experience has shown him that the best way to approach the Red Bull X-Alps is to fly your own race, in your own way, and to make the adventure your own.

‘Today the weather is good. Good enough to fly today. I think I did a good move yesterday – I avoided a mountain pass covered in snow, I saw it from the air and thought it will take too much time and too much energy, so I decided to fly south.

‘And now I am in a valley where I will hike to a take off and arrive at the perfect time to fly down to Davos. I hope to be in Davos around noon.