In this series official Red Bull X-Alps photographers give us their unfiltered behind the scenes insights of the world's toughest adventure race. 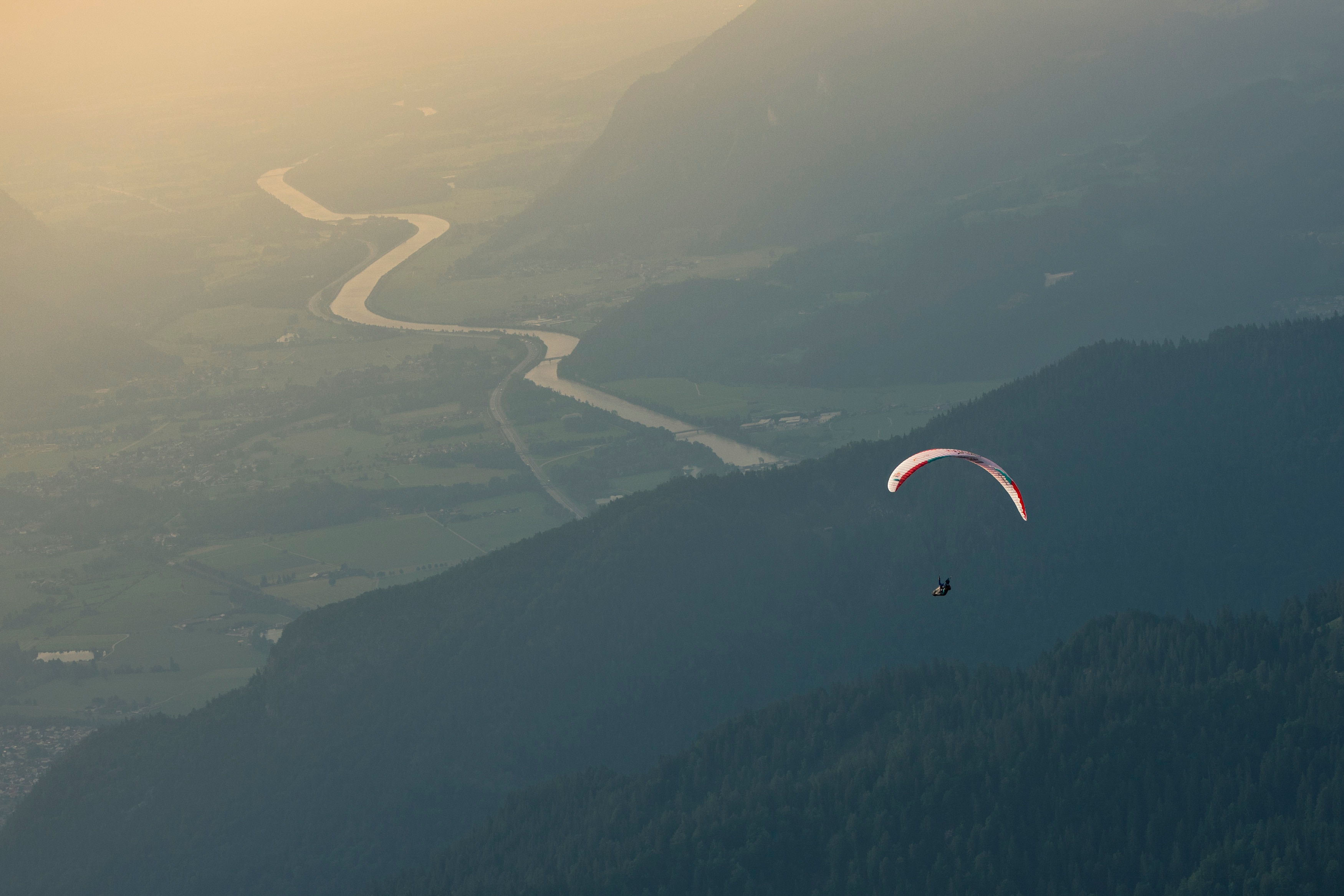 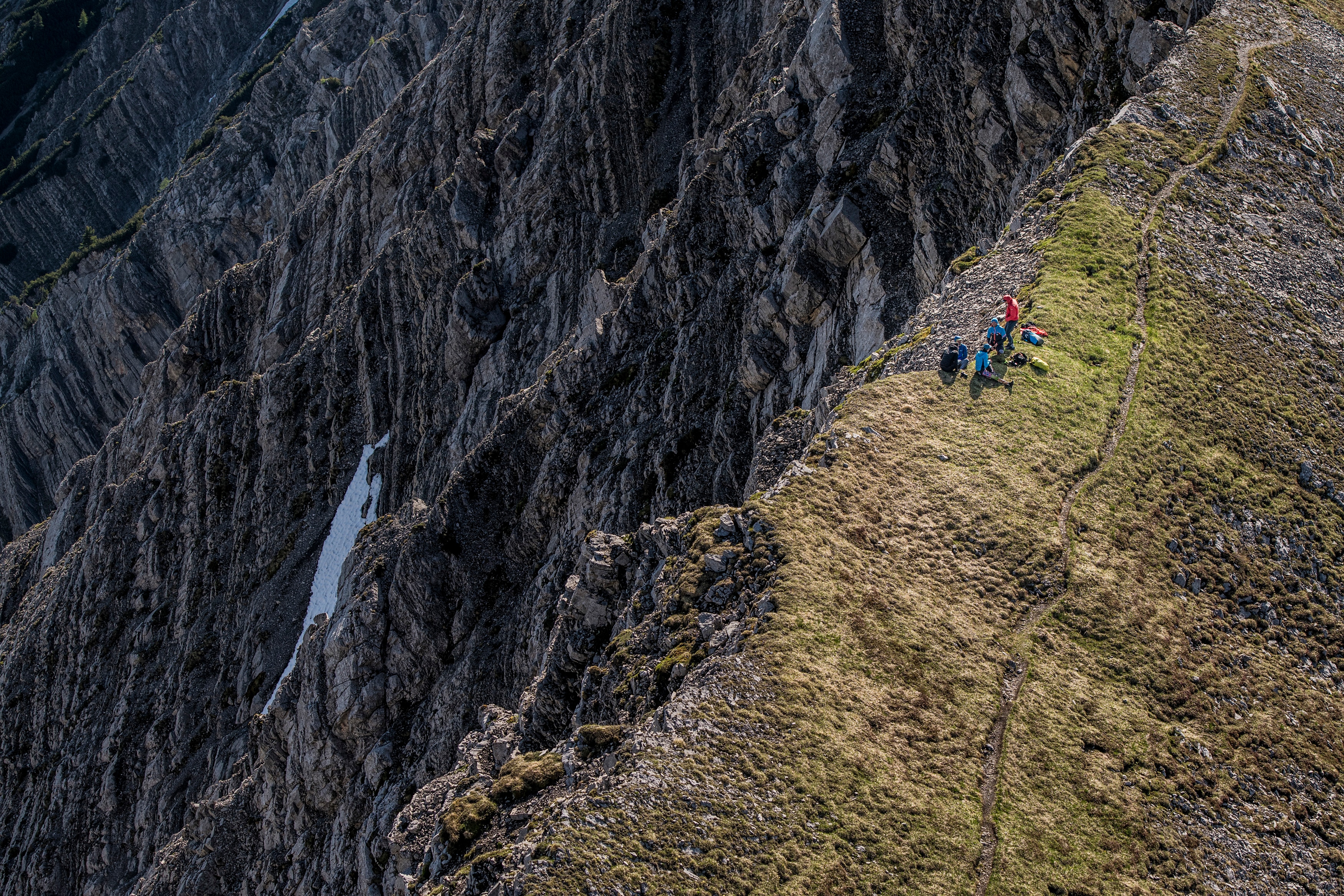 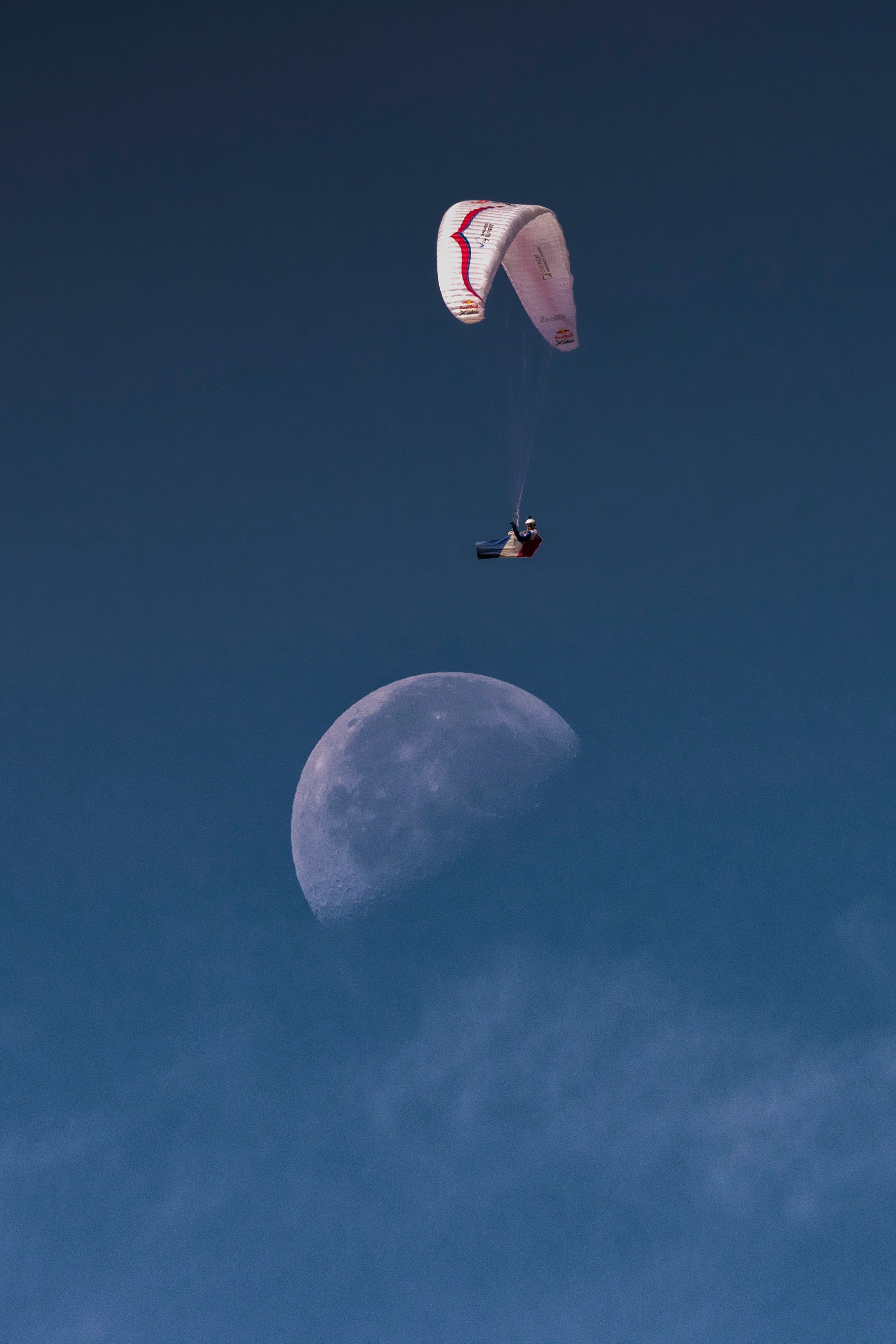 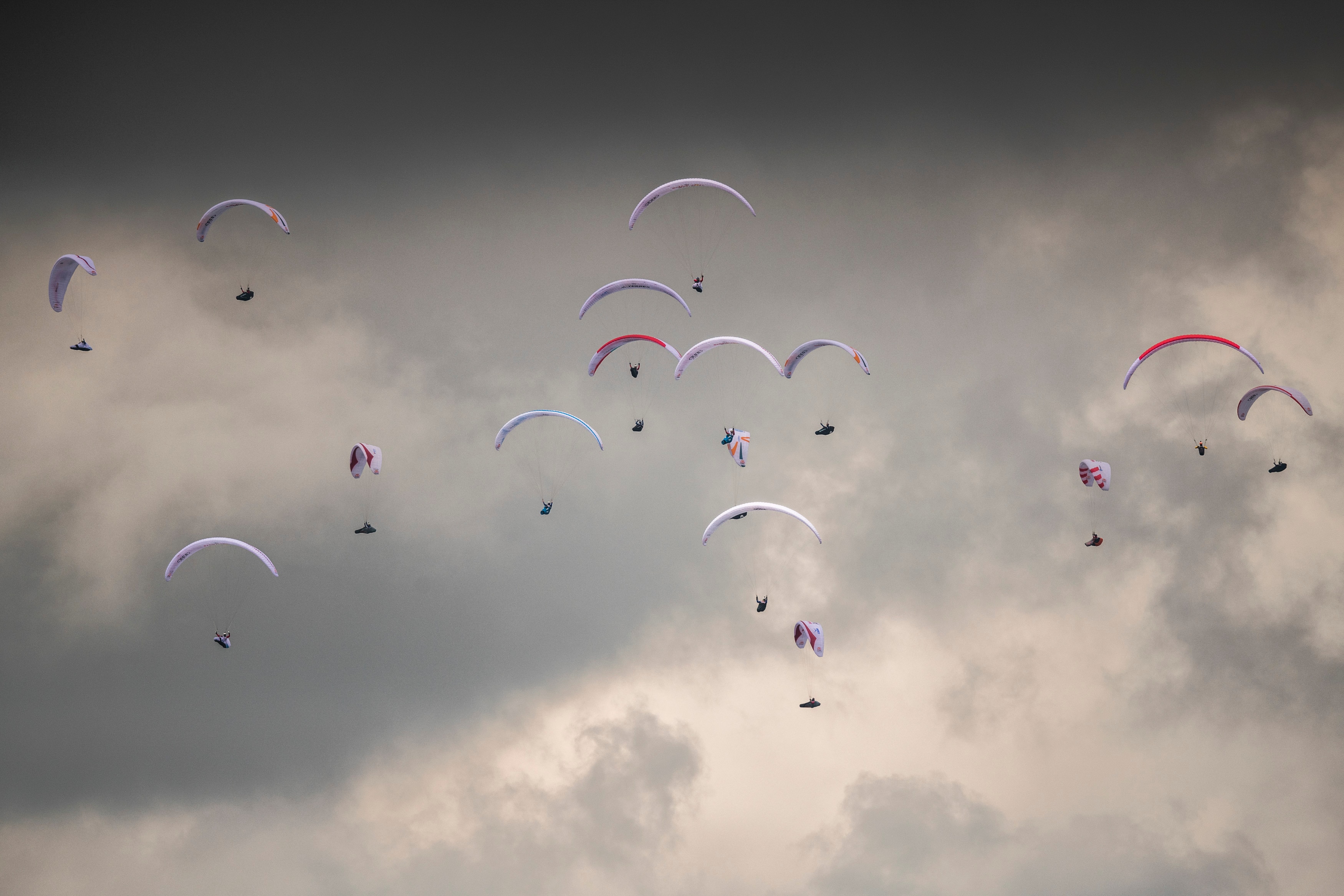 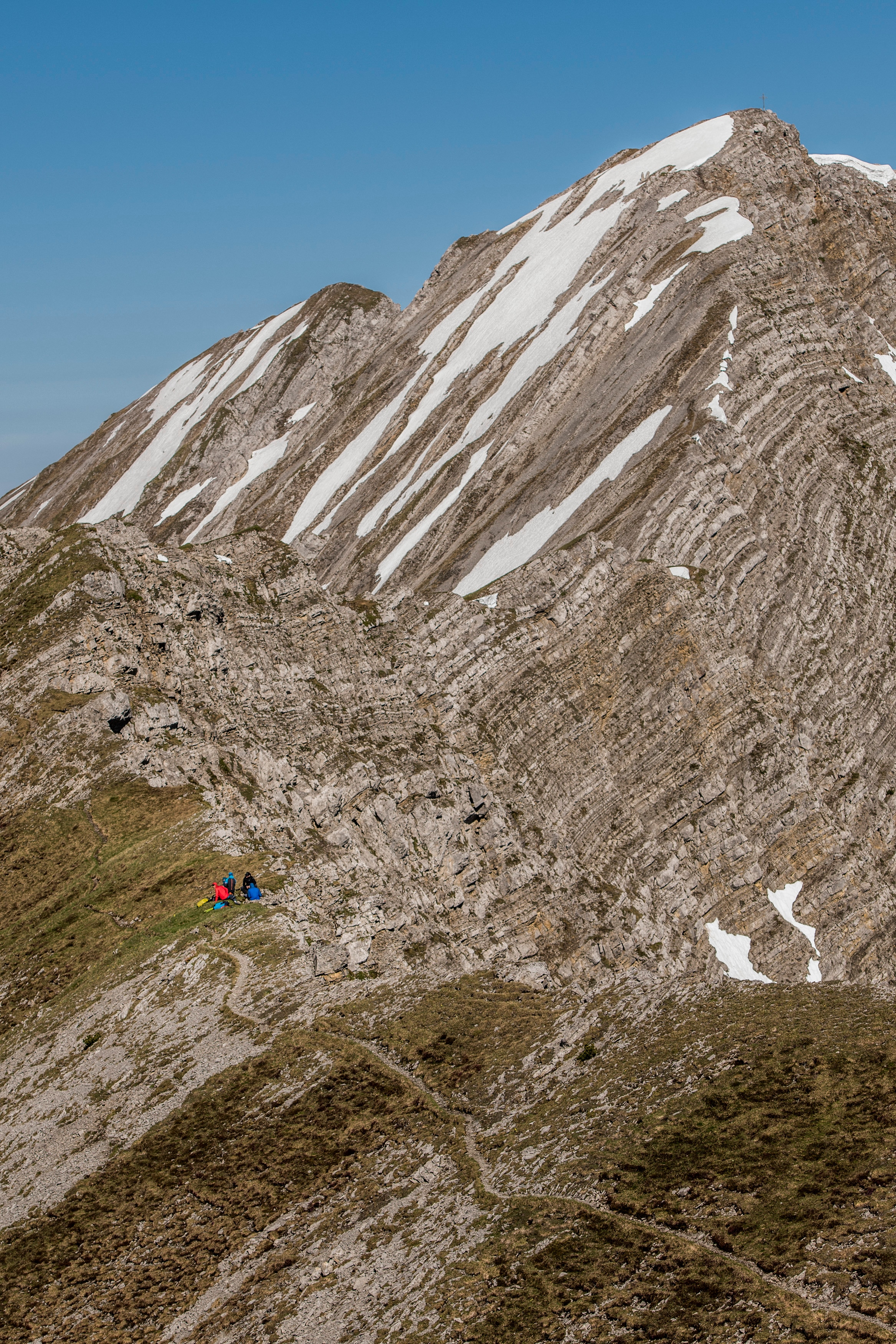 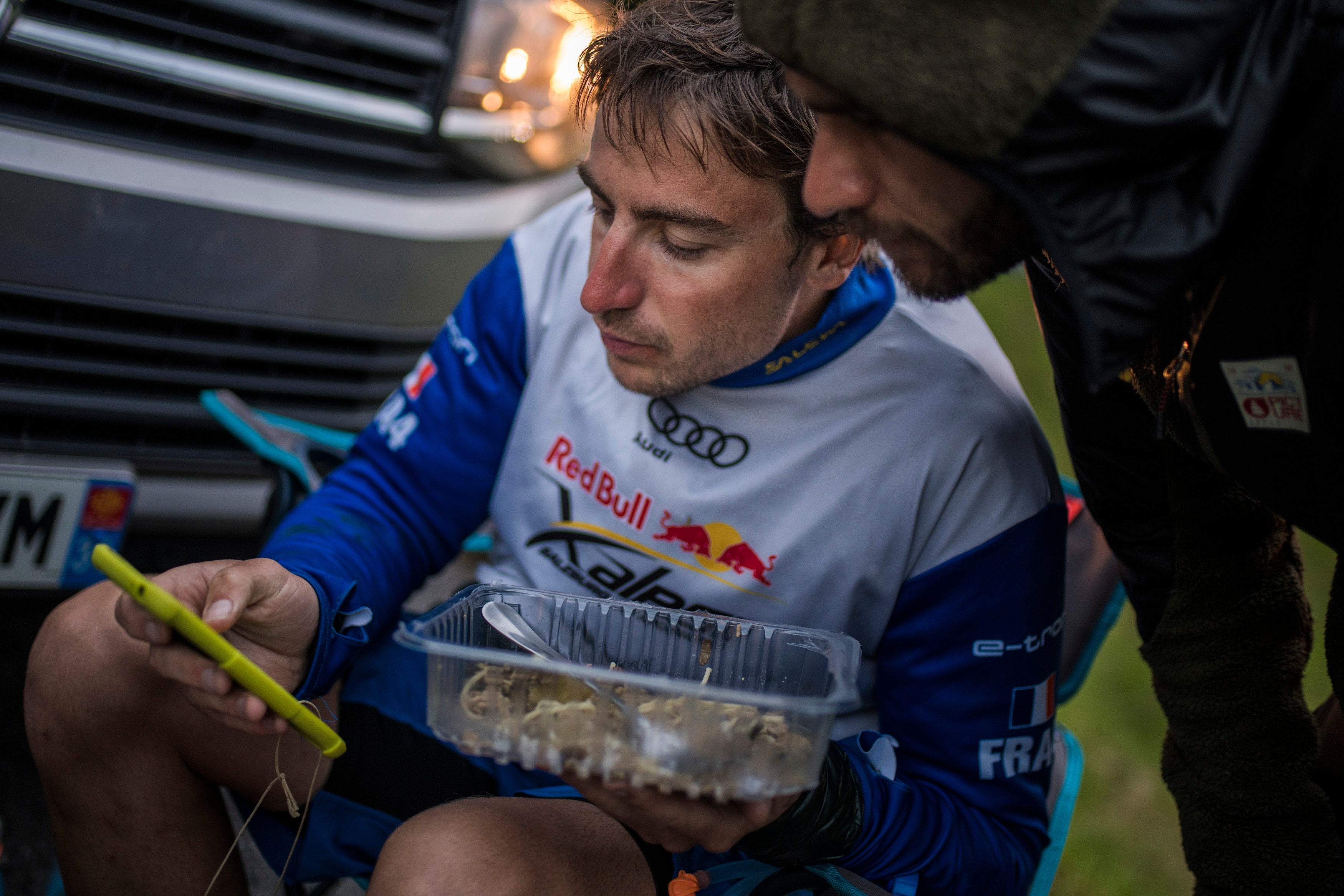 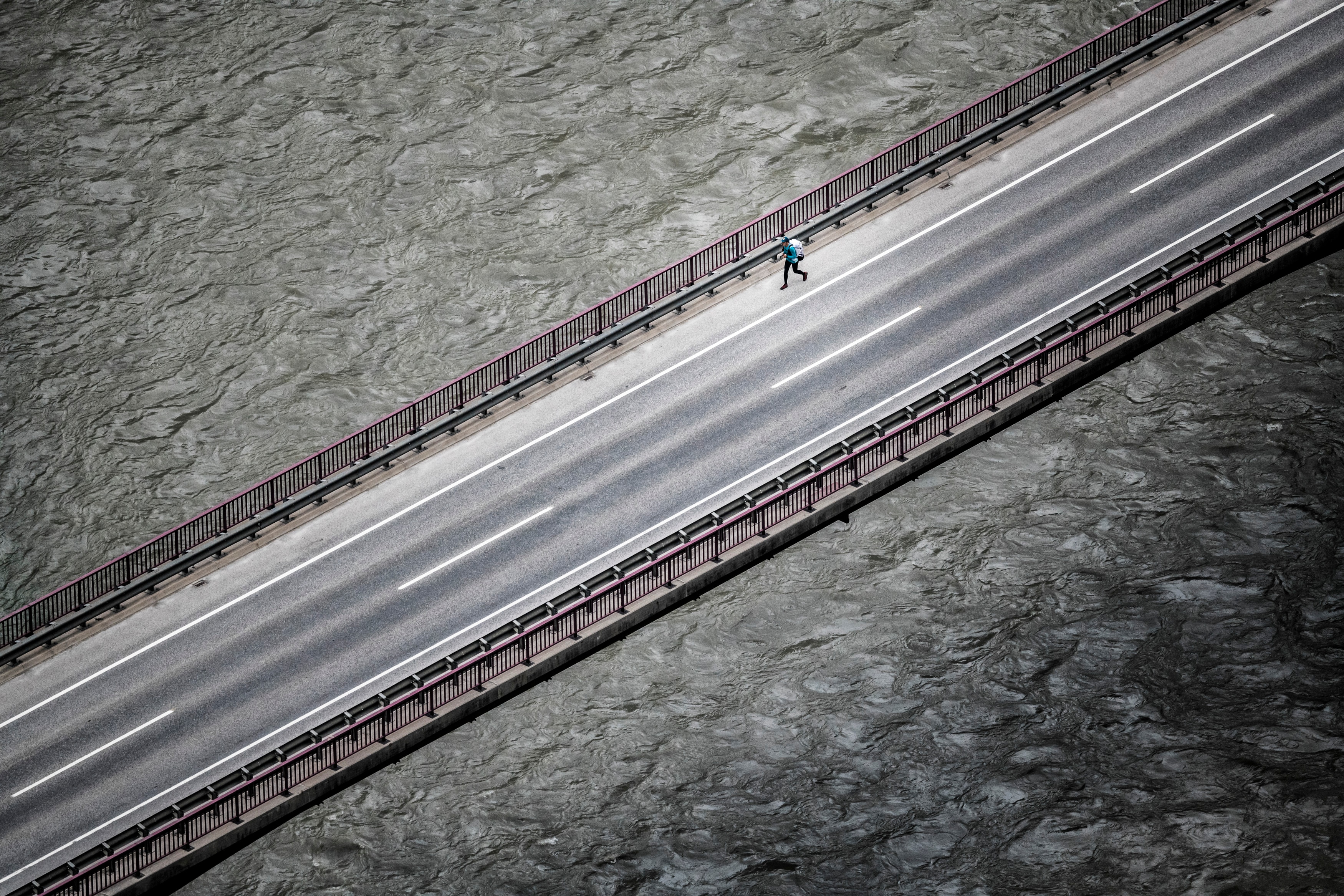 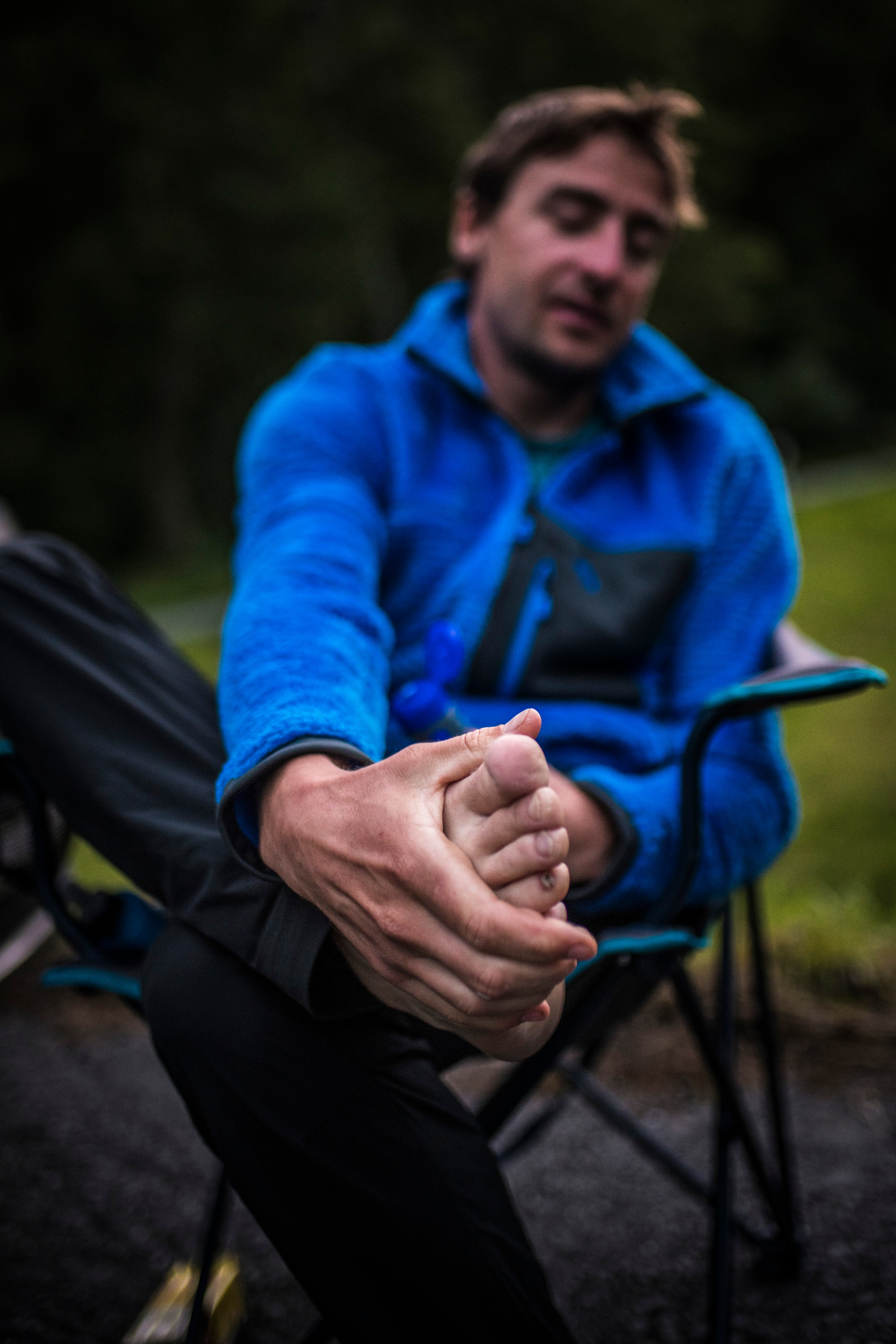 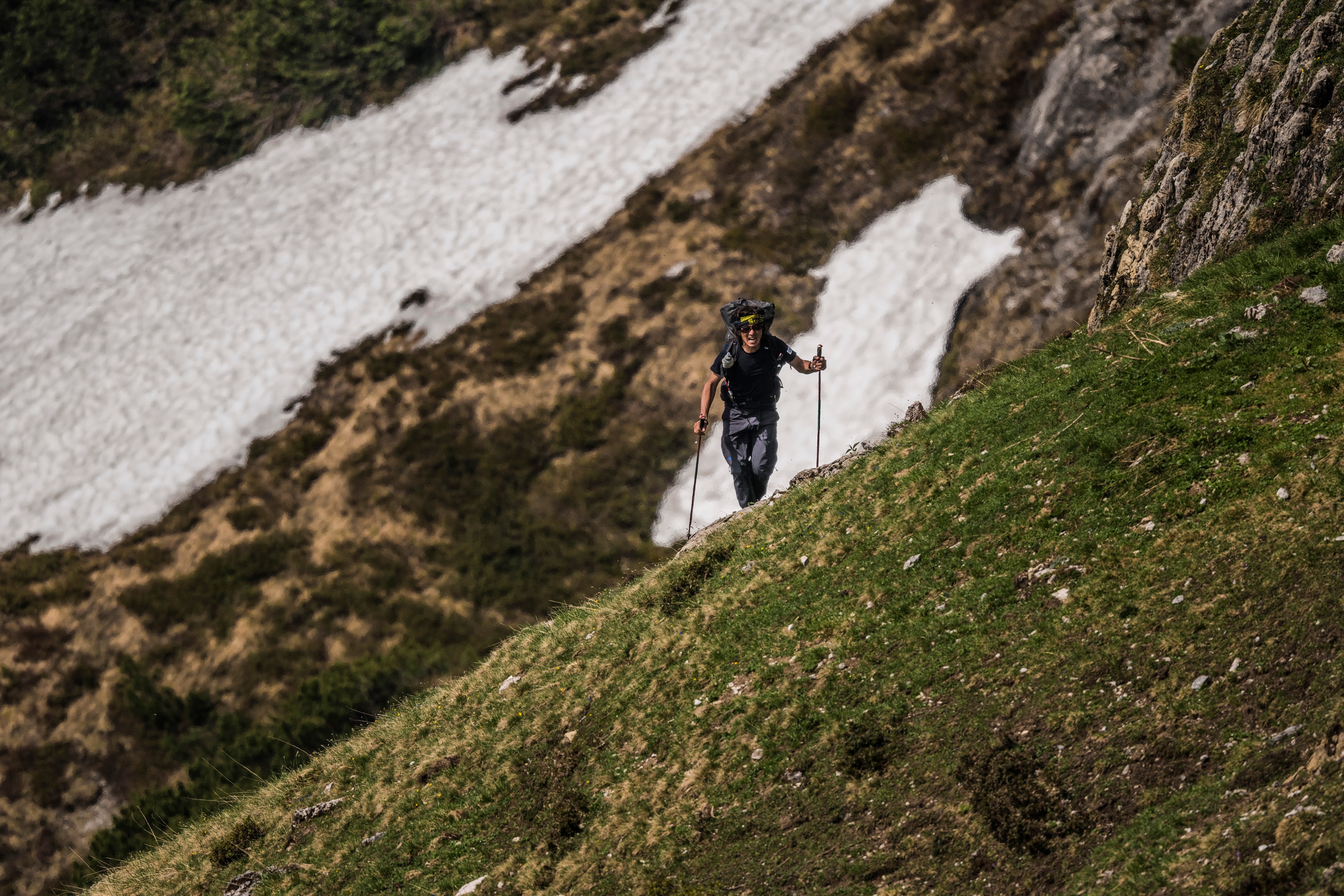 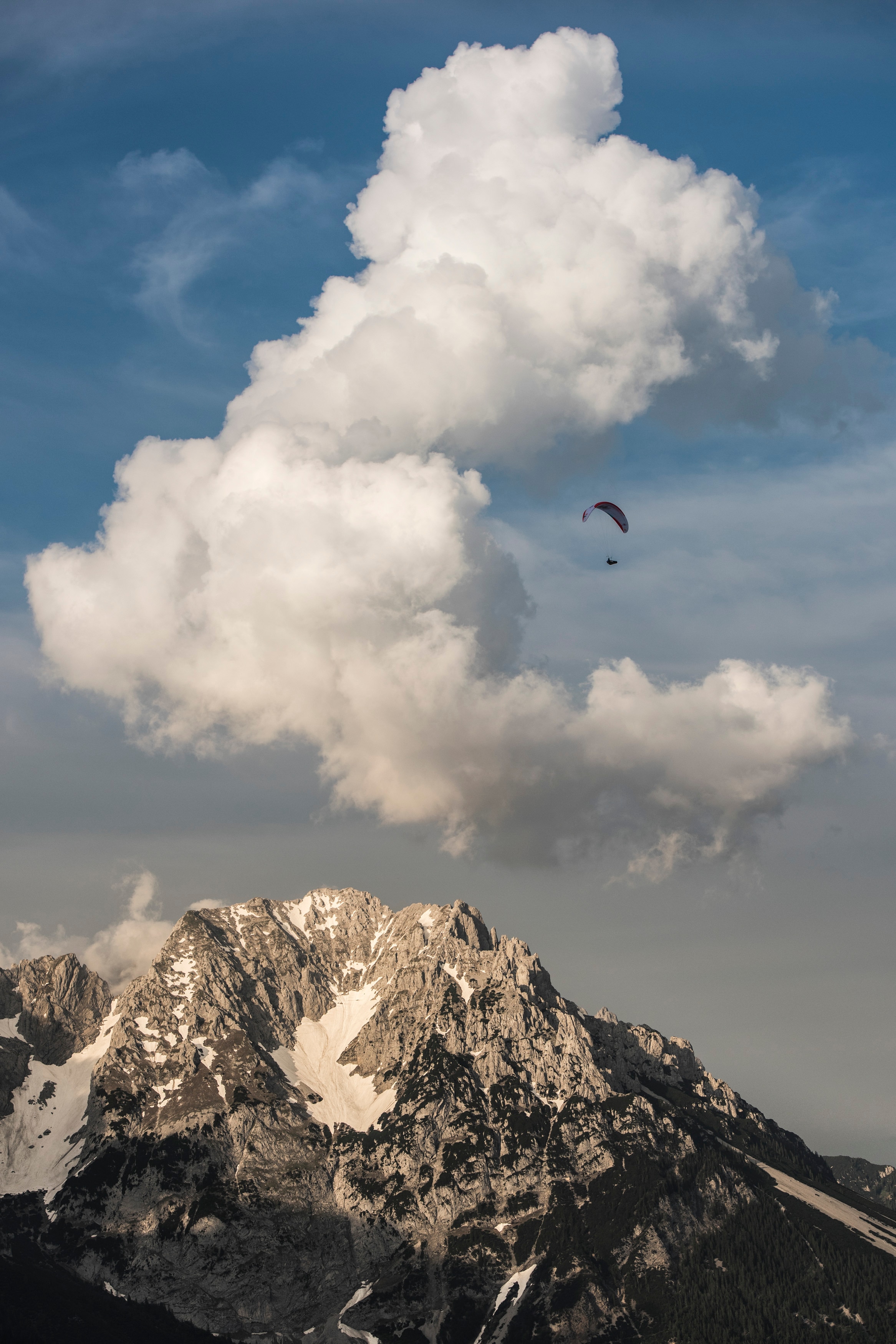 The last in our series where official Red Bull X-Alps photographers share their highs and lows from covering the world's toughest adventure race. Capturing images from the race helicopter, it’s easy to assume that Sebastian Marko has the best of the photographers’ jobs. But it’s actually harder than it looks, he tells us. Below he gives us the inside story on how he captured his best shot: Maxime Pinot flying over the moon.

C’mon, you’re in the chopper, shooting out the door. How hard is that really?
Most people working on the ground probably think we have an easy time up there, but nobody thinks about how we get those images. It’s way trickier than you might think. Basically we fight the same elements as everyone else but sitting in a pretty powerful whirlybird. And no, we can’t go everywhere we want.

Surely you can go anywhere?
Moments like ‘whoahhh, check out that waterfall down there!’ to, ‘damn, where do those cables come from?’ are sometimes very close together! We always need to be [focused] 100%. No picture is easy. Whether it’s thermals, rain, heavy gusts, hail, snow, sketchy winds – we pretty much experience everything on our journey to Monaco. And high up, things aren’t always easier.

It’s not just you up there is it?
We are a well-coordinated crew of photographers and filmers with different tasks. We have to rely on each other in any situation to make sure we get the best content out of it and survive doing that. It’s worked pretty well the last races (this is the fourth time together) and I’m stoked to be part of that dream team.

Tell us about the shot of Maxime flying over the moon. How did you nail that?
We were planning to head out in the morning from Briançon in France to film Maxime Pinot’s take off north of Brunissard, close to the mountain pass Col d’Izoard which is a super picturesque area. His supporter told us we have to be a bit lucky to reach his take off point at the right time as they didn’t know when he would get airborne. He would wait for the right thermals and not for the helicopter!

We calculated our flight time and discussed the footage we were hoping for in advance which is normal procedure – just to be sure to have a plan when things take an unexpected turn, like they always do. So we agreed to a delayed take off at 10:00am. The sun was just starting to heat up the east faces and we began to feel the thermals. During our approach from the north I saw the almost full moon the first time and immediately started to figure out a way to get it in a shot.

Was the shot spontaneous or did it require some planning?
We still had some minutes before our arrival to our designated spot so I informed our pilot, Mirko Flaim, about my idea. Knowing we can’t plan that shot I wanted him to know what to do very quickly if we got the chance. I gave him a fast crash course about super tele lenses and how it effects the size, and the distance I wanted between us. Mirko is super experienced in aerial filming so he knew immediately what I was looking for.

How did it go?
When approaching the Col d’Izoard things almost went like planned, Maxime took off right when we arrived. We followed his fight to gain some altitude when all of a sudden he crossed the valley to the east. That wasn’t perfect but it was still doable. I guided our pilot as fast as we could all the way down in that valley to get the right estimated angle. The rest went pretty quickly. I had to lean out on the skids and shoot through the rotor blades, three fast shots and the moment was over. We got what we aimed for and I’m still happy about that, thanks to Mirko who got me in the right place at the right time!

For more of Sebastian's work check out his Instagram: @sebastianmarko