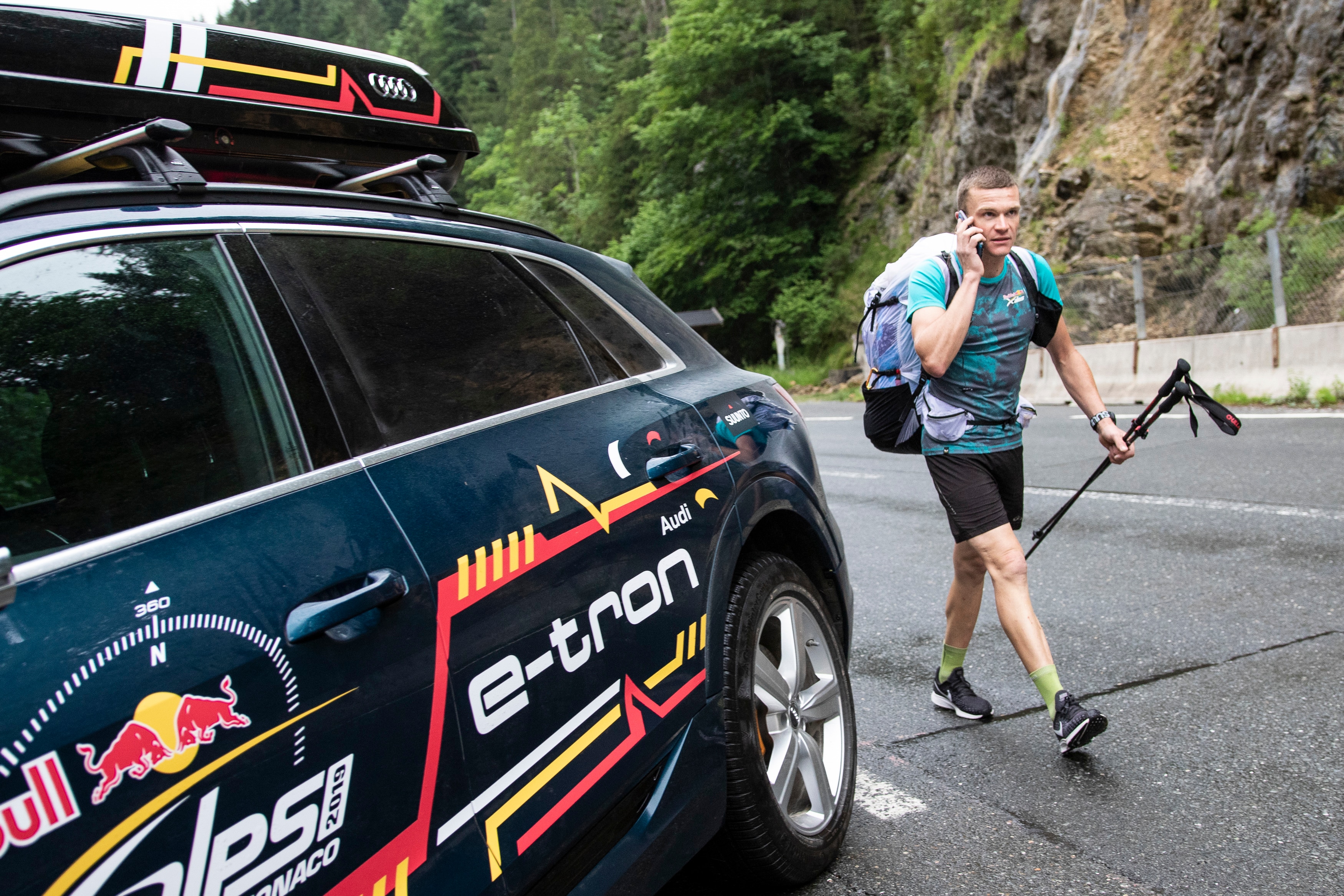 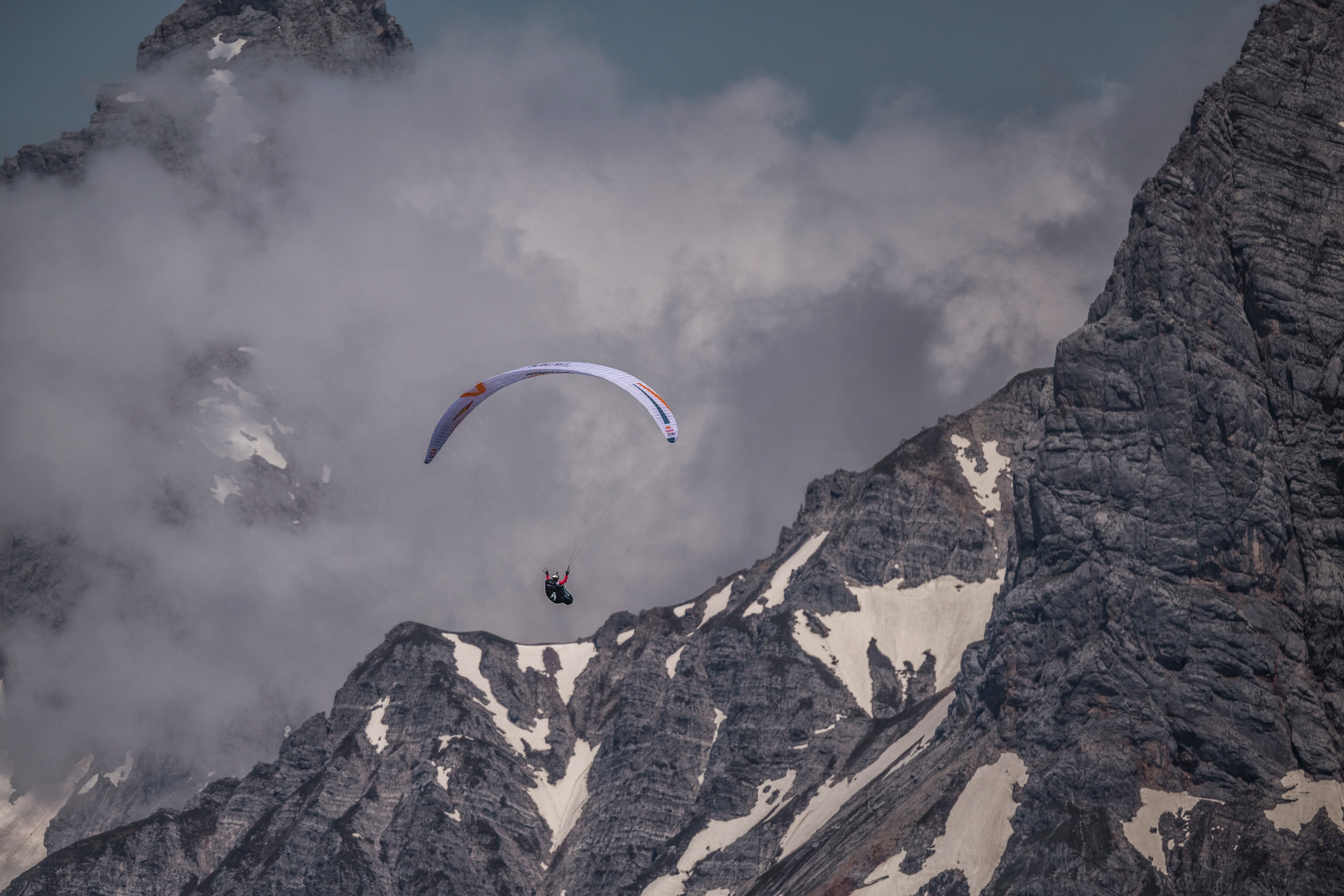 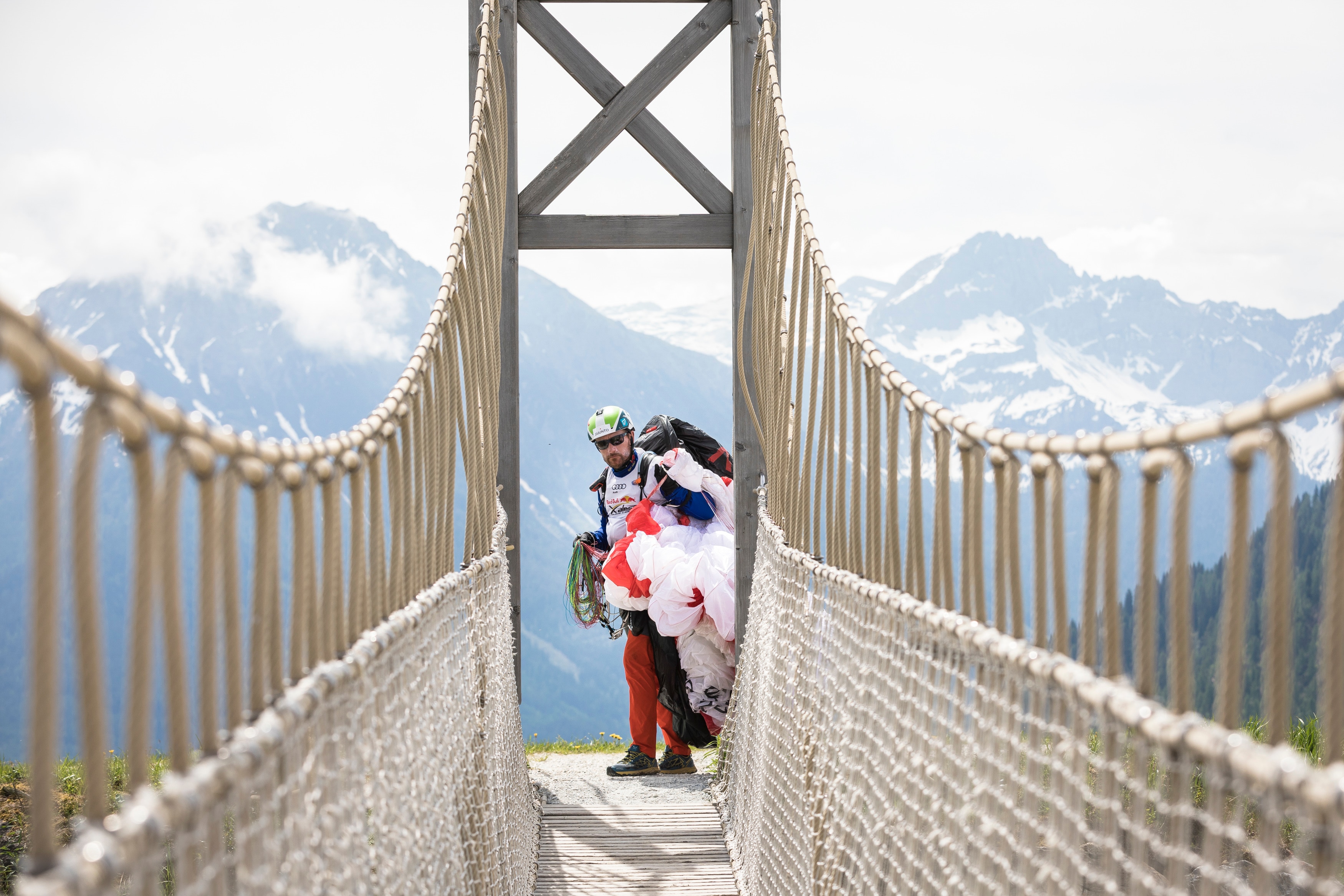 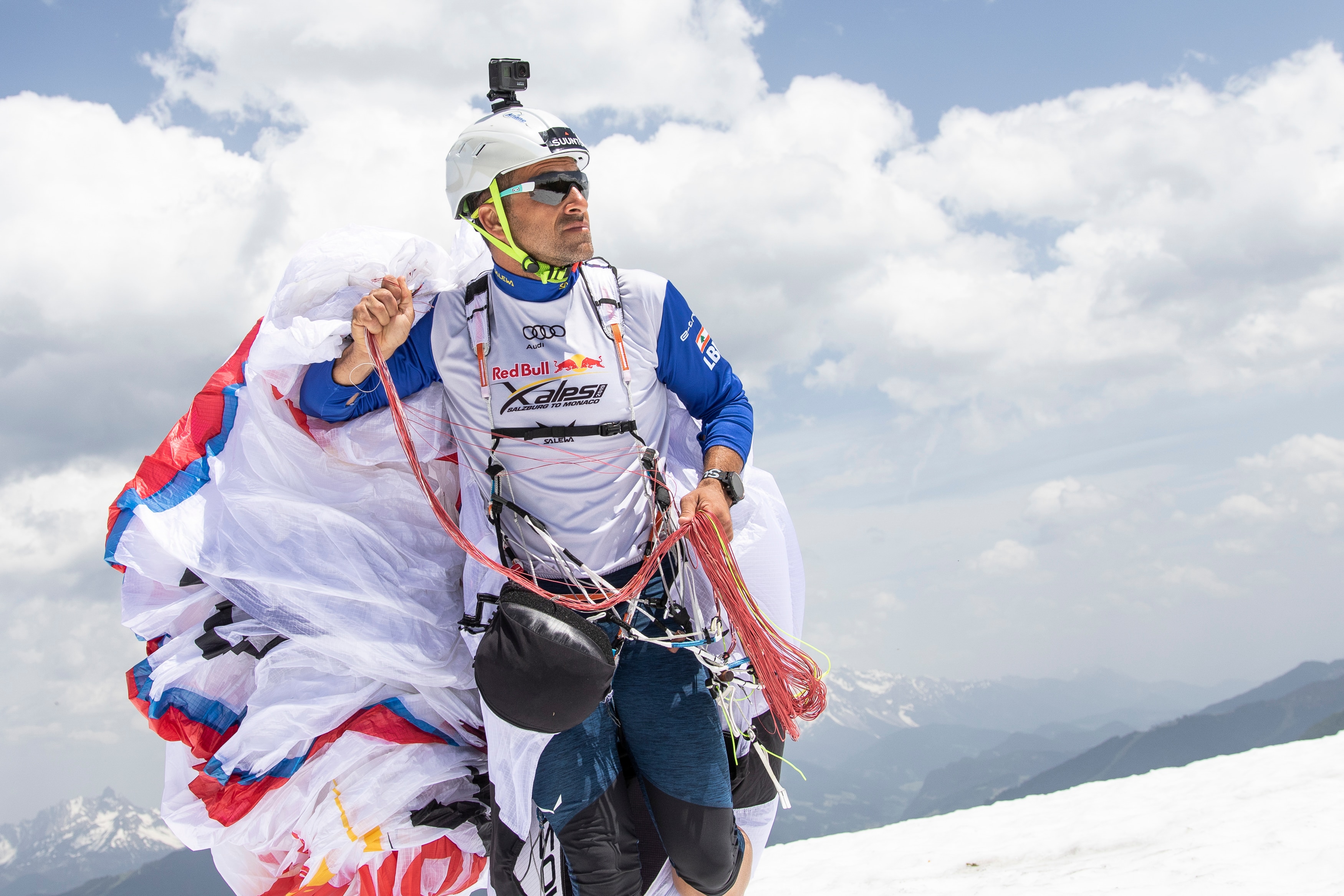 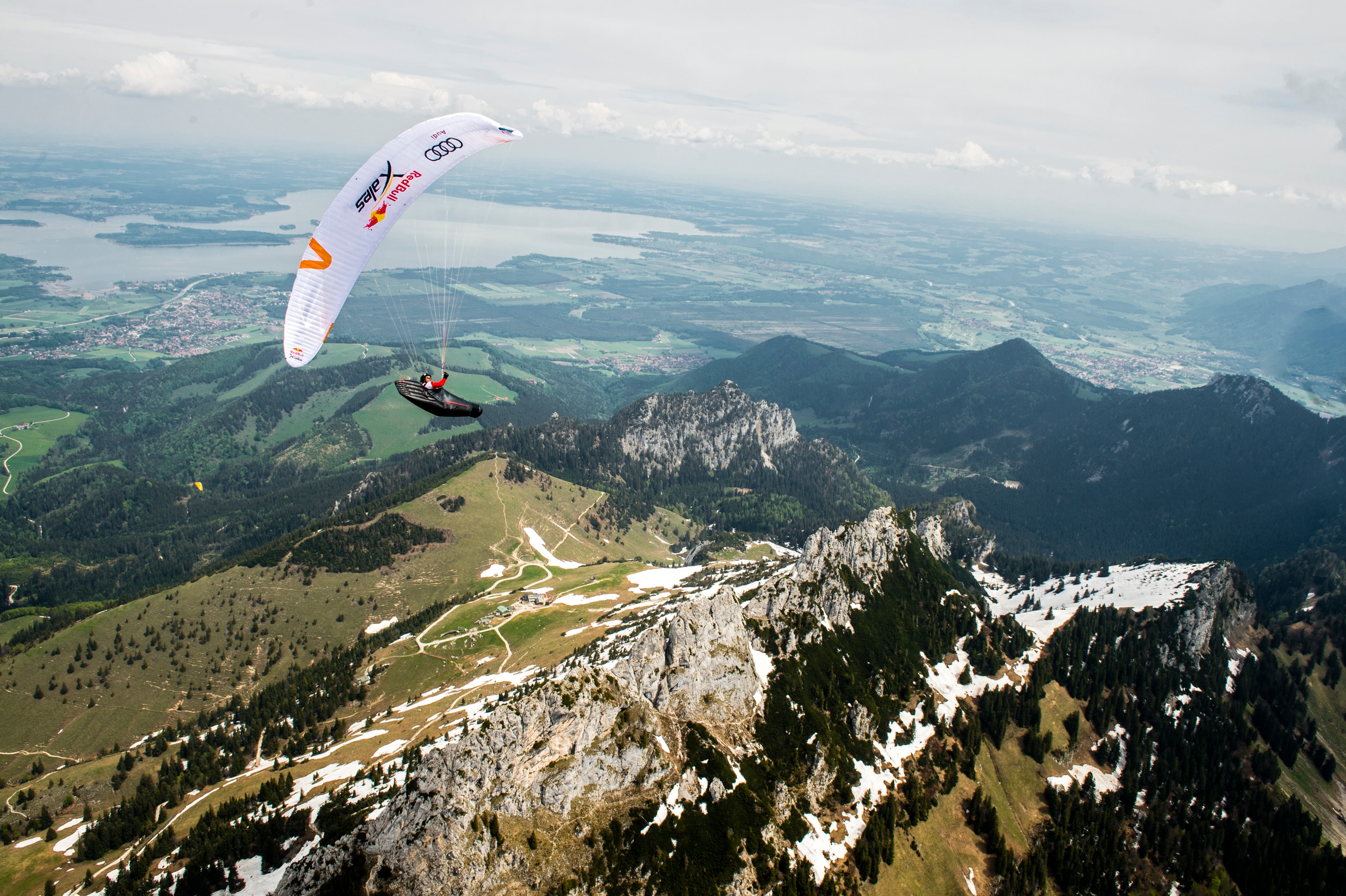 He’s made his move. But this time he’s got some French company. Chrigel Maurer began the day at Turnpoint 2, Wagrain-Kleinarl. By close of play he was well on the way to Turnpoint 4, Kronplatz.

But hot on his heels are three French athletes, desperate not to let him get away: hotly-tipped rookie Maxime Pinot (FRA4), Benoit Outters (FRA1) – last edition’s second place finisher – and by late afternoon, Antoine Girard (FRA3) had joined the fray.

The French are determined to claim a Red Bull X-Alps victory and with such as stellar cast of athletes in this year’s race, their hopes have never been better placed. But if they are to succeed, they will still have to find something above and beyond to rein in the five time champion.

By late afternoon most of the pack had cleared Turnpoint 3, Aschau - Chiemsee, where a huge crowd had gathered to welcome the athletes’ arrival. The party looked like it was going to continue, well into the night.

Behind the leader pack and chasing hard were a chaser pack of 11 athletes all within 20km of each other. What is interesting is that it comprises a real mix of athletes, consisting of veterans like Toma Coconea (ROU), Tom de Dorlodot (BEL) and Evgenii Griaznov (RUS), (who have done the Red Bull X-Alps 18 times between them).

“It’s been an amazing day,” says former athlete and race watcher Tom Payne. “It’s great to see the gang of four [Maurer, Pinot, Outters and Guschlbauer] at the front pushing so hard. Chrigel is proving he still has gas in the tank but the game is far from over.”

The day began slowly and not always with great promise thanks to a low cloud base. Maurer and Guschlbauer even had breakfast together before the flying got going. After hiking up to the launch site above Turnpoint 2, Wagrain-Kleinarl, many athletes chose to sit and wait, among them Eduardo Garza (MEX), Gaspard Petiot (FRA2), Marko Hrgetic (HRV), Thomas Juel Christiansen (DNK) and Willi Cannell (USA2). Athletes such as Gavin McClurg (USA1) and Baris Celik (TUR) who could not wait, soon found themselves on a glide to the valley floor – not that it hindered McClurg.

But the real action of the day belonged to the south face of the huge limestone rock walls of the Hochkönig mountain. The ‘High King’ witnessed almost the entire fleet of athletes paying homage, hoping to benefit from the warm air coming off its face.

It wasn’t easy going and athletes worked together to make the most of conditions. But they were helped along by a south-easterly wind which mean that at times, athletes were flying at speeds of up to 70kph.

However, by late afternoon that wind had swung around to the north, simultaneously hindering the  next batch of athletes hoping to make Aschau-Chiemsee while benefiting the leader pack heading south.

It’s been an incredibly fast day and the French have really proved they can challenge Maurer on the ground and in the air. The race outcome is far from fixed.

At the back, Rodolphe Akl (LBN) has pulled a Night Pass. He faces a 30km night yomp to catch Dominika Kasieczko (POL). Anyone else and that would be a tall order. But as a military man, it’s just the thing he might be able to pull out of the bag.

Follow the athletes on their courses as the sun sets!

TV BREAK
THE WILL TO WIN