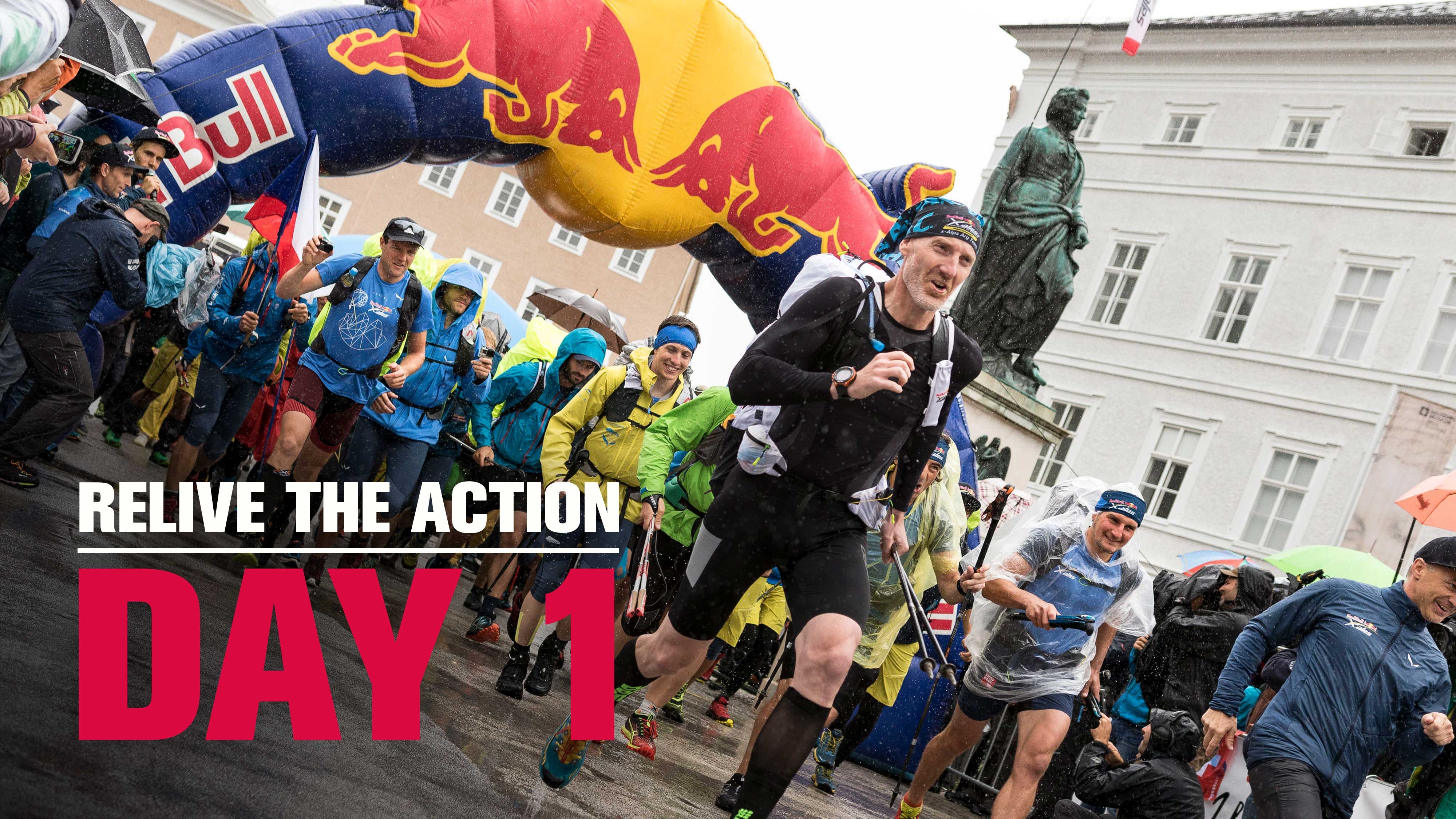 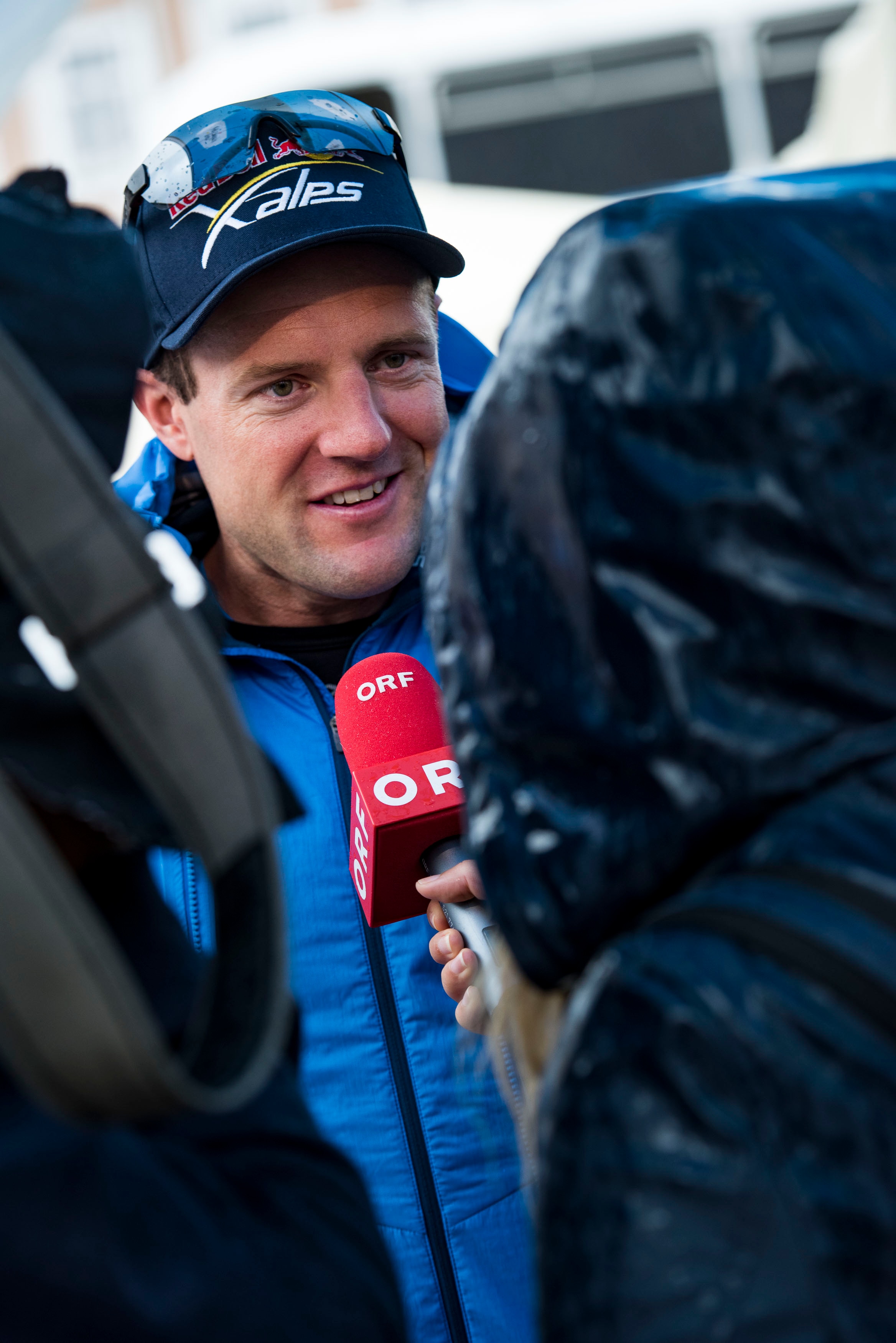 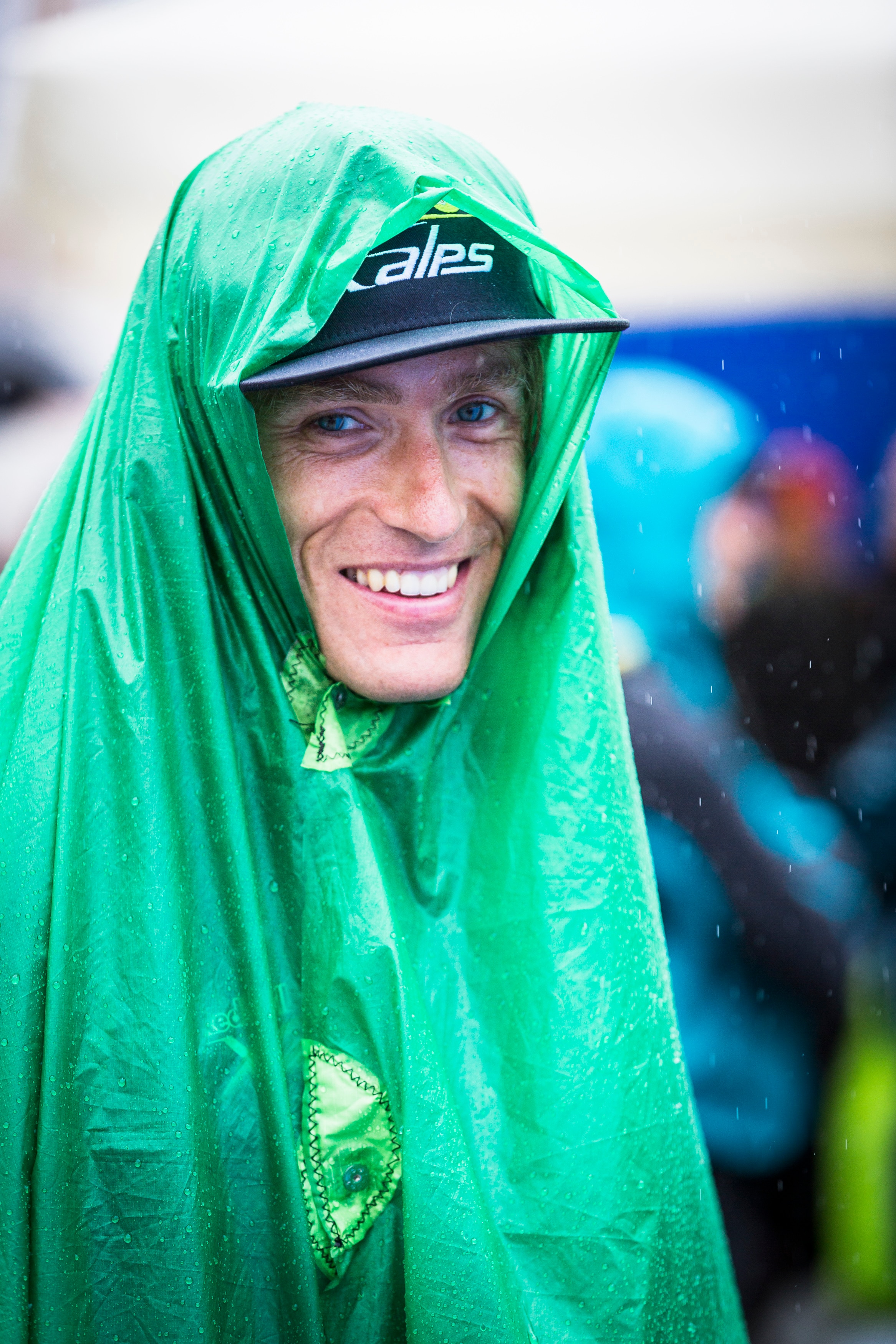 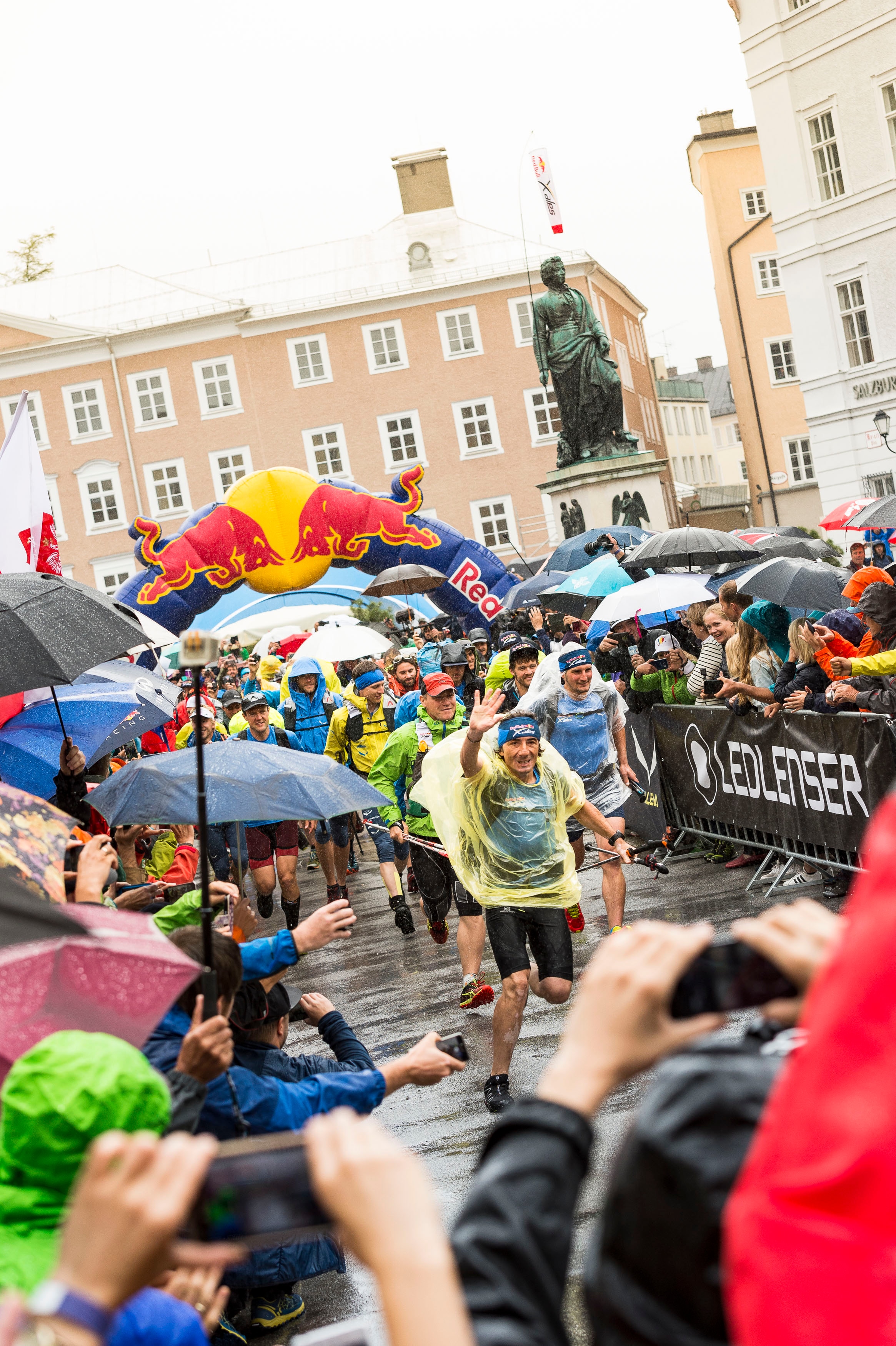 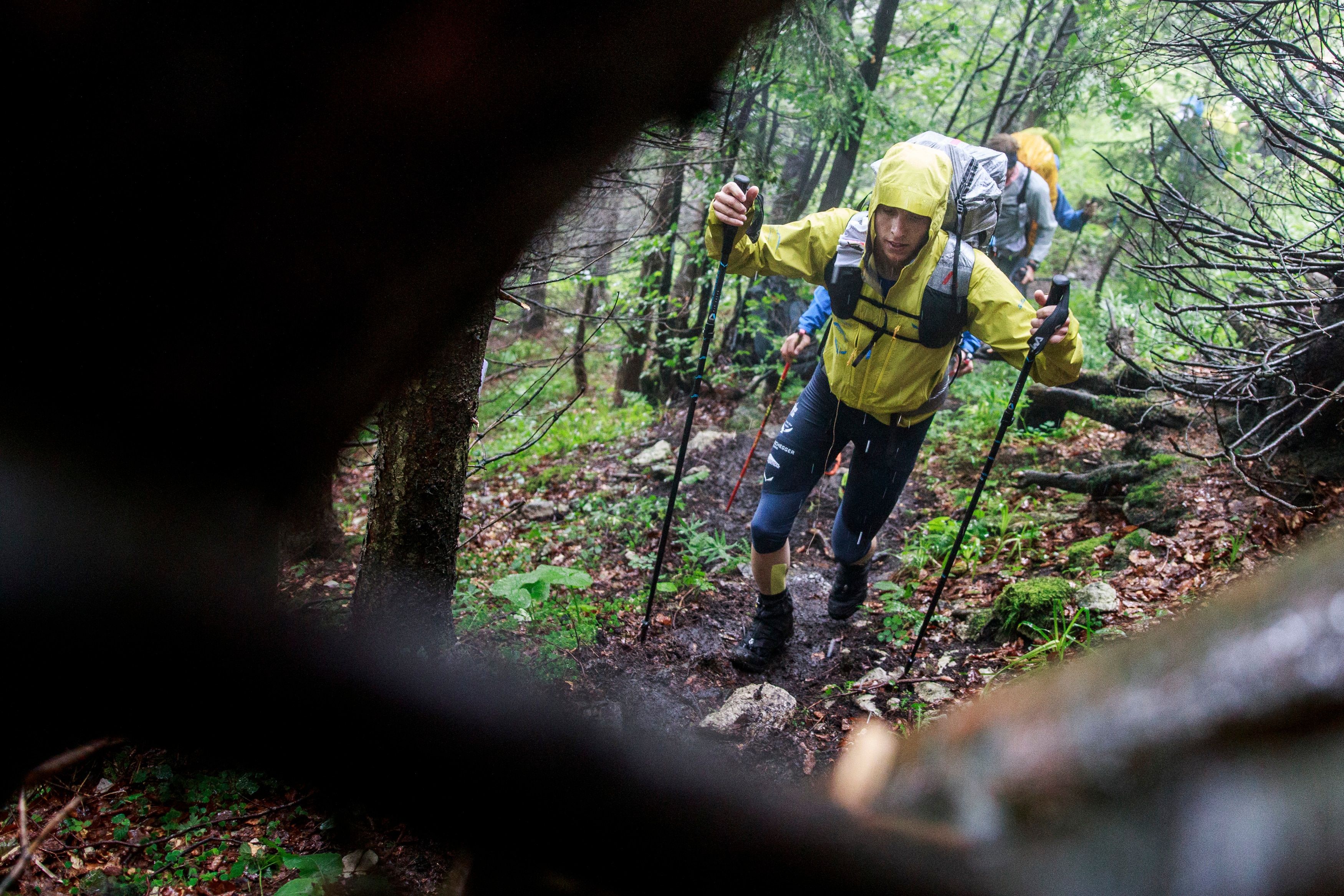 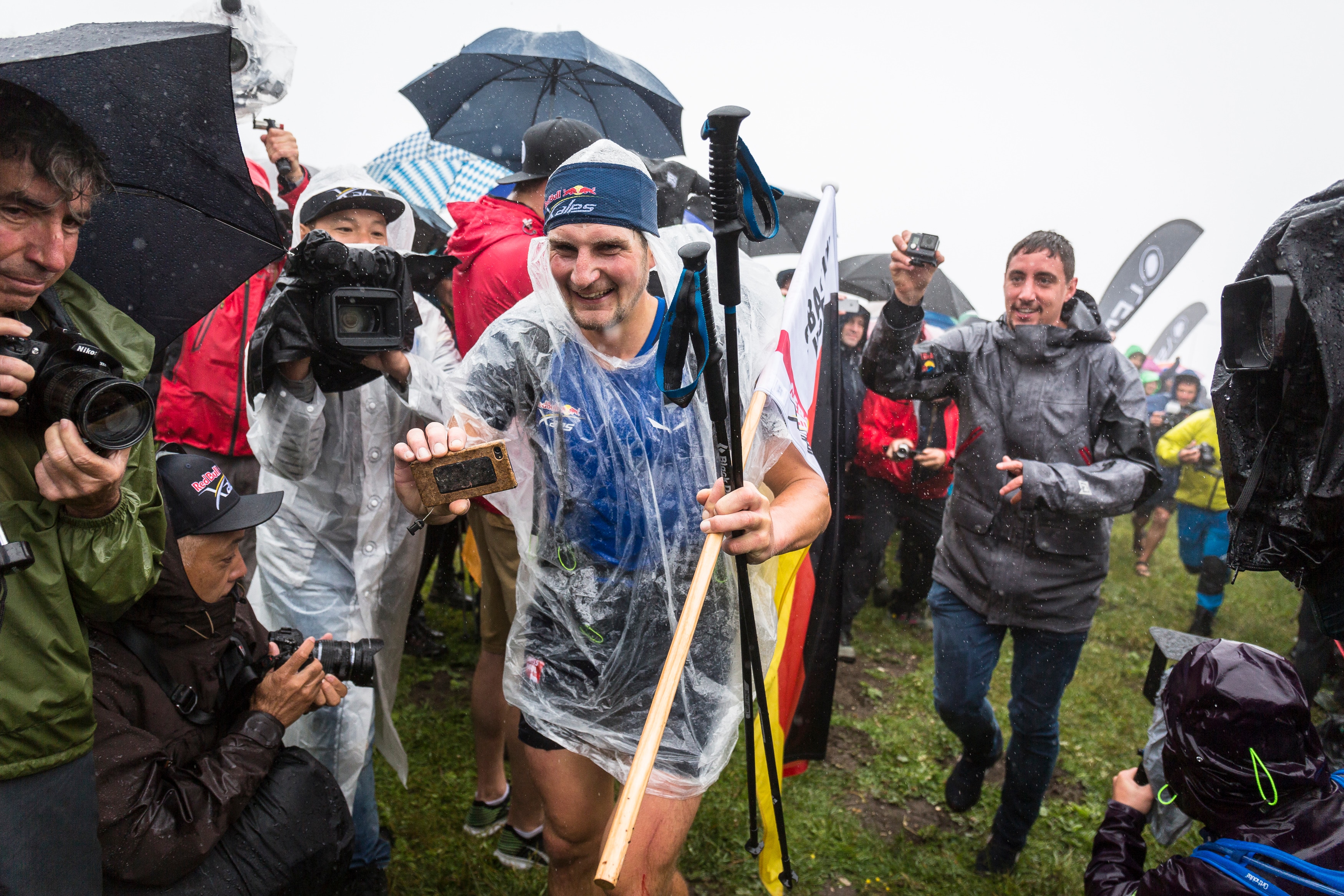 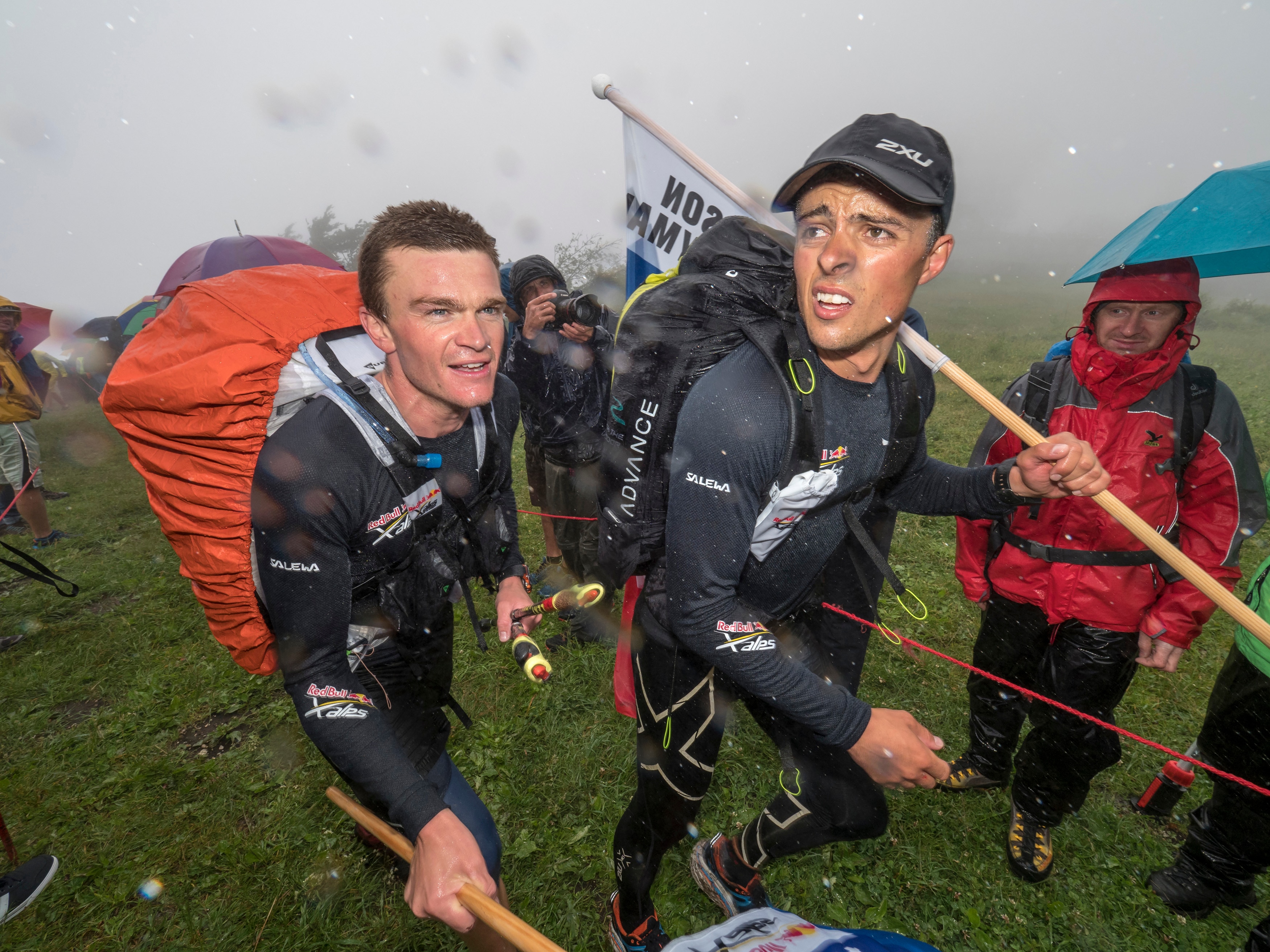 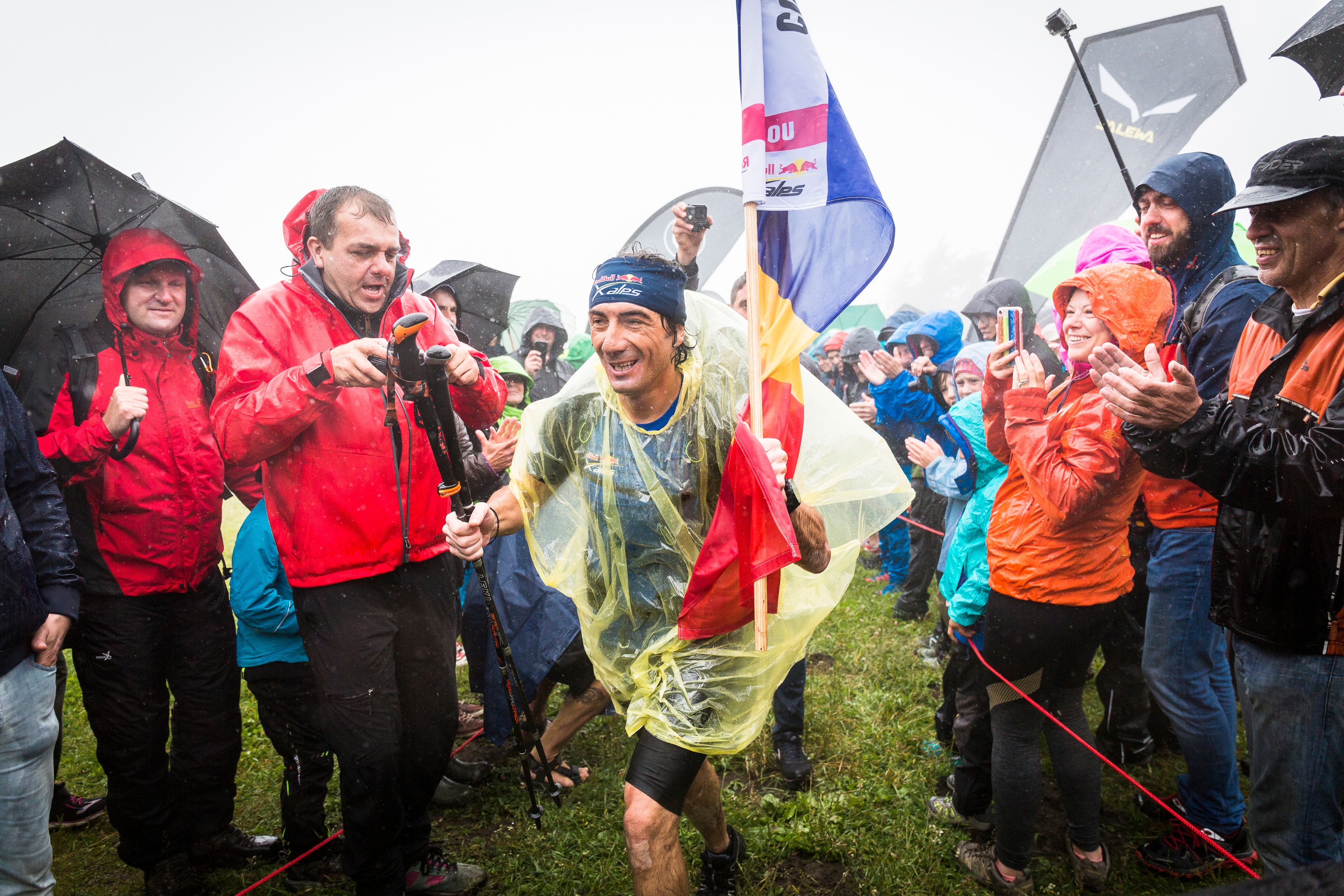 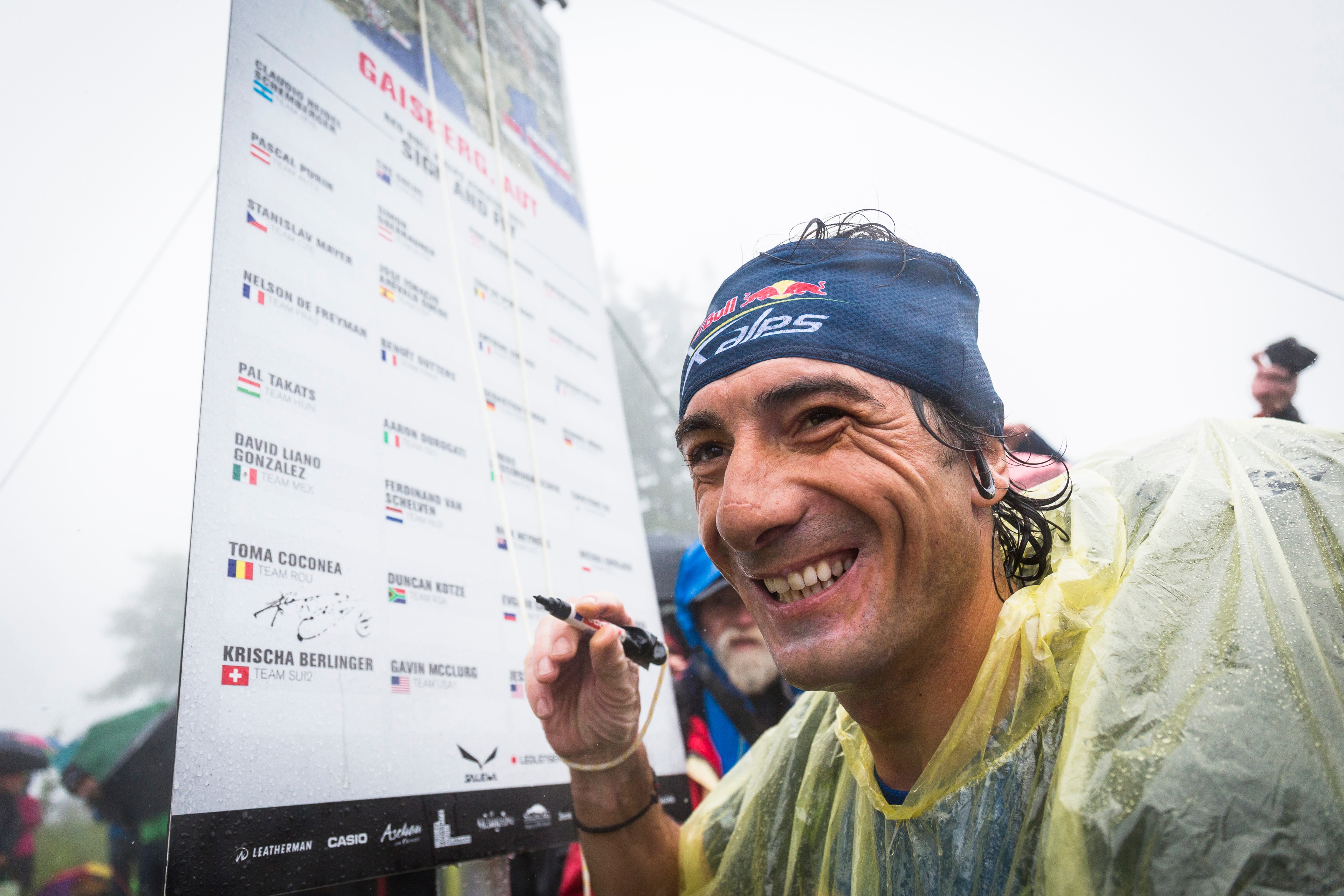 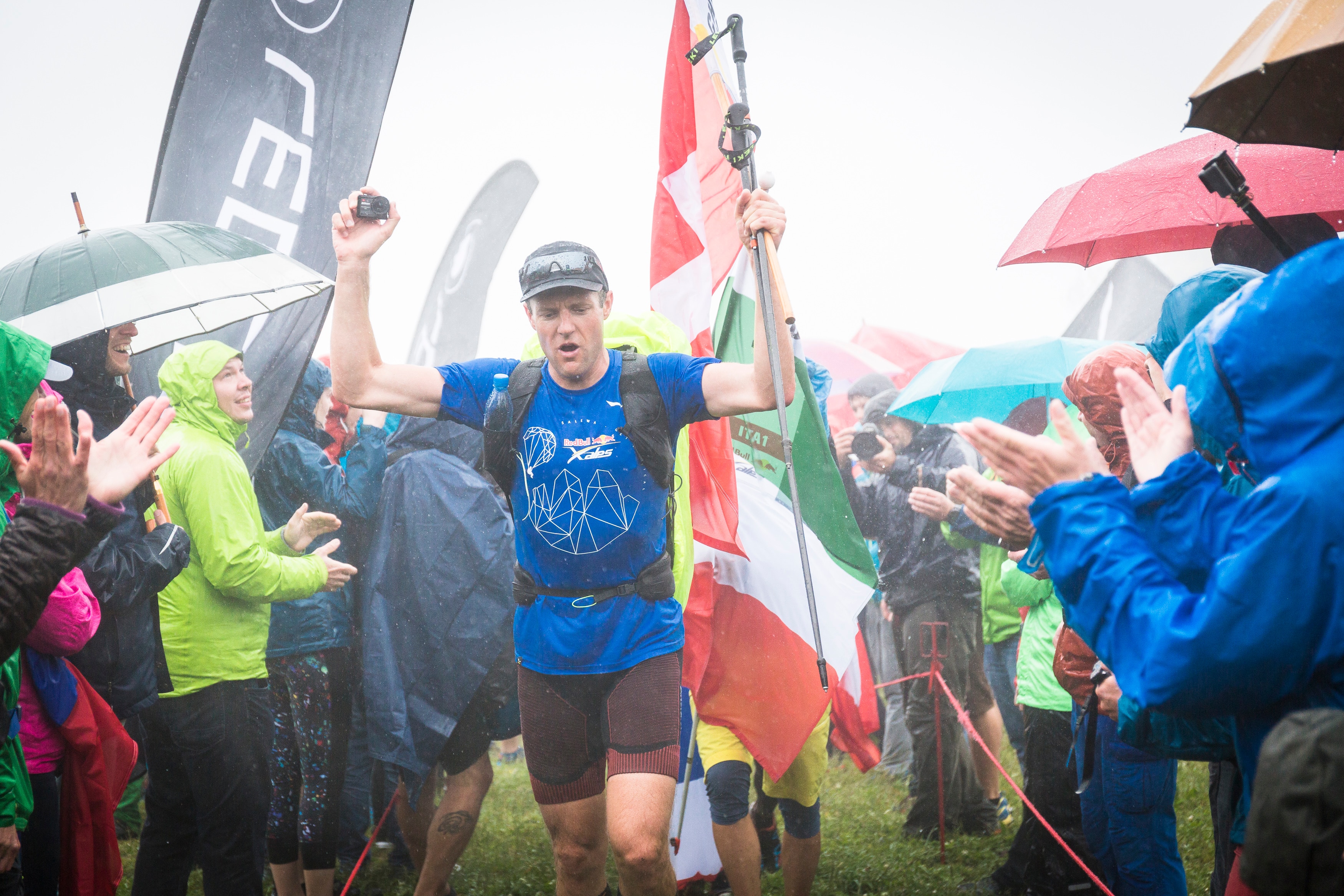 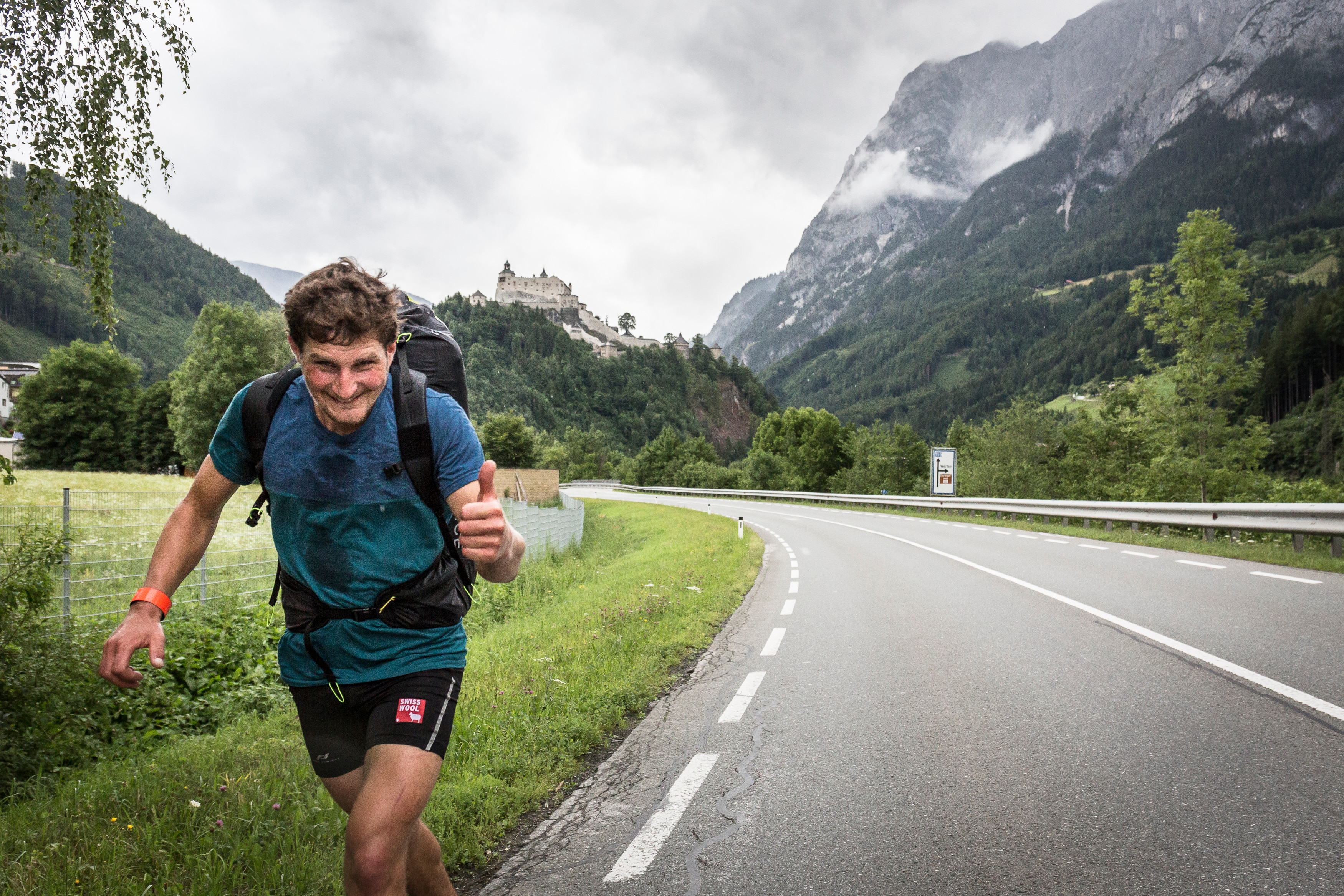 Relive every step in our recap of the greatest moments; from intense battles and mesmerizing live footage to the athlete’s unique insights. And we're starting right off, with Day 1 of Red Bull X-Alps 2017.

There is a magnificent Austrian castle 45km south of Salzburg, perched high on a hilltop, called Hohenwerfen. It featured in the classic film The Eagle Has Landed and more recently in the cult Amazon series, The Man in the High Castle. On the first day of Red Bull X-Alps 2017, at approximately 19:00hr, it provided the backdrop to another landed eagle, a human one, lying in fourth place – not that he seemed too bothered.

In fact, <link https: www.facebook.com redbullxalps photos a.337474363540.153540.53649398540 _blank>Chrigel Maurer looked like he was thoroughly enjoying himself, hanging out in the pack with other athletes, which is probably the first time he has had this experience.
<link http: www.redbullxalps.com news article coconea-versus-google-maps.html _blank>Check out the "Coconea versus Google maps"

But the real story was about 7km ahead as the <link https: www.facebook.com redbullxalps photos a.337474363540.153540.53649398540 _blank>indomitable Toma Coconea stormed ahead at a steady 6’30 min/km pace. Perhaps after the 2015 edition he felt like he had something to prove. Or perhaps he’s determined to show that at the age of 42, he’s still got what it takes to compete at the top.
(When he took part in his first Red Bull X-Alps in 2003, Tobias Grossrubatscher (ITA2) was 10 years old.) Or maybe it was just some of that famous Romanian spirit. Whatever the case, he was a man on a mission. And having pulled a Ledlenser Night Pass he was showing no signs of slowing down.

Also putting in a strong performance up front was Jesse Williams (USA2), who supported Honza Rejmanek in 2015. “He has this ability to cover ground fast,” Honza told us before the race start. Indeed he does.

Elsewhere, it’s been a story of the <link https: www.facebook.com redbullxalps videos _blank>worst weather for an opening day in Red Bull X-Alps history. There may have been snowstorms on the Dachstein in 2011 and only sled-rides possible off the Gaisberg in 2009. But this is the first time no one has been able to take to the air on Day 1. With visibility down to 50m, driving rain and strong gusts, flying off the first Turnpoint was out of the question.

“It can only get better,” a visibly cold and wet Pascal Purin told us on the summit.

All hopes were on the weather forecast for Day 2 offering some flying potential. But it surely was an interesting start. As part of the Leatherman Prologue, the start times on Day 2 were all staggered according to how far an athlete finished behind the winner. So while Aaron Durogati and Sebastian Huber could set off together at 05:00, Antoine Girard (FRA1) set off at 06:01:42. Because he missed the Prologue due to sickness, Maurer set off one hour after the last athlete so he will not get going until 7:31:21.

In the meantime, all eyes were on the Romanian running man Toma Coconea. How far will he go overnight? Will he be able to keep it up? Also ones to watch are Sebastian Huber and Gavin McClurg who also both pulled Night Passes. Remember that Huber has another one up his sleeve.

Speaking before the race start, Mitch Riley (USA3) summed up the feeling among athletes “You can’t complain about the weather,” he told us.