Splashdown for the Rookie race pilot from France 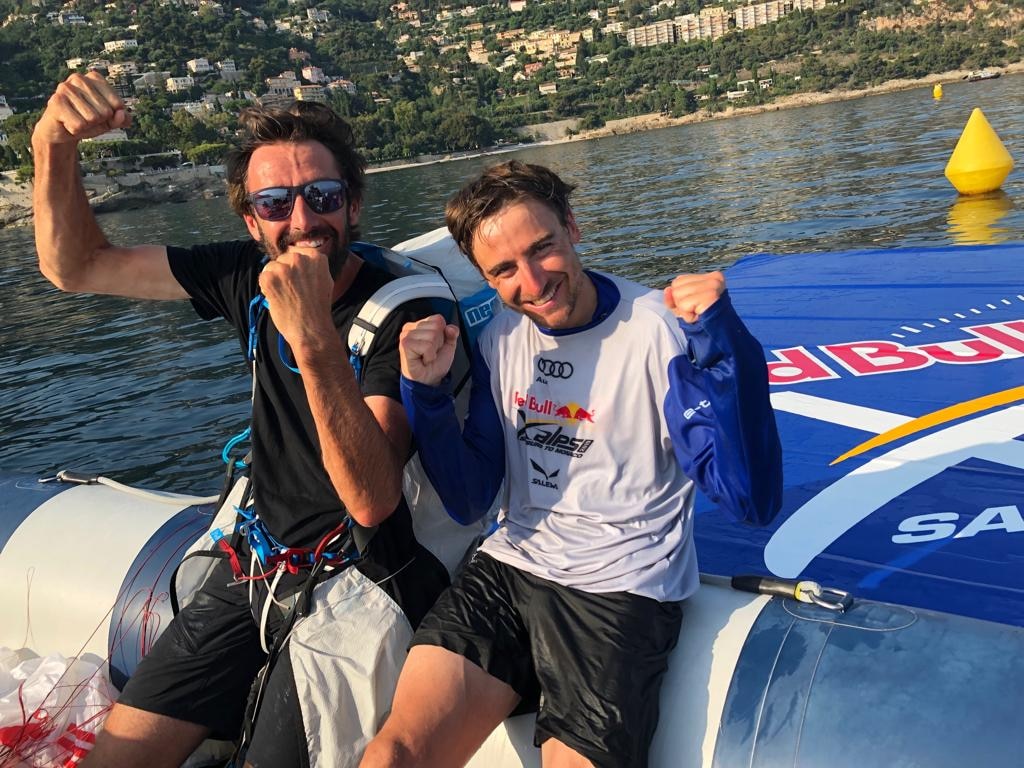 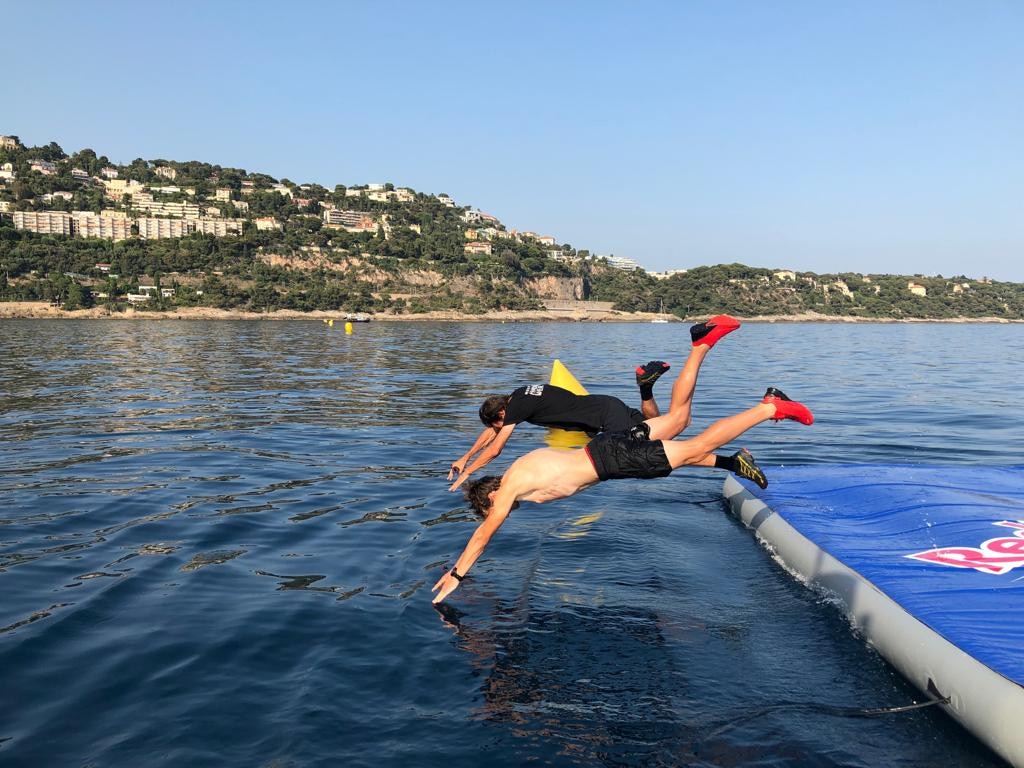 Maxime Pinot (FRA4) made Monaco this evening, executing a perfect splashdown landing next to the raft in the bay.

On the hottest days of the year in the middle of a European heatwave, Pinot chose the sensible option and landed in the cool blue water of the Mediterranean sea.

After climbing out onto the raft he was joined by his supporter Jeremie Lager. Minutes later, after posing for photographers, they pair dived into the sea.

‘Normally I prefer to be in the mountains but this time I’m happy to be in the sea!' he said, before both he and Lager opted to swim back to the beach.

Maxime Pinot is the second athlete to reach Monaco in the Red Bull X-Alps 2019.

He arrived at the final Turnpoint in Peille above Monaco shortly after 09:30 this morning.

Behind him, at least eight athletes are in with a chance of making the final Turnpoint before the clock stops and the race finishes at midday, 12:00, tomorrow.