Chrigel the Eagle lives up to his name 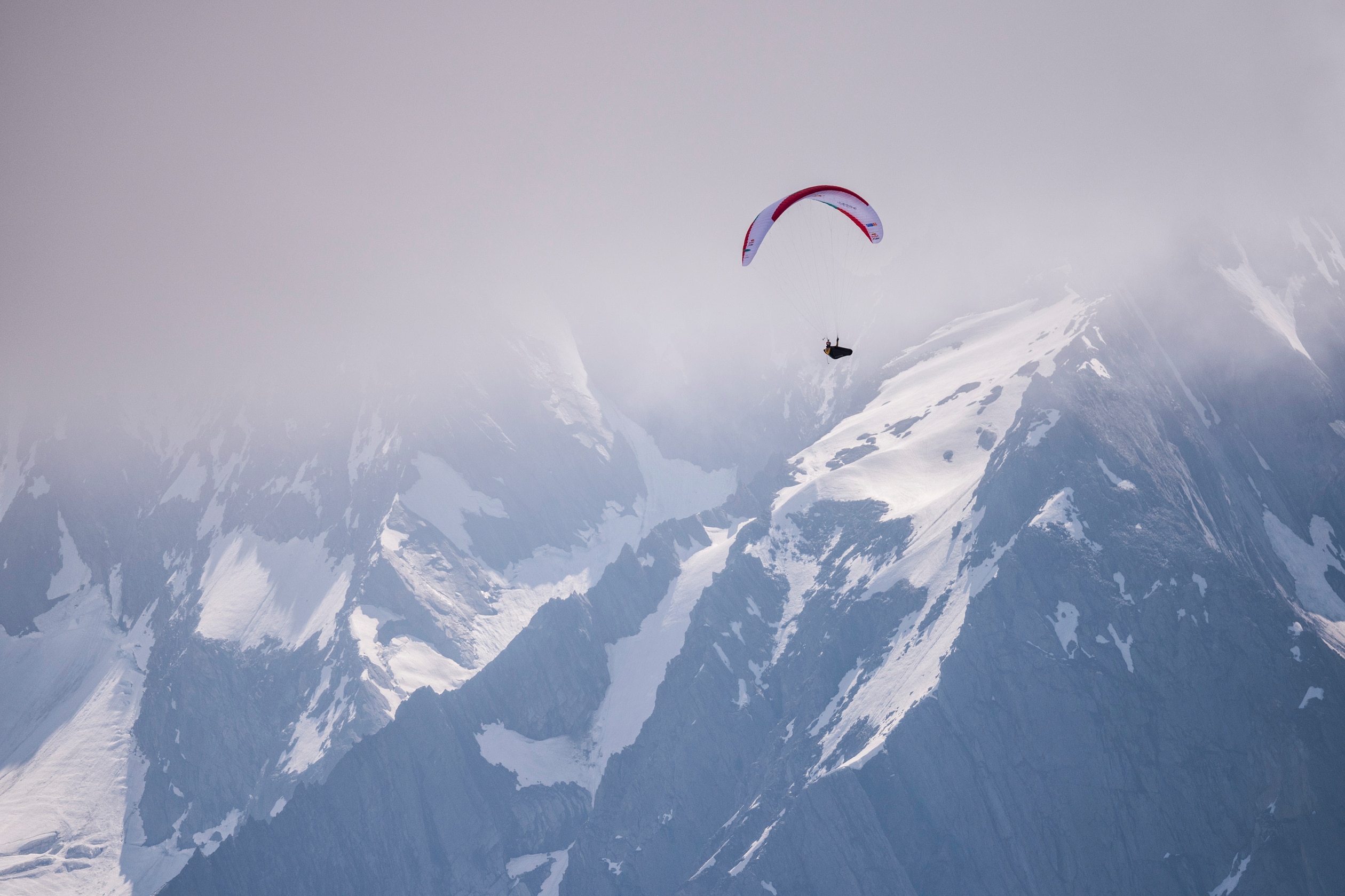 Although the sky is a welcome blue and the sun is out, the flying day was slow to start.

‘Day 8. It’s almost 1pm. It looks brilliant flying weather, but isn’t,’ Chrigel Maurer (SUI1) posted to his social media feed as he hiked up to get into position to launch. ‘There is too much stability. Already I have climbed 3100m uphill, and it feels very hard.’

However, he added: ’But I am motivated. And now I can see Col du Galibier and the way to Briançon and Monte Viso. It’s a nice place!’

As he eyed Turnpoint 11 Monte Viso, the chasing pilots of Maxime Pinot (FRA4) and Paul Guschlbauer (AUT1) were struggling on their approach to Turnpoint 10 St Hilaire.

After the rain and wind of the past two days, a high pressure system has now started to settle over the Alps. This brings clear skies and high temperatures, but it also means the air becomes heavier. Flying through it on a paraglider becomes harder, trickier – like thermalling in syrup instead of champagne bubbles. Or cycling through wet mud instead of a dry track.

The atmospheric stability set Pinot and Guschlbauer back. Pinot had to scratch along the mountainside, sometimes almost brushing the treetops with his feet, as he made his way to the Turnpoint. When he did get there, he was actually just below the well-known launch at St Hilaire. Athletes must enter a cylinder of 100m around the Turnpoint – they don’t have to land.

After what seemed like an age of slowly thermalling in the sticky air, Pinot finally gained height, made his move and crossed valley. But further south Maurer had already pressed the accelerator and was powering through the high mountains. The Swiss eagle now has less than 200km to go to reach Monaco. Pinot has 280km. Closing that gap will rely on Pinot flying like an angel – and Maurer making a strategic mistake.

All eyes then are on Maurer as he flies through the southern French Alps, beating the French athletes at their own game on their own turf. French dreams of a French win are rapidly receding. Instead, it’s about who will join Maurer, the true king of the Red Bull X-Alps, on the second and third step of the podium.

The days are long here in Europe at midsummer, and the athletes have six hours left of Day 8. Don’t take your eyes off Live Tracking for a minute.

The clock has stopped