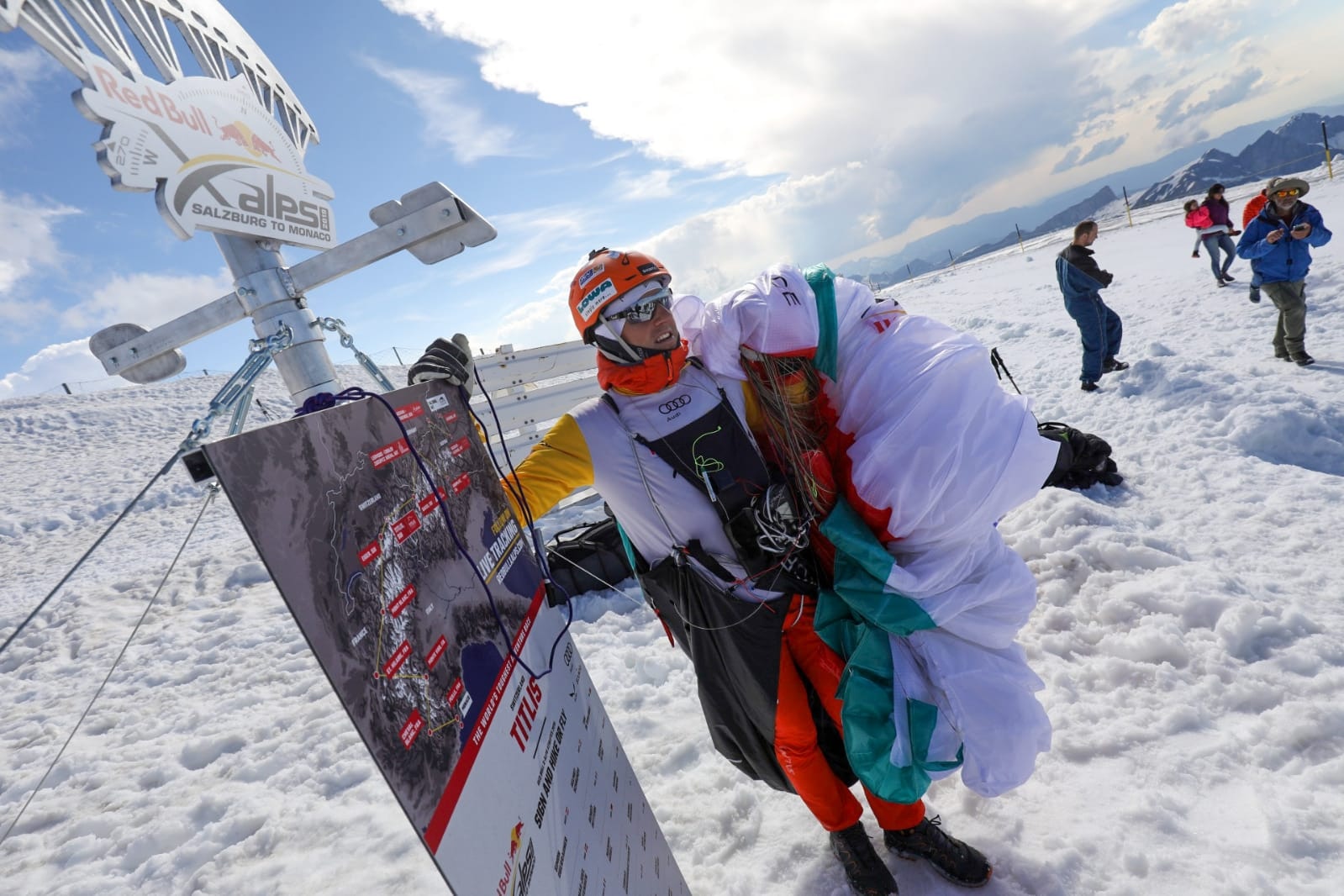 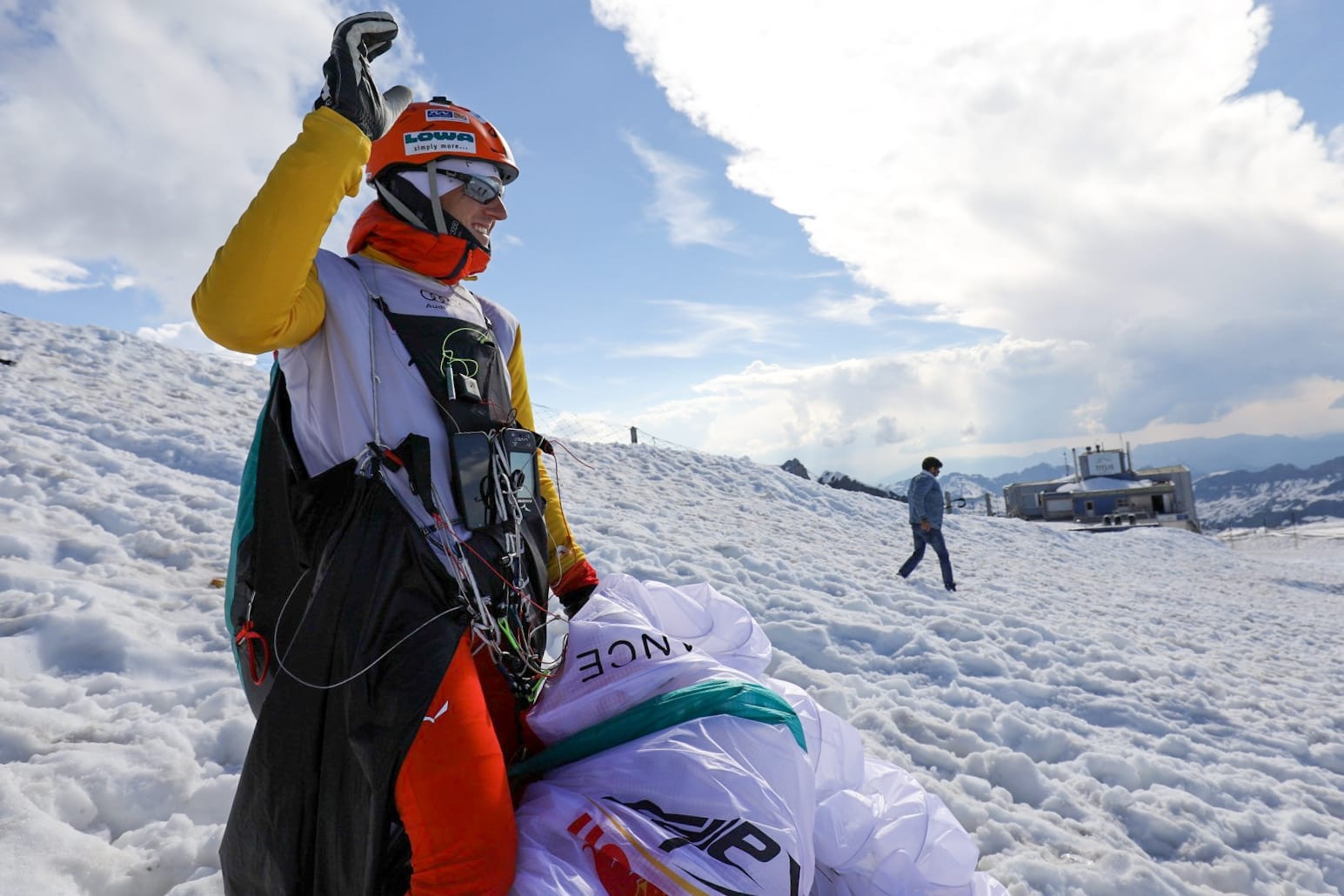 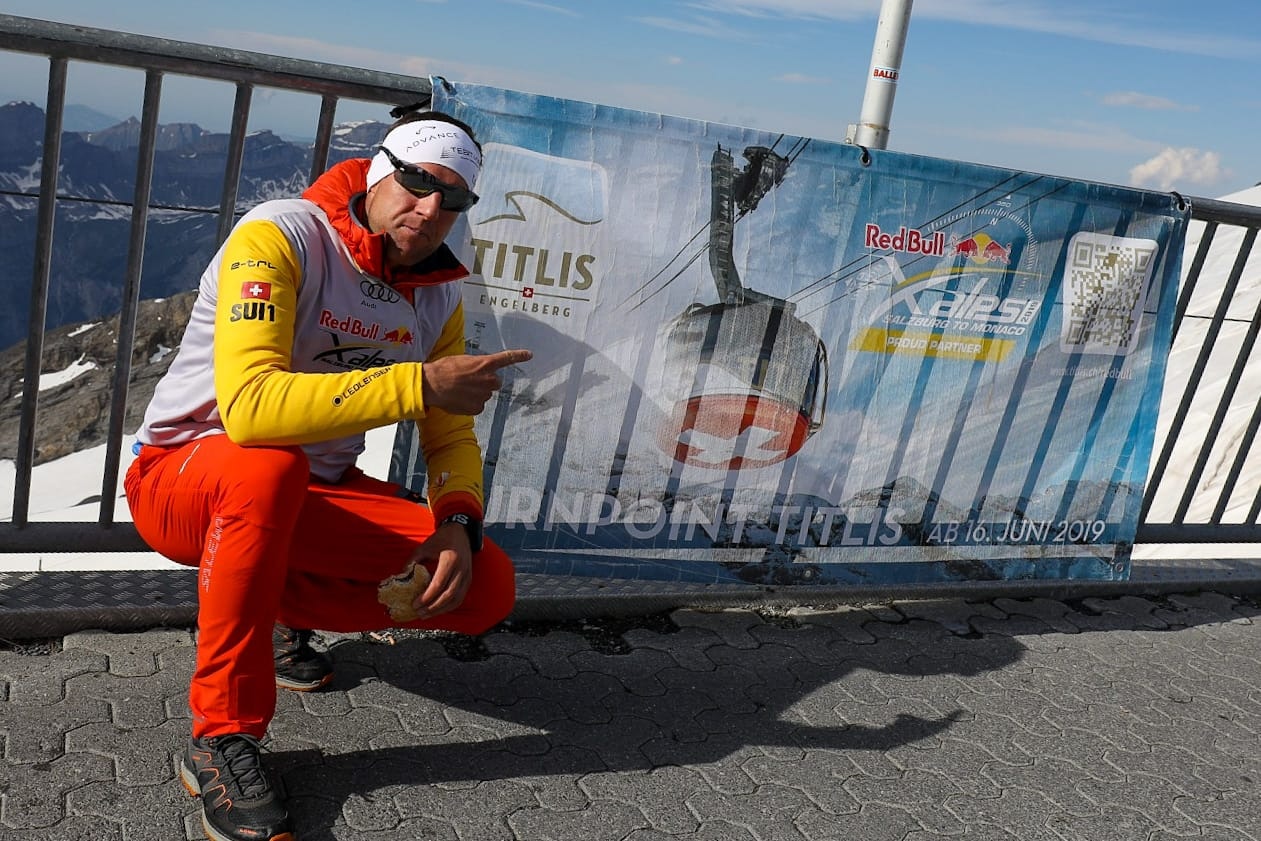 Chrigel Maurer (SUI1) flew an astonishing flight this afternoon to take the highest Turnpoint in the race – Turnpoint 7, Titlis in Switzerland, at 3,238m.

After tagging Turnpoint 6 in Davos at around lunchtime, he re-launched and took advantage of good flying conditions to fly west to Turnpoint 7.

There, he top-landed at the sign-in board, and then took some time out to enjoy the view.

‘The first step was to find take off in Davos, and that was quite low,’ he told Race Reporter Tarquin Cooper, who had chased Maurer all afternoon in his official Audi e-tron race vehicle.

‘It was working well, but then it was hard and I was fighting the wind. But then in the end I had a high cloudbase and not so much wind.

‘So it was possible to come here, and in the end it was very weak. I took a risk and flew on the south face – because if it was not working I would have been stuck.’

However, conditions were good, and allowed him to land right next to the Turnpoint. ‘It was working, and the top landing at the sign-in board was working.’

He said the day had been exceptional, even by Red Bull X-Alps standards. ‘The morning was not so nice, it was raining, and I thought, yes, maybe I will get to Davos.

‘But I landed in Davos and was quite happy, so what I could do next was just a surprise. It was just a magic day.’

Visibly tired but also elated, he added: ‘This turnpoint is the hardest one. To climb up to the summit is three or four hours, and top landing is not normally possible. But I landed here now, and it is just amazing.’

His next move was, ‘To think about the next steps towards the Eiger. I will not push too much. I will go step by step.’

Follow on Live Tracking to see if Maxime Pinot (FRA4) can catch up with Chrigel anytime soon!