Now that the dust has finally settled, we take a look back at life during the race for Red Bull X-Alps photographer Honza Zak, the "rookie", if one wants to call him that. 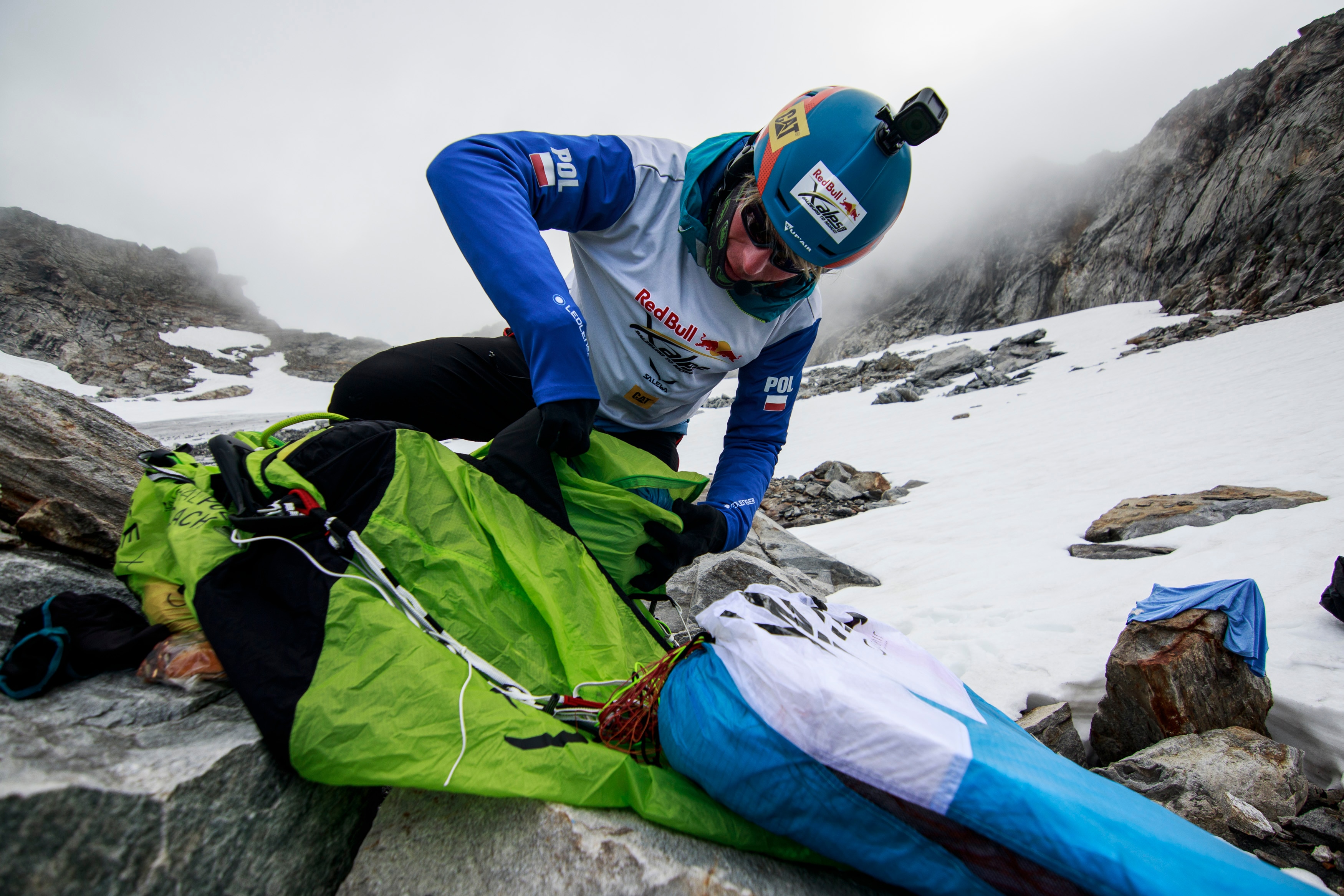 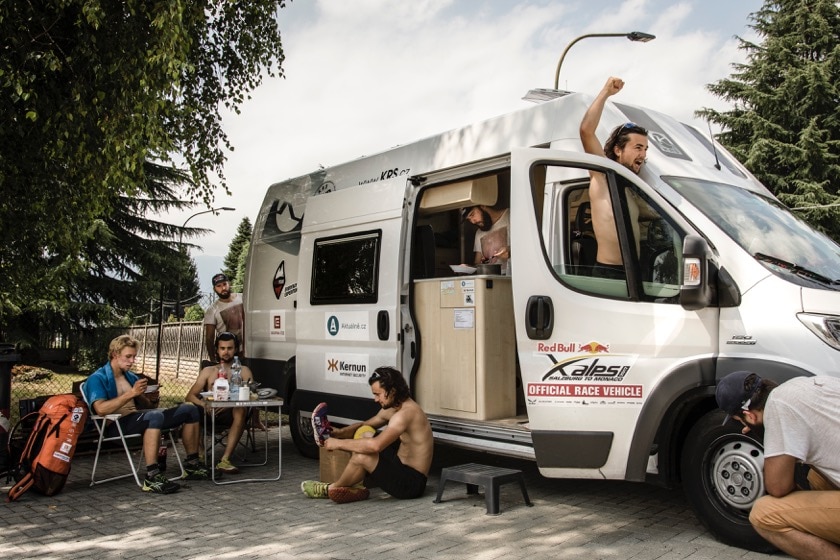 Czech photographer Honza Zak was one of the team of photographers covering this year’s Red Bull X-Alps, the others being Vitek Ludvik, Harald Tauderer, Felix Wölk and Leo Rosas. But unlike the others, this was his first time. He tells us what it was like, and picks out some of his favorite shots, giving the story behind each one.

“It was an amazing experience,” he says, “way bigger than any of the other adventure races I’ve covered – and more demanding in terms of need for photos to be up to date.

“Whereas most adventure races are normally three to five days, this was 12! That was crazy. It’s kind of ok not to sleep for five days but only getting two to three hours for 12 days – that’s ridiculous! After the race I was f*cked – I was falling asleep standing up.”

This photo captures the start of Red Bull X-Alps 2017. At that time it is the most important photo of the race and therefore there is a great amount of pressure. The photo has to include the action (athletes running), have a sense of place (Mozartplatz – the statue of Mozart), represent the startline (RB arch), showcase the weather (wet conditions, overcast sky, no wind as seen on the wind flag), show the vibe (excitement in athletes’ faces) and generally reflect the act of starting such an iconic race. After I shot this and I handed the memory card to organizers and continued following the action.

Second day, a few athletes around Kölnbreinspeicher lake decided not to fly due to a strong wind. Meanwhile Krischa Berlinger, Stephan Gruber and Michal Gierlach decided to stay overnight in a mountain hut with hopes for a better weather the next day. When I learned about it I decided to go there to photograph them in the morning. Late in the evening, I hiked around three hours to the hut only to have a short sleep on the floor. Early in the morning I followed those athletes for two more hours to the very top of the ridge from where they launched and flew away. It left me alone on the top of the ridge! The hike back down to my car, according to my phone, take five hours. I made it in three.

I WANT THE AMERICAN HOT WITH EXTRA CHEESE…

One of my tasks was to create some funny and eye-catching shots of Gavin McClurg. At that time he was flying towards Turnpoint 4, Lermoos Tiroler Zugspitz Arena. The conditions were not ideal so it was clear he would not land directly at the Turnpoint. I scouted the area and found this phone booth. It’s extremely important not to get in the way of an athlete’s performance so I had to be quick. I presented the idea to Gavin and he was keen. The photo turned out great and created a lot of buzz!

Despite extensive route planning, sometimes athletes failed to hook up with their support vehicles. In this case Czech athlete Stanislav Mayer ended up spending the night away from his support RV but still with his supporter Jiri Dlask. This meant cooking dinner on a stove and sleeping outside which was a great opportunity for me to create some interesting images. I spent the night next to them in a tent, and in the morning I rushed to the top of the hill as the sun was rising. I was rewarded by the best light I experienced during the whole race – beautiful rising sun with small mountains peaking in the background!

Support teams are a vital part of Red Bull X-Alps. Their hard work never stops. They wake up way before the athlete and go to bed hours after them. They take care of everything and this photo was my way to capture it. Two Czech supporters Jiri Dlask and Stanislav Hruban were literally all over the place.

The last push by Benoit Outters was through the night using his second Ledlenser Night Pass. I caught up with him in the middle of the night when he was walking on a winding road on the Italian/French border. Those 10 days of racing took its toll – Benoit was half-sleeping, walking with closed eyes simply following his supporter. It was quite a ridiculous scene to witness. That night I took around 300 photos of Benoit and only in a few are his eyes actually open!

The last day of the race I followed Ferdinand van Schelven and Simon Oberrauner. They were just 2km apart, both very aware of each other. And so the final sprint was on for fourth place! Ferdinand was ahead while his supporters were keeping a close eye on Simon – delivering fresh news about his progress. However, it was mutual – Simon’s crew was also spying on Ferdie’s pace. This got so ridiculous that despite racing for 11 days they were both running at speeds of around 10-12km/h! This gave a hard time to their supporters who were not able to keep up!

With around 20 minutes to go, Simon decided to stop by a little creek to enjoy time with his team, friends and family. Meanwhile, Ferdie was still in the race mood and continued pushing to the very end. The photo above truly represents the mixture of happiness and exhaustion he was going through at that moment!

Want to see more of Honza's work? Make sure to follow him on <link https: www.instagram.com honza_zak_photo>Instagram!

All photos by © zooom / Honza Zak