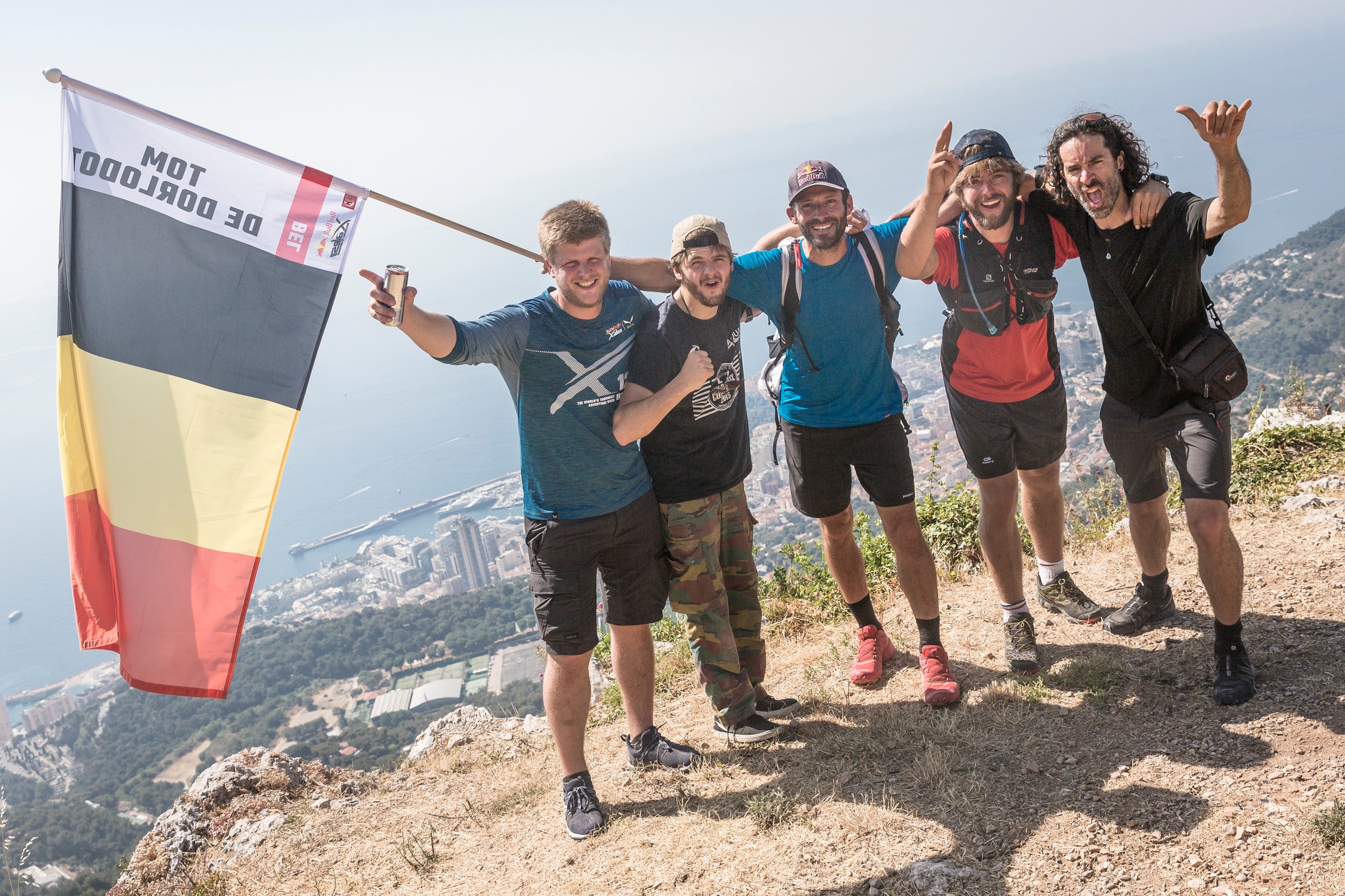 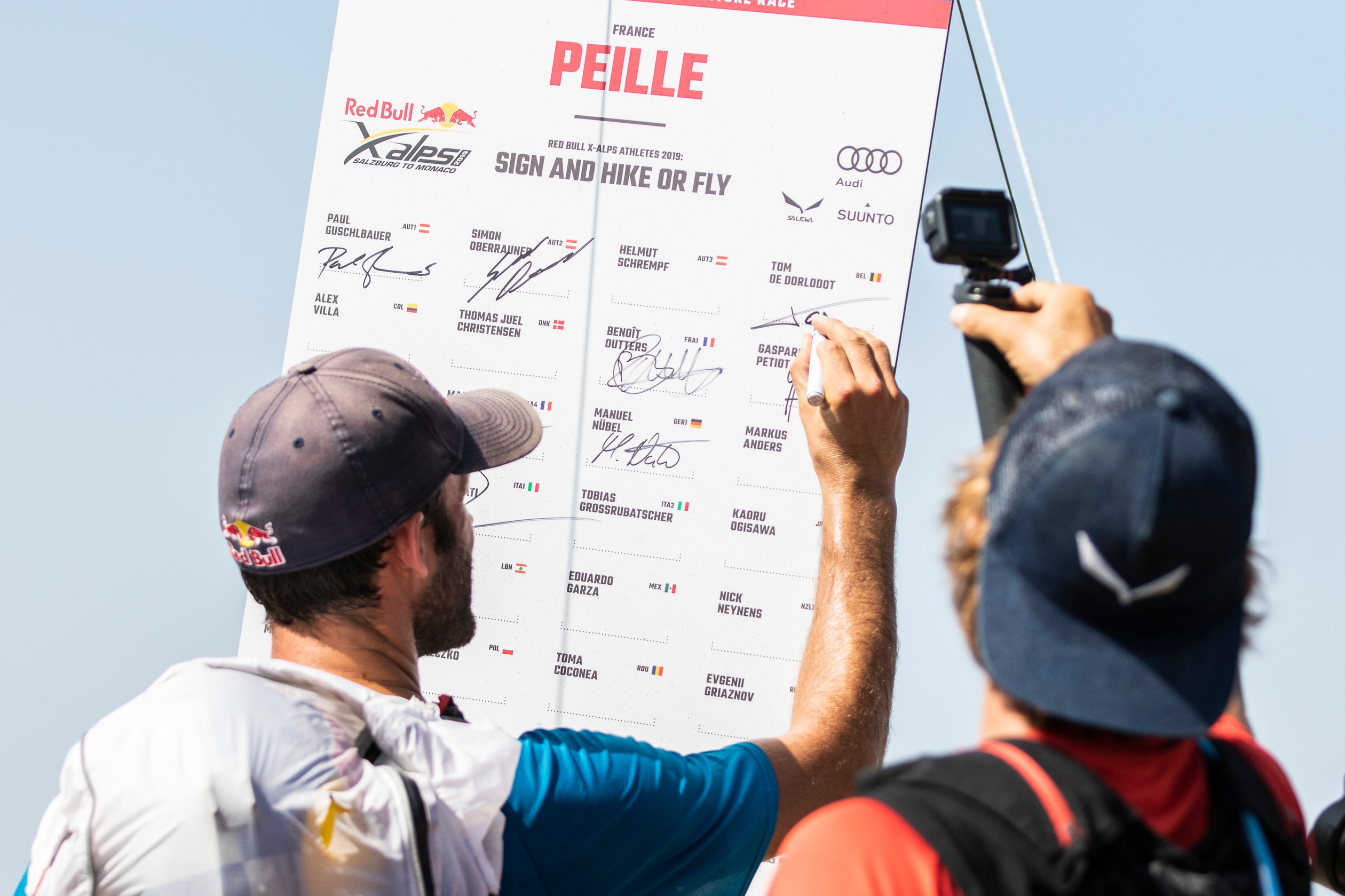 Tom De Dorlodot (BEL) signs the board during the Red Bull X-Alps in Peille, France on June 27, 2019 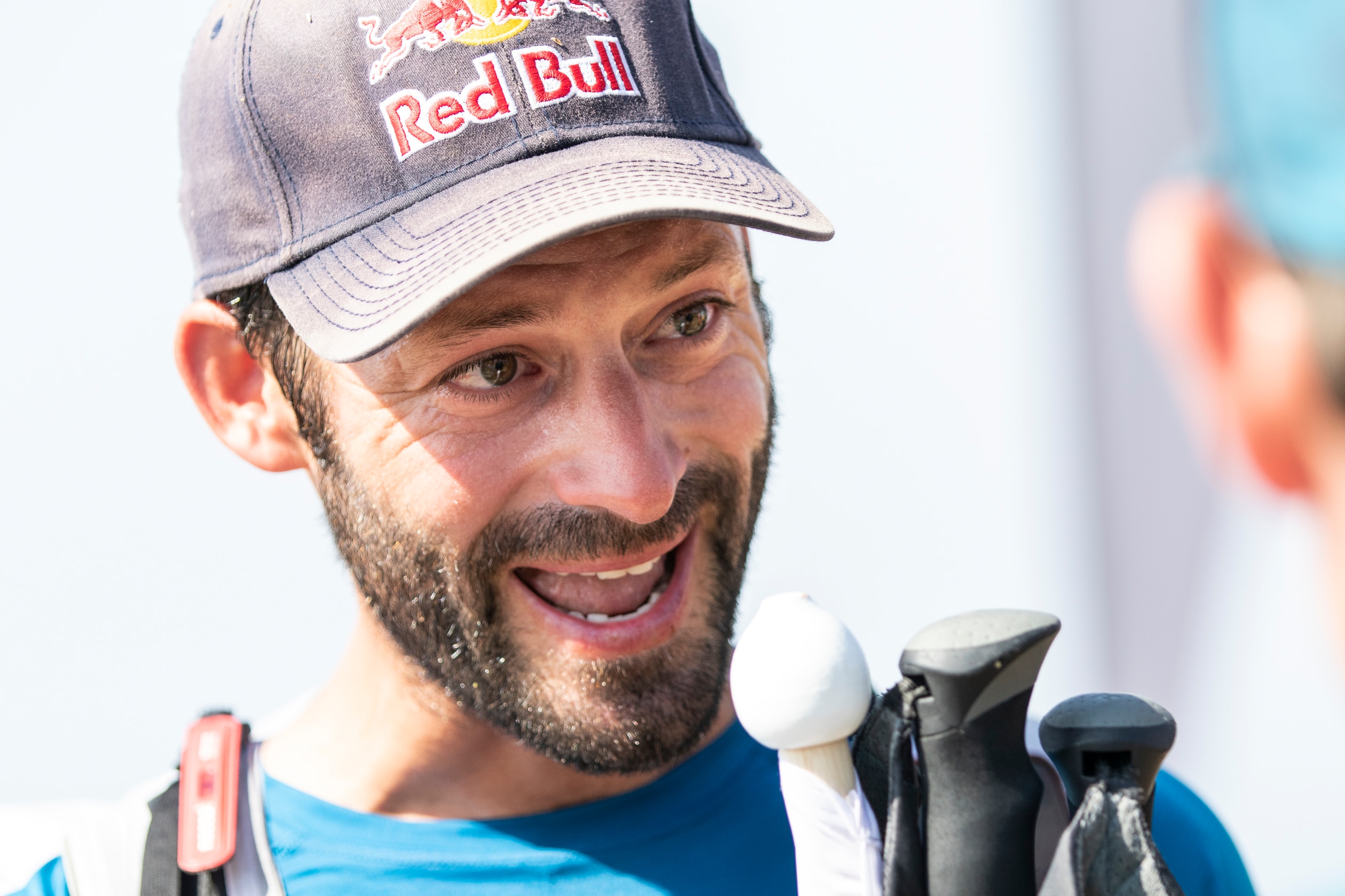 ‘It does feel special, yes’ Tom de Dorlodot said from the final Turnpoint at Peille when he arrived shortly after 10:00 this morning.

The veteran Red Bull X-Alps athlete has taken part in seven editions now, and this is the first time he has reached the final goal – Peille, Monaco and the Mediterranean Sea.

‘The first time I took part I was just 21-years-old,’ he said. ‘I was just a kid, dreaming about reaching Monaco one day. And here I am, 14 years later.’

What had made the difference this year? ‘This year I prepared more than ever,’ he explained. ‘Every other year I have had so much on my plate with big adventures around the world, but this year I really decided to focus. I trained a lot.’

At 34 now his approach to this race was slightly different compared with his younger self. ‘I have a kid now and I wanted to play it safe. So this is a good feeling, to be able to get here safely, without pushing too much. I mean I pushed physically, but I didn’t take too much risk.’

Looking back at the seven races he highlights the importance of friendship as one of the biggest highlights of the race. ‘There are so many good moments, but the thing is after seven editions I really made good friends with all the athletes.

‘So what is really special is when people start to wait for each other and fly together. And we had such amazing flights. I remember one gaggle after Turnpoint 4 Kronplatz we were flying, four of us, and at the top of the thermal we were all screaming, This is crazy! It’s so beautiful!’

For Tom the Alps is ‘the best playground in the world for paragliding’, and the route this year was just ‘mind-blowing’.

‘Every day I was just like, Wow! But you know you also have to be able to stay calm. It is part of the game. If you get frustrated you get crazy and you lose strategy, so I try to stay positive all the time. Some days you land and you see the guys flying 3000m above you. And then you have to hike back up and go again.’

He added: ‘The good thing is you can always catch up. If you believe in your skills and have a little bit of luck.’

Luck and of course the skills and training to go make the best use of your luck. ‘Really, the level in the Top 10 is so high now. I mean Chrigel Maurer is somehow in another league, but the rest of the field – we were shuffling cards every day. The places were changing, we’d overtake. The level is so high. It was not like that before.’

A day like yesterday proves it. ’To have six people arrive so close together after a race of nearly 1200km. It’s crazy when I think about it.’

Overnight and this morning de Dorlodot hiked 75km. What kept him going through the heat, step by step?

‘The feeling that I had to finish this. I always had this feeling of finishing 40km from here. I needed to see the sea!’

Will he be back for an eight edition?

‘Before taking part in this one I said to myself, This is the last. But I have enjoyed it so much this time. I didn’t believe you could enjoy the pain like this, but I really had a good time. So I think I’ll come back for sure!’