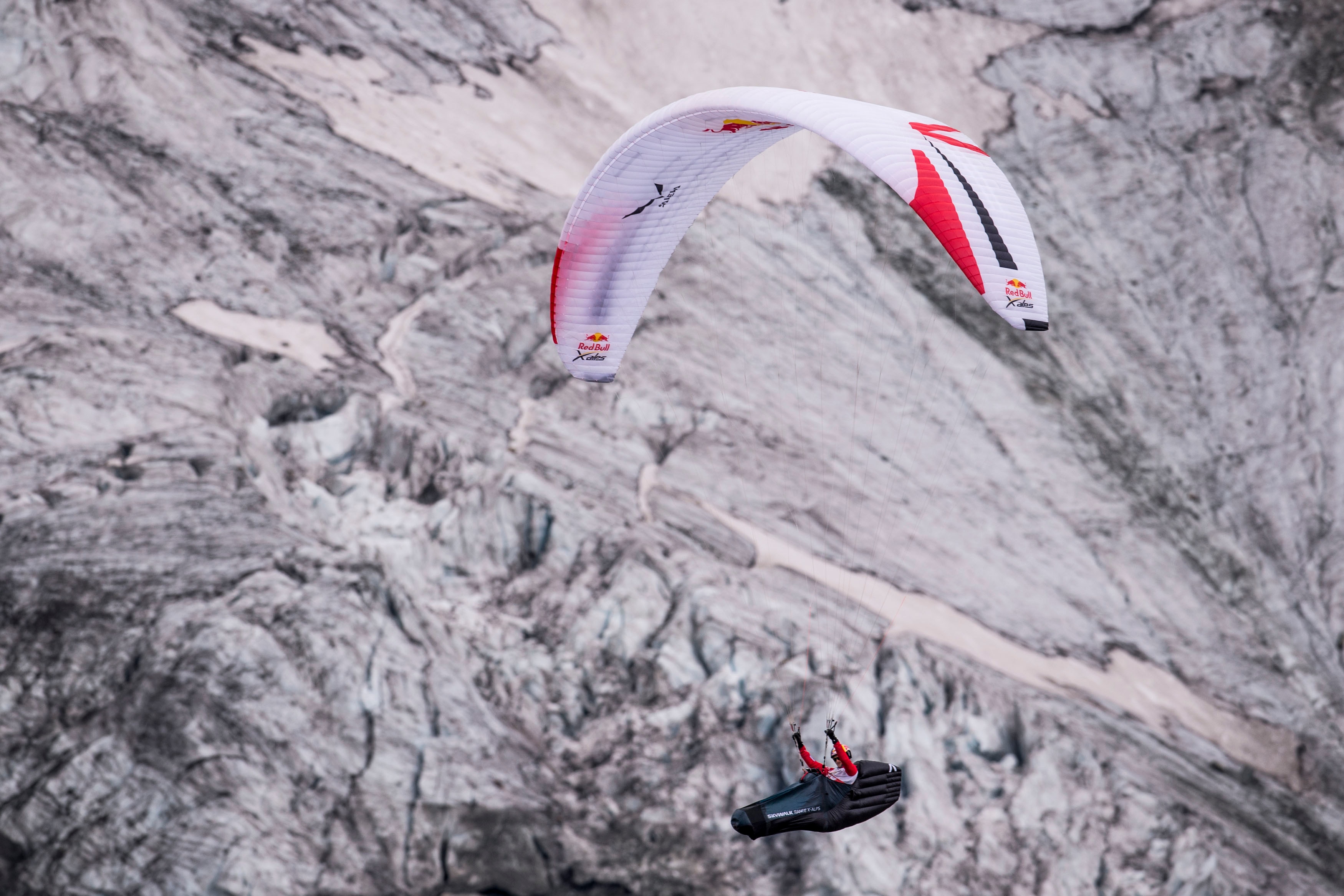 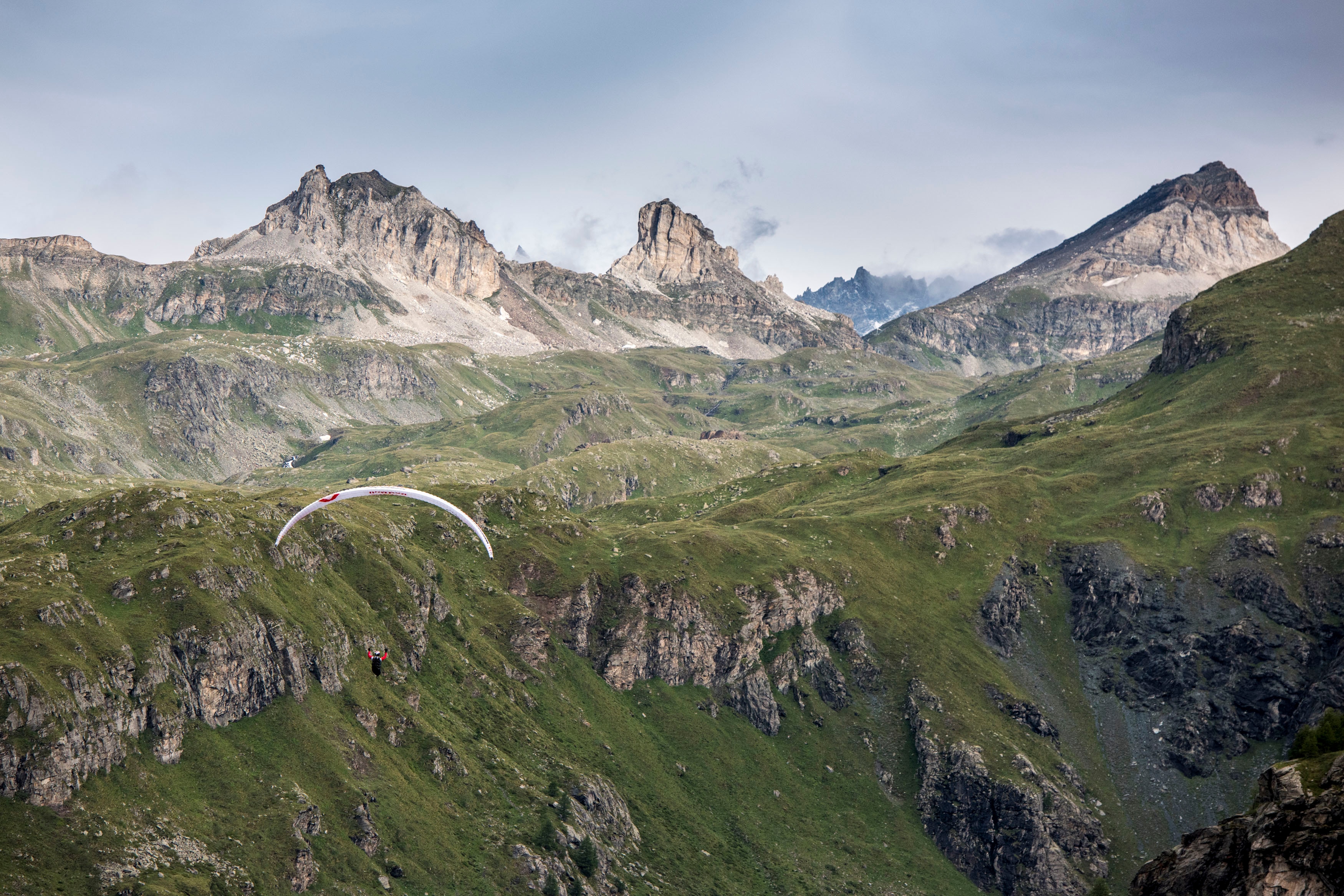 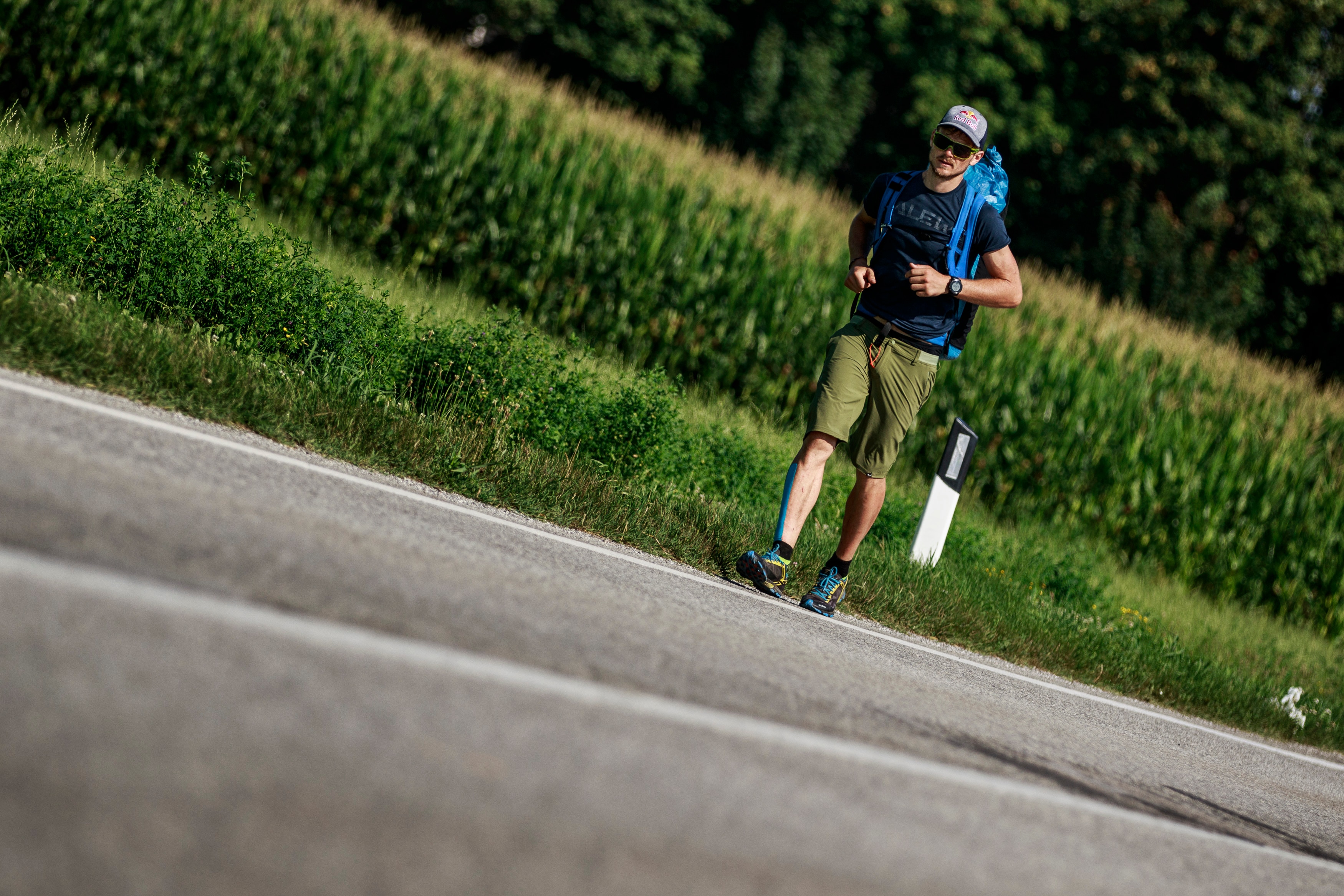 Paul Guschlbauer has been on a huge mission to get as far south as he can before the Red Bull X-Alps 2017 finishes.

In his daily vlog this morning, filmed last night, he revealed more about the last 48 hours.

‘On Wednesday evening we decided I had to walk 101km,’ he said. His destination was the Col du Tenda, where Chrigel Maurer and Benoit Outters both launched from on their final flights towards the last Turnpoint.

‘So this is the place we wanted to reach. It was a really hard walk.’ As he walked, the rest of the athletes enjoyed good flying conditions in the mountains behind.

‘I was always checking the live tracking and it was a much better day for the others. But it wasn’t possible for them to fly here. So my decision was good. I pushed really hard although I have some blisters on my feet.’

He got to the Col du Tenda at 7pm and took off after a short break. ‘But it was just soaring, there were no thermals, it was just strong wind. So there was basically no way for me to escape here, so I top landed again.’

He and his supporters spent the night on the Col du Tenda. At 10pm last night he said: ‘It looks like nobody can make it up here tomorrow morning, but anyway I can still glide down from here, or even catch a thermal and make it to the goal.’

However, he explained that a Notam - a notification to airmen - was in place today around the Nice area, which is restricting flying for non-essential air traffic, including paragliding. The Notam is in place as part of Bastille Day celebrations in the city of Nice.

‘So even if I could fly to Peille I would not be allowed to top land there. I would have to land a little bit away and then walk to the Turnpoint and finish the race.’

He added: ‘I’m going to bed now so lets see what happens on the last day of the Red Bull X-Alps.’

At 7.45am today it looked like Guschlbauer had hiked to the top of east-facing slopes - perfectly positioned to catch the morning sun and a good place to start his final fight of the race from.

Whether or not Paul makes the coast or the final Turnpoint, it looks like his third place in the Red Bull X-Alps 2017 is secure.