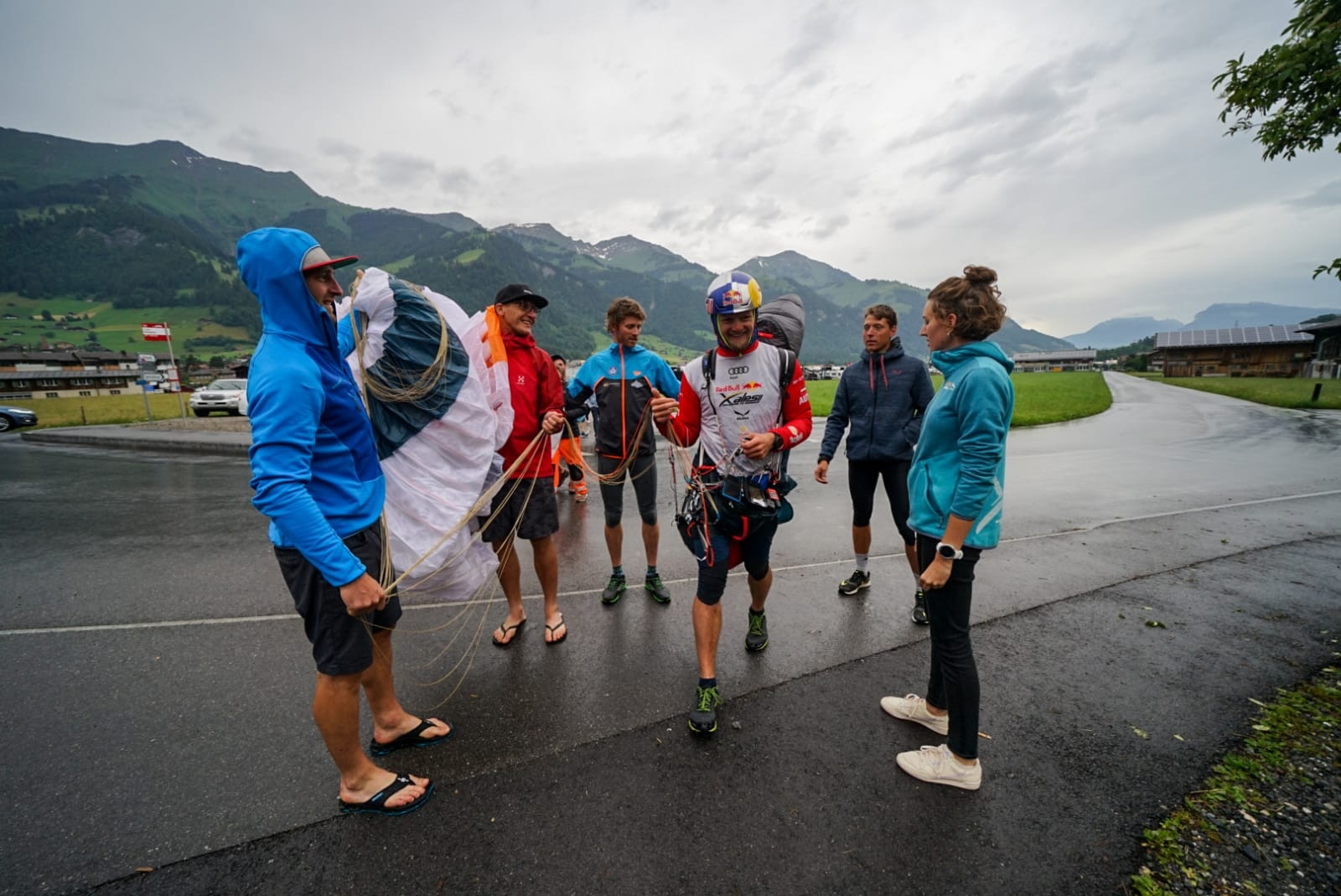 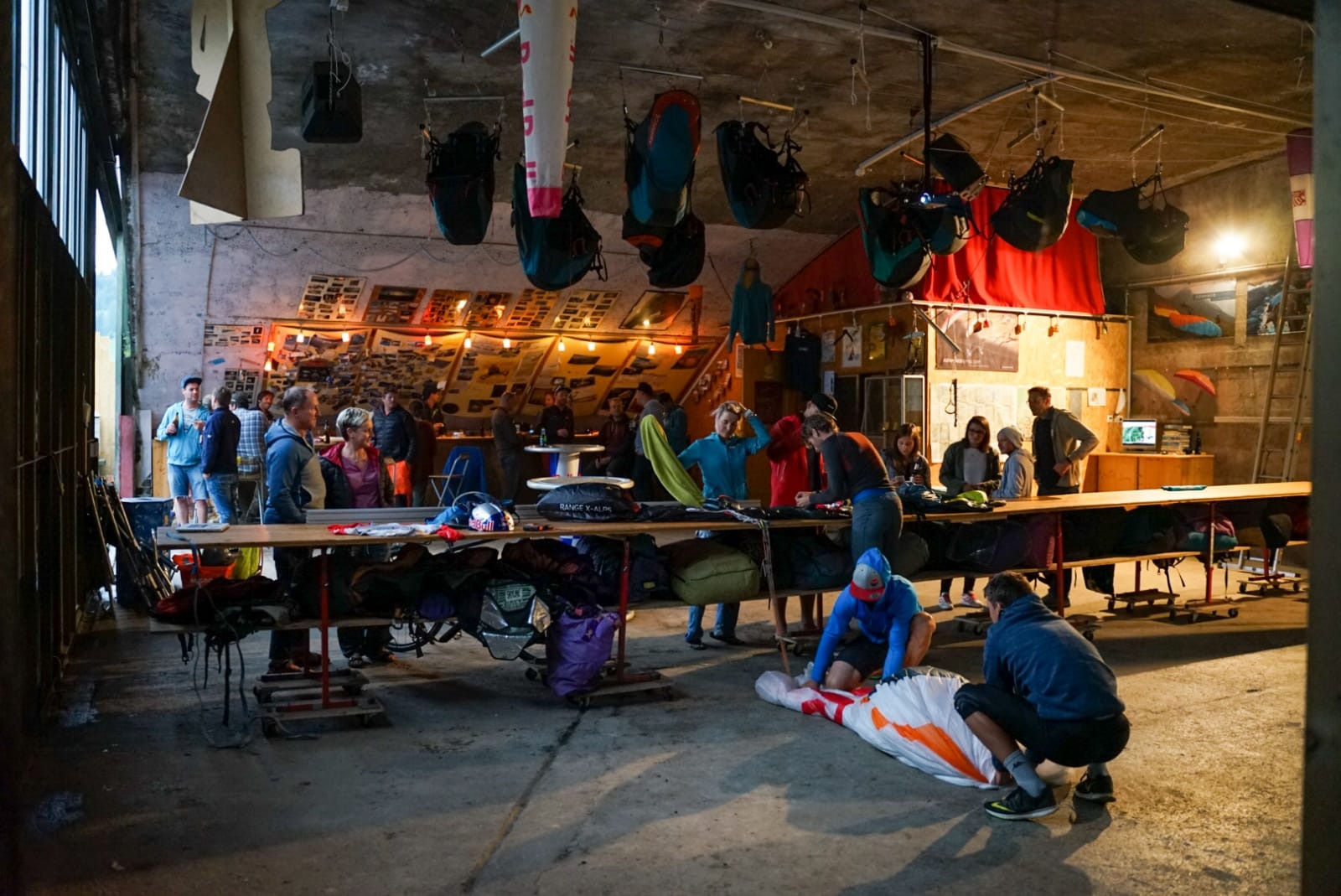 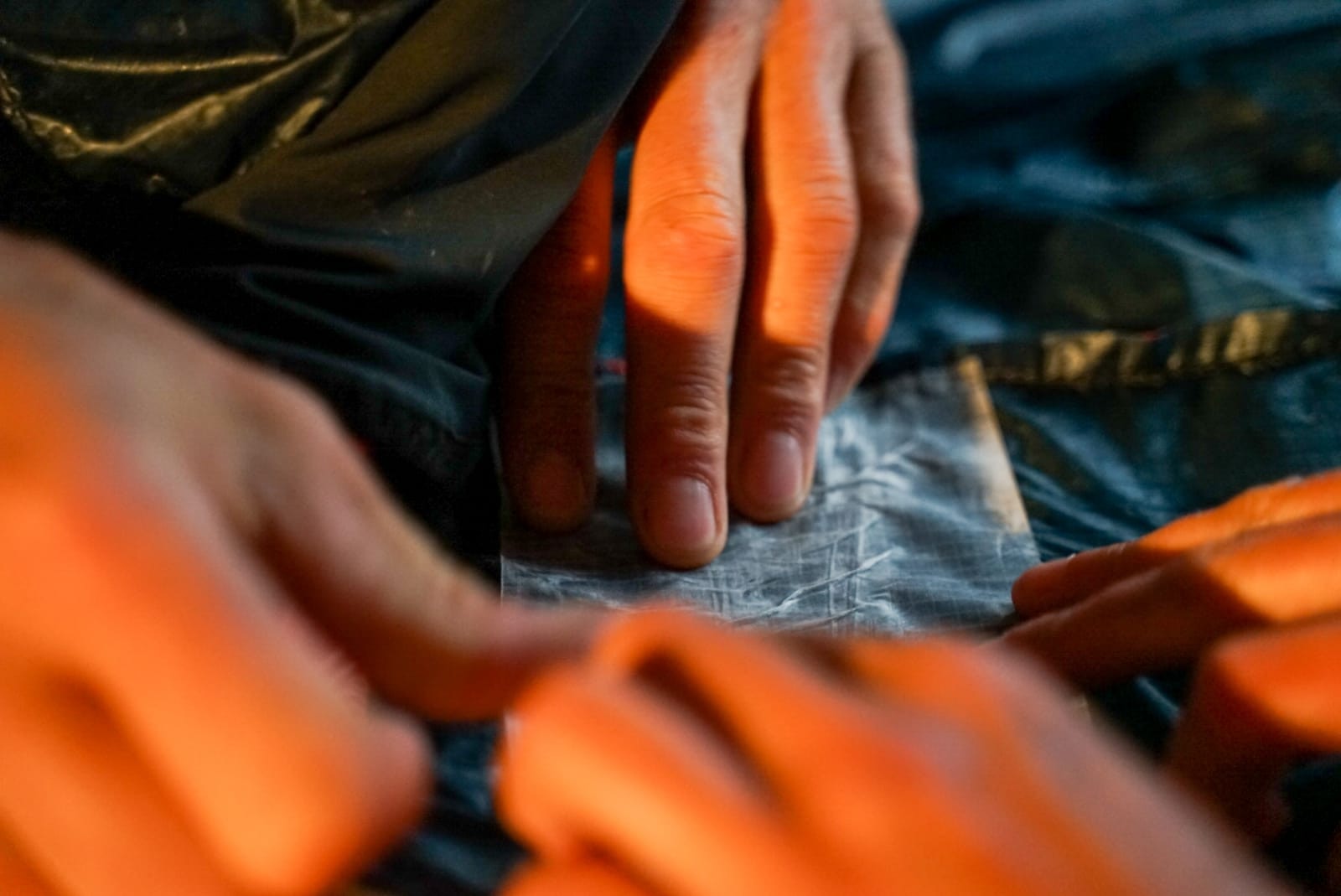 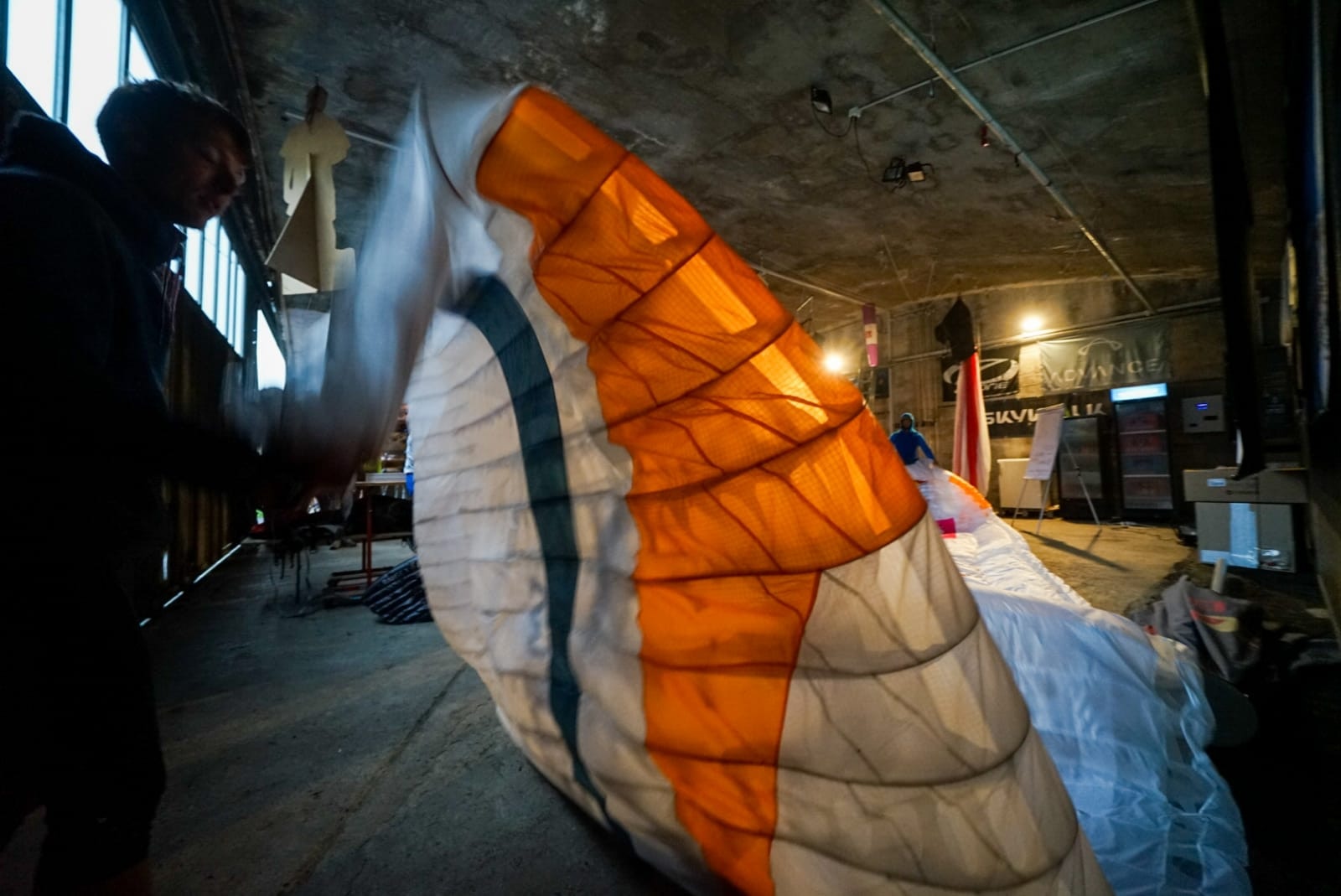 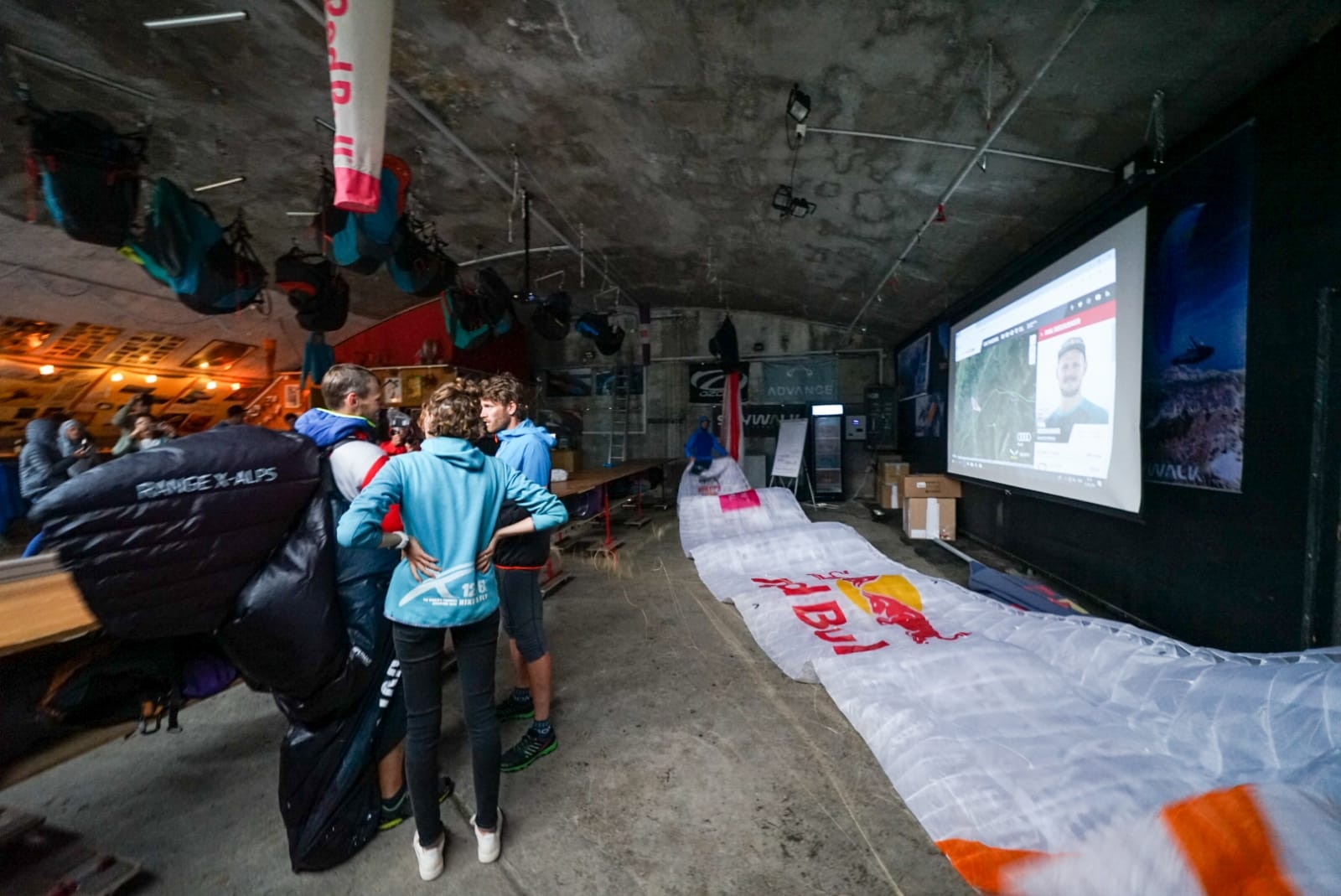 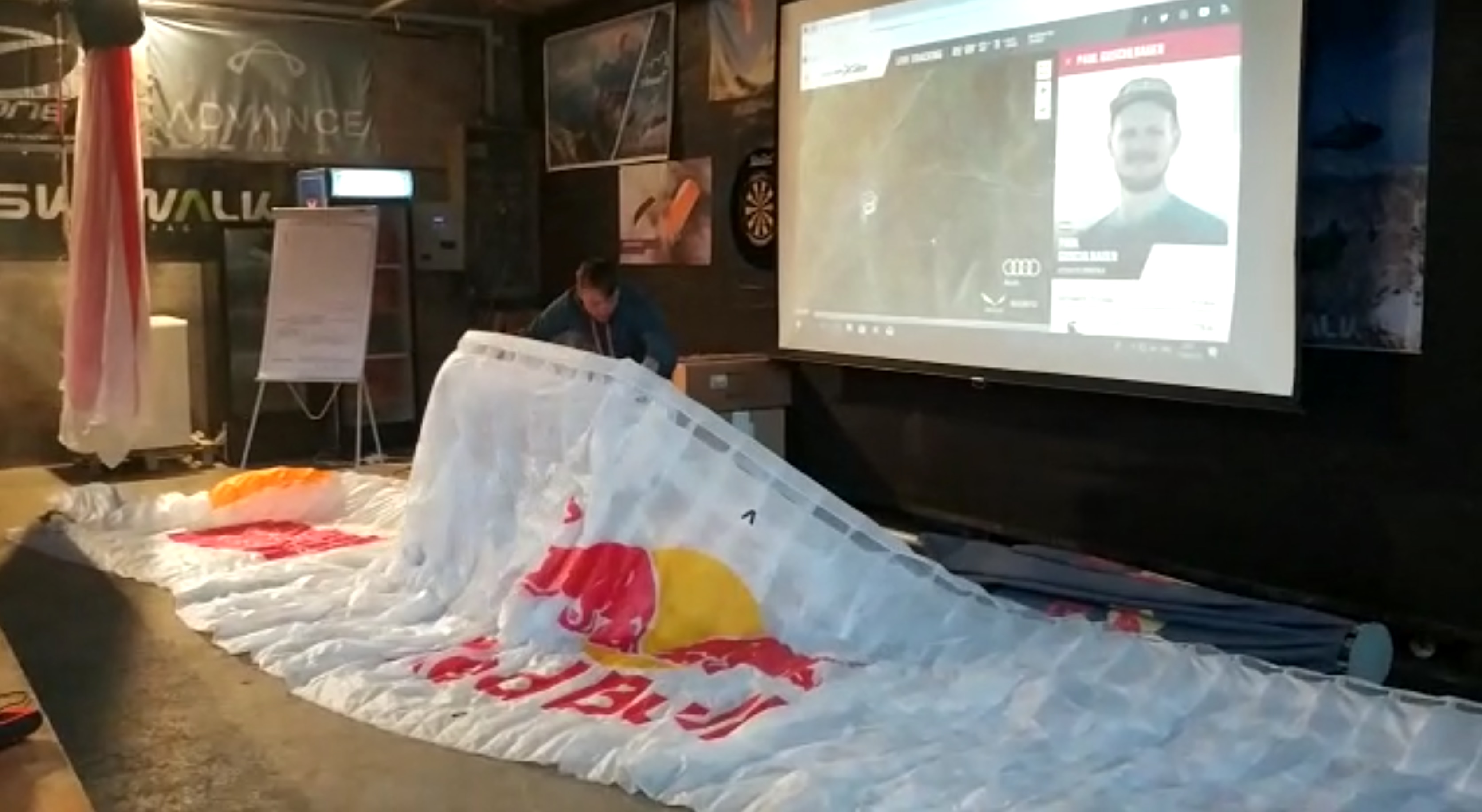 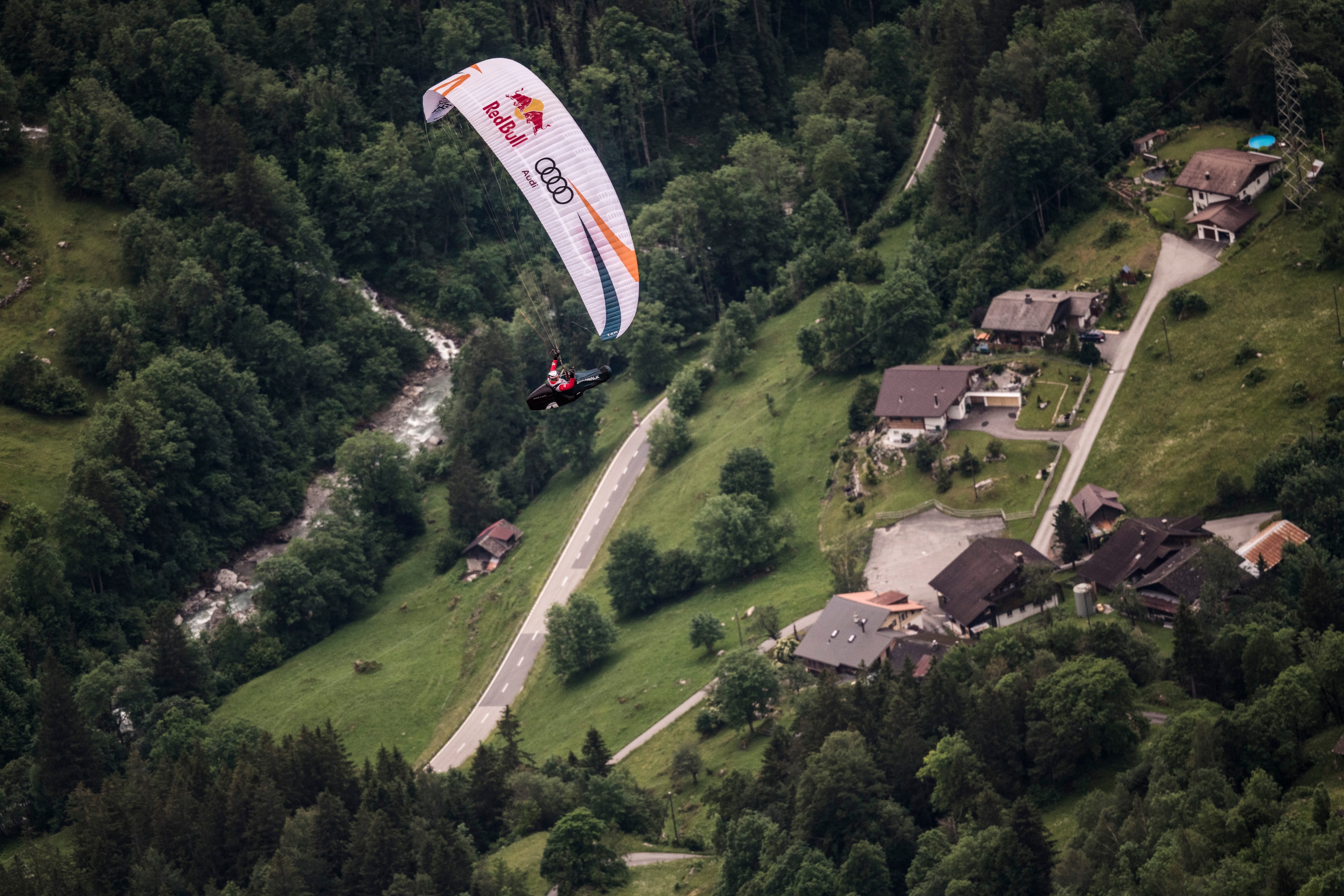 Paul Guschlbauer (AUT1) got a hero’s welcome this evening when he landed at a local paragliding club – even though he wasn’t quite the hero the locals were supporting!

‘The weather was not good today,’ Guschlbauer’s supporter said, ‘and Paul has hiked 4000m vertical. For his last flight he hiked up to 2500m and took off between two small bands of rain.’

As he glided down under grey skies, he passed directly over the Cloud-7 paragliding club, a local paragliding school in Frutigen, Switzerland.

‘They were all there, having a club night with a big screen, beers and barbecue, watching the Live Tracking and supporting Chrigel Maurer (SUI1) and Patrick von Kanel (SUI2)!’

"They have spent all evening drying Paul’s glider"

As Guschlbauer flew over, the Swiss supporters crowded out of their hangar and into the landing field, where they greeted Guschlbauer with car horns, cheers and whistles.

When the Austrian pilot landed he was welcomed with open arms – and an umbrella – and ushered into the welcoming warmth and dry of the flying club.

‘The Cloud-7 pilots have been amazing. They’ve given us drinks, food and they have spent all evening drying Paul’s glider,’ Guschlbauer’s supporter Werner Strittl said.

He added: ‘We will stay here tonight. It makes no sense to carry on. Paul is resting and tomorrow we will hike up a small hill nearby and go again.’

The party at Cloud 7 meanwhile looked like it was ready to go on long into the night!

FANS ON THE ROAD
GUSCHLBAUER LANDS ON CLOUD-7