It’s a slow war of attrition at the front but Paul Guschlbauer manages a 150km day. 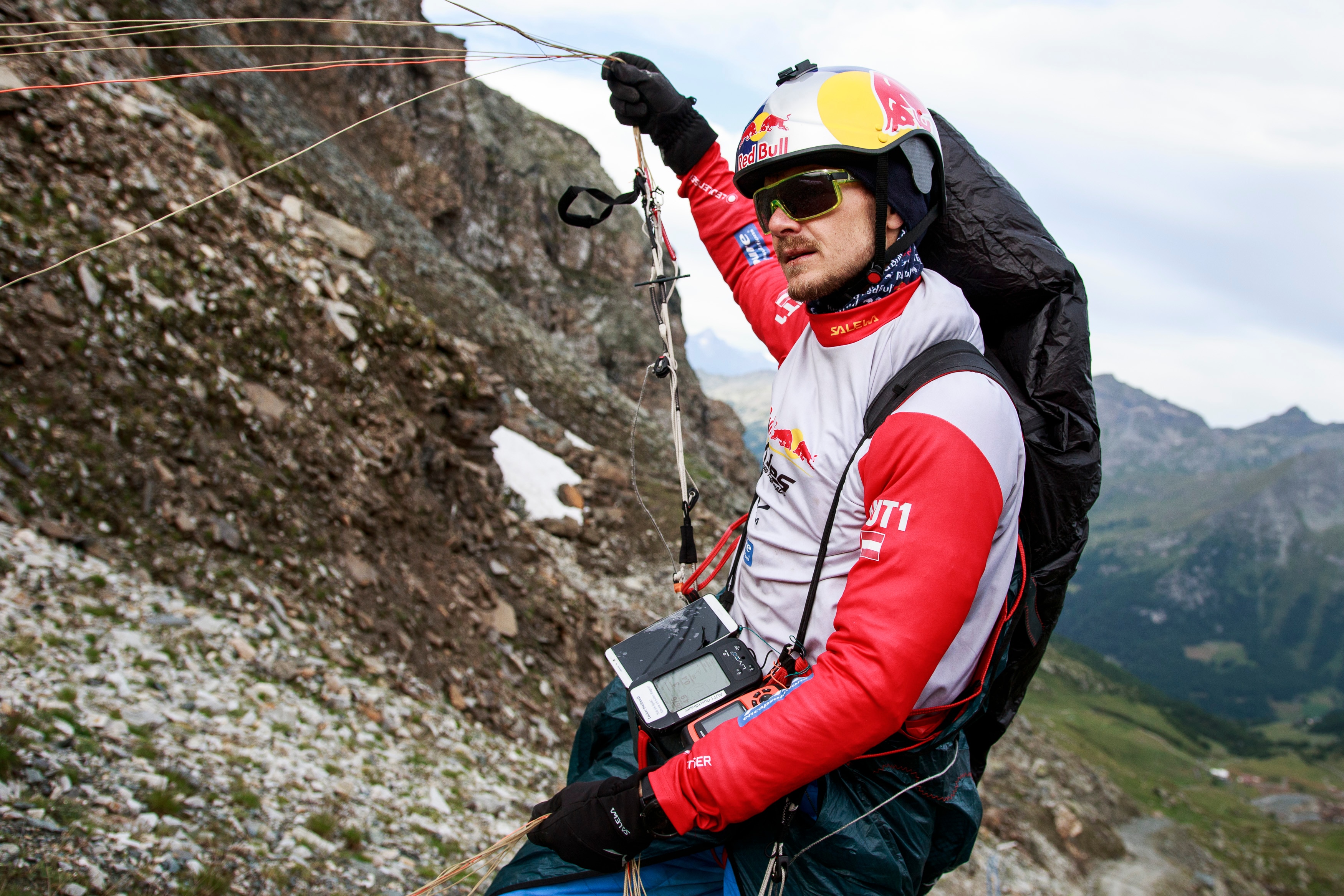 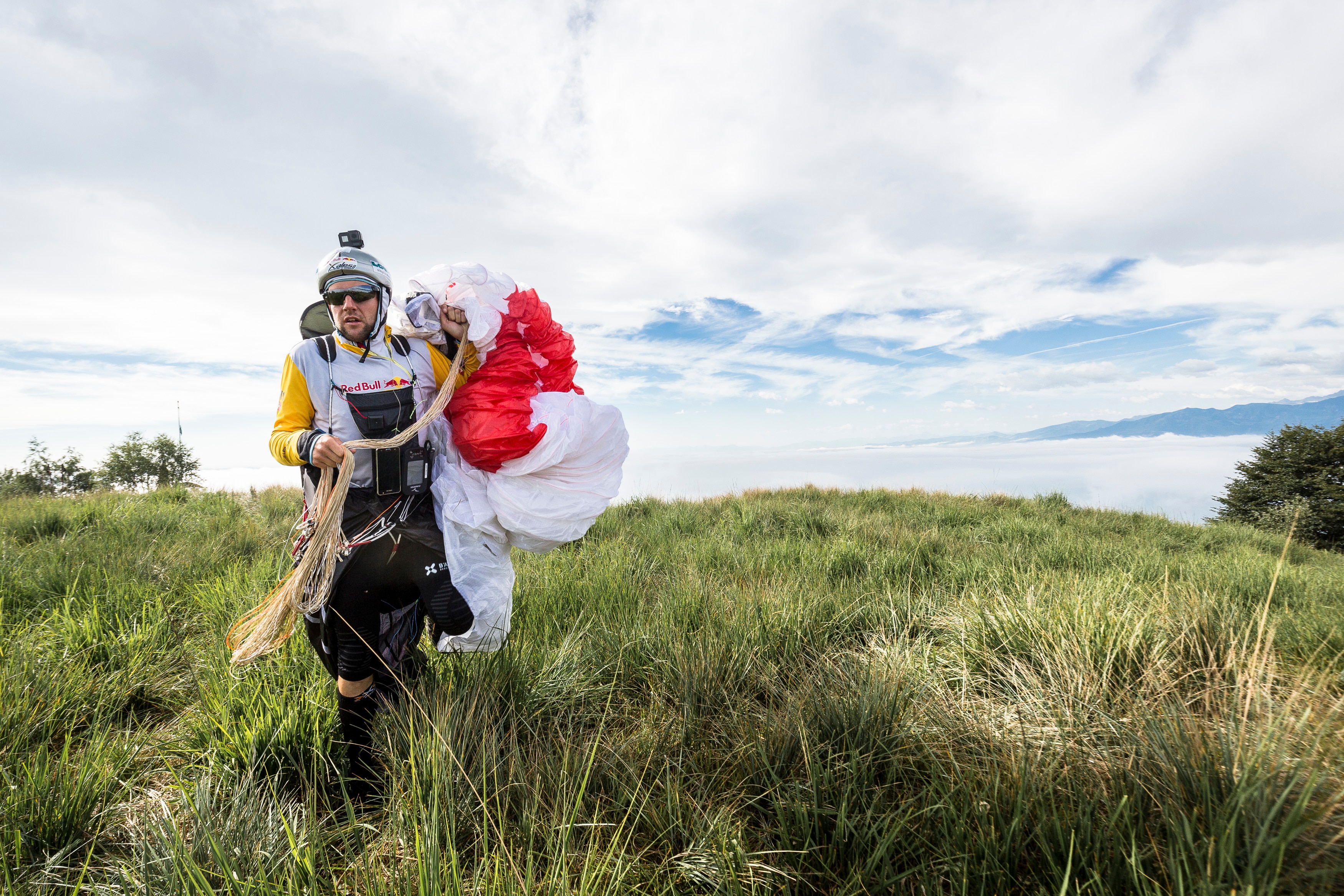 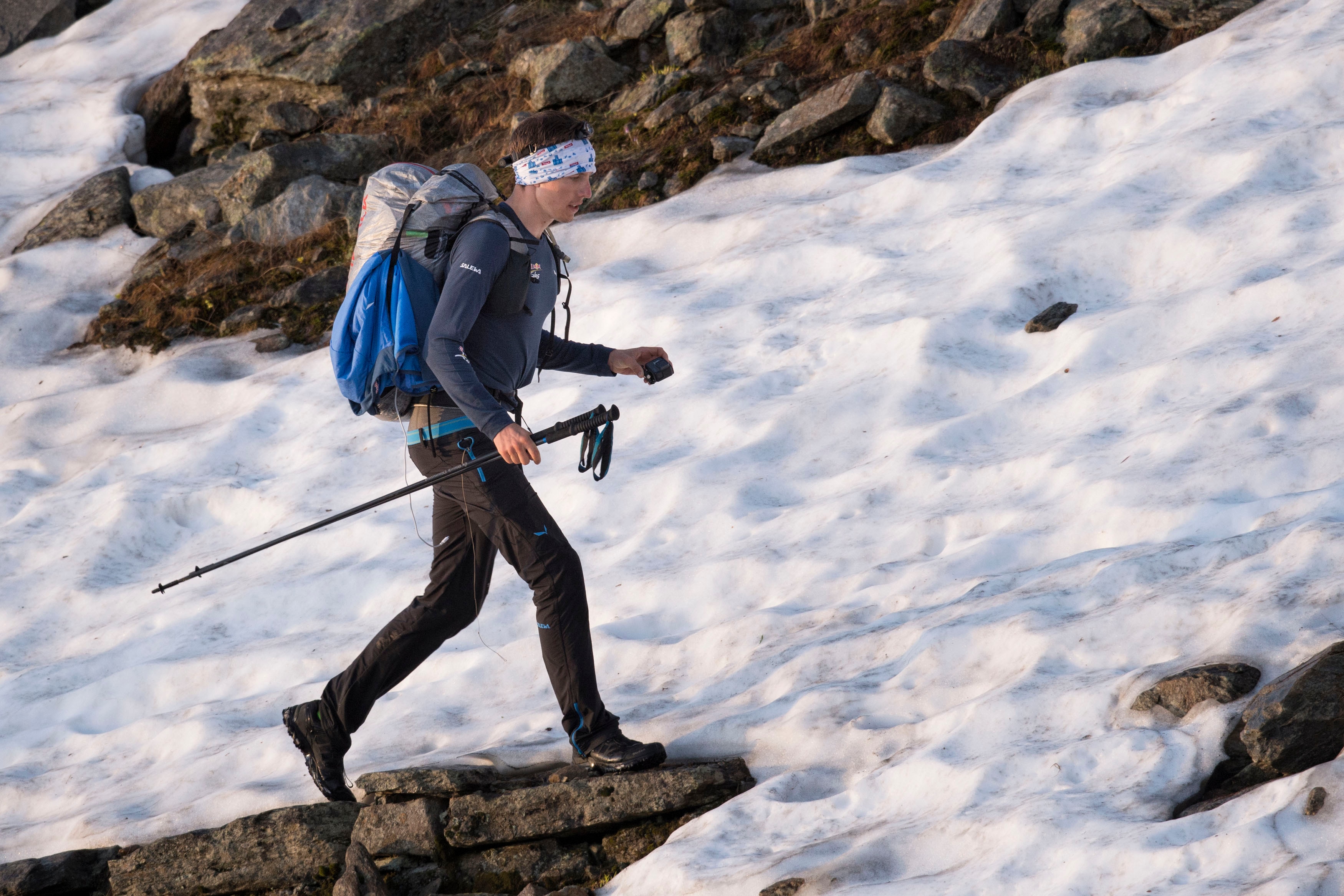 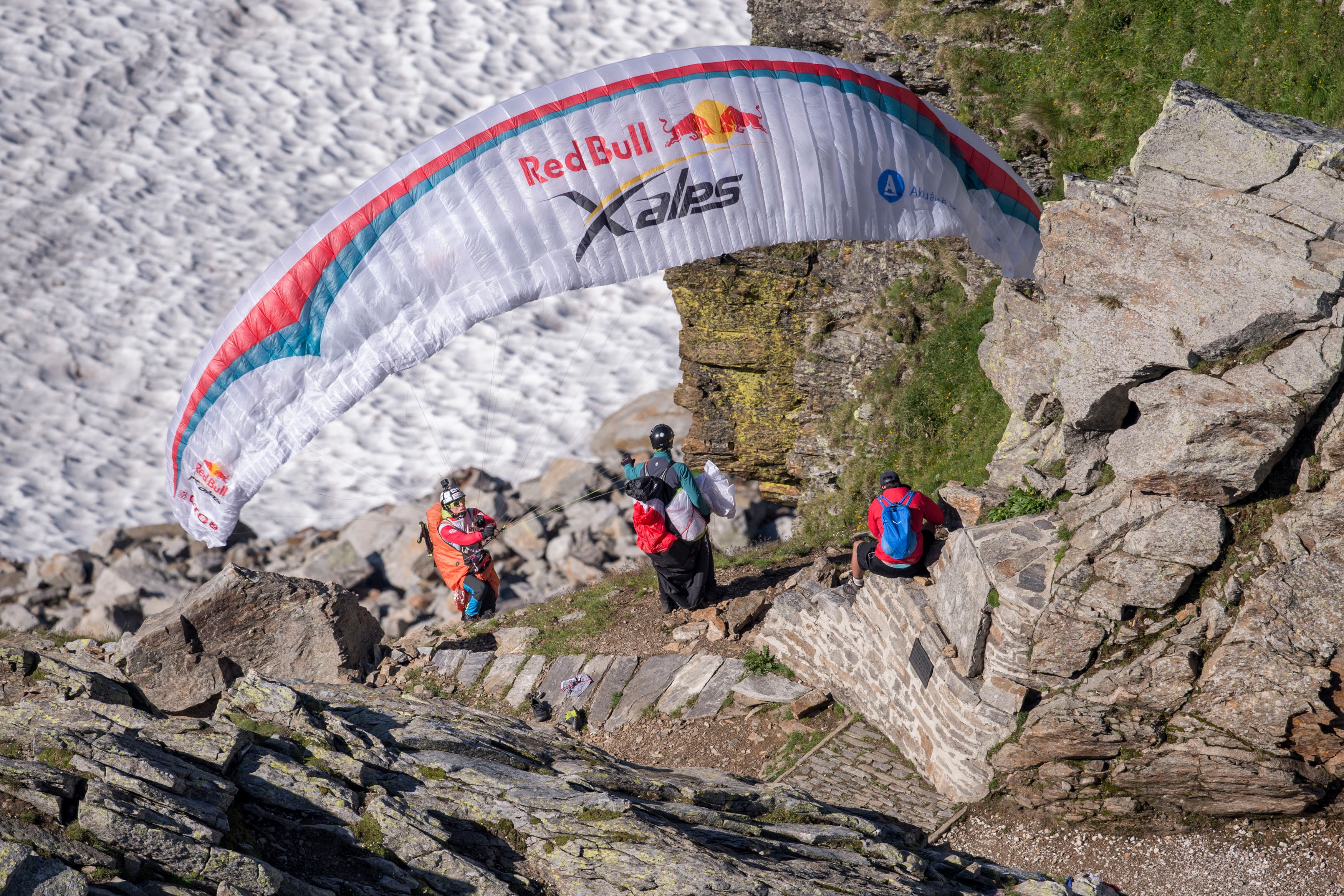 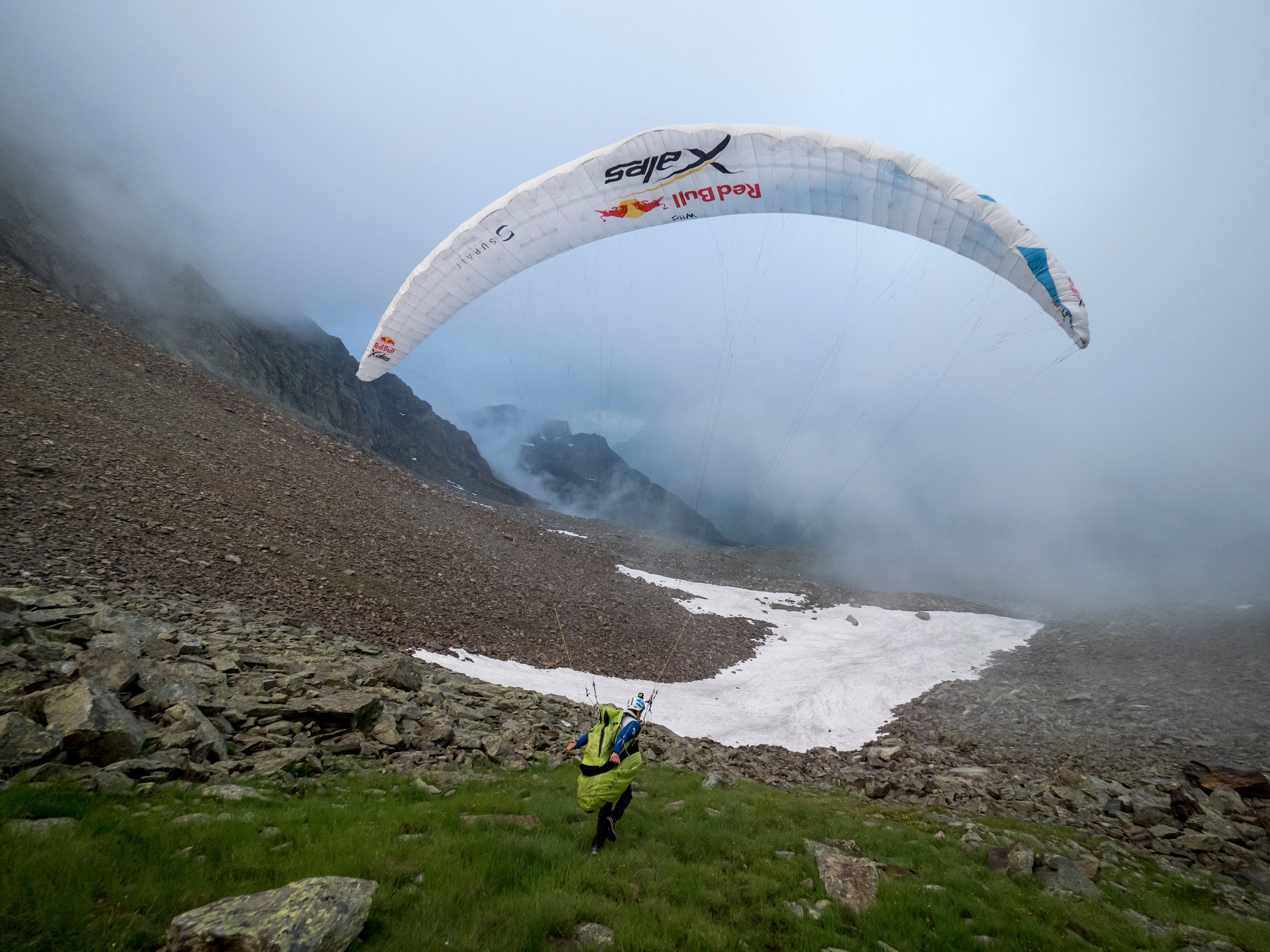 They say you fly faster in a gaggle, where athletes can watch each other and observe the thermals more easily. But there’s one man this race who’s gone his own way and still managed to stay up front. And that’s Paul Guschlbauer (AUT1).

He’s yo-yo’d in the rankings, keeping the heart-rates of his team and supporters on edge, but since Lake Garda he’s put in a storming performance.

Today was another big day for the Austrian, putting in 156.6km on the clock, flying over 120km from the Matterhorn to the edge of Turin. No one is doing these kinds of distances in the air in these conditions.

‘He’s flying a blinder,’ says Race Organiser Ulrich Grill. ‘I’m really impressed. He took a very bold and difficult line across the Italian lakes. He’s flown past the gaggle and is currently third. And he seems to be having fun while doing it.’

His day began with a flight that climbed up to 3,560m in the high mountains near Turnpoint 6, included 36km on foot and ended with a glide off the shoulder of Rosa dei Banchi (3,164m) to finish the day near the town of Cuorgne. He can be pleased with that, but will still need to fight hard to maintain his lead.

The pair provided a thrilling spectacle as they flew south neck-and-neck but along different lines this afternoon. It looked as though Mayer had got the better of the 26-year-old Austrian by the close of play, finishing 9km ahead.

Ahead in second place, Frenchman Benoït Outters (FRA4) ploughed away along the baking hot road skirting Turin, his face showing the strain, even if his body kept up a relentless 6km/h pace. By the end of the day he’d clocked another 92km, 67km of which were on foot. When asked what he was most looking forward to in Monaco, he just said: ‘The finish’.

No doubt that’s a sentiment shared by Chrigel Maurer (SUI1), 56km ahead but still 95km from goal. He told us earlier that he reckoned he still had 12 hours of hiking before getting to a decent launch point to strike for Monaco. That puts a realistic finish time on Thursday and will most likely be his longest ever race – over 11 days.

His body is not used to this. He’s nursing a knee injury, which is not such an issue for someone who normally spends most of his time in the air, but this afternoon Maurer had to take drastic action to avoid a thunderstorm and has finished up back on the flats – just the kind of territory that aggravates the knee. It must have been an exciting ride – his Flymaster flight instrument recorded a top speed of 104km/h.

After covering 20km in 12 hours he said it had been ‘the most inefficient day’ in the history of his five Red Bull X-Alps editions. But he too had settled in for the slog. By the end of the day he’d managed to inch a total of 96km towards goal. Kilometer by kilometer, the slow march to Monaco continues.