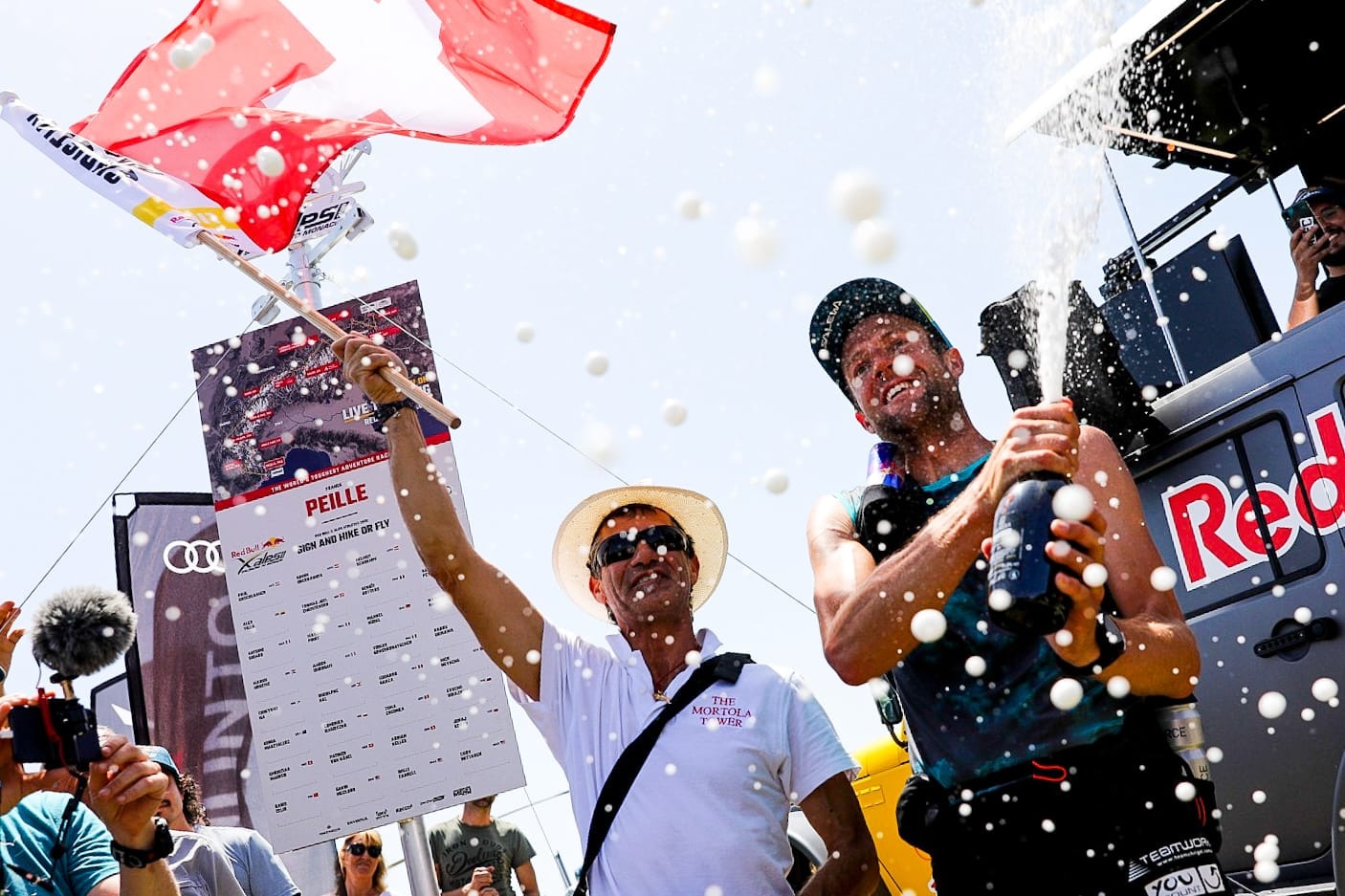 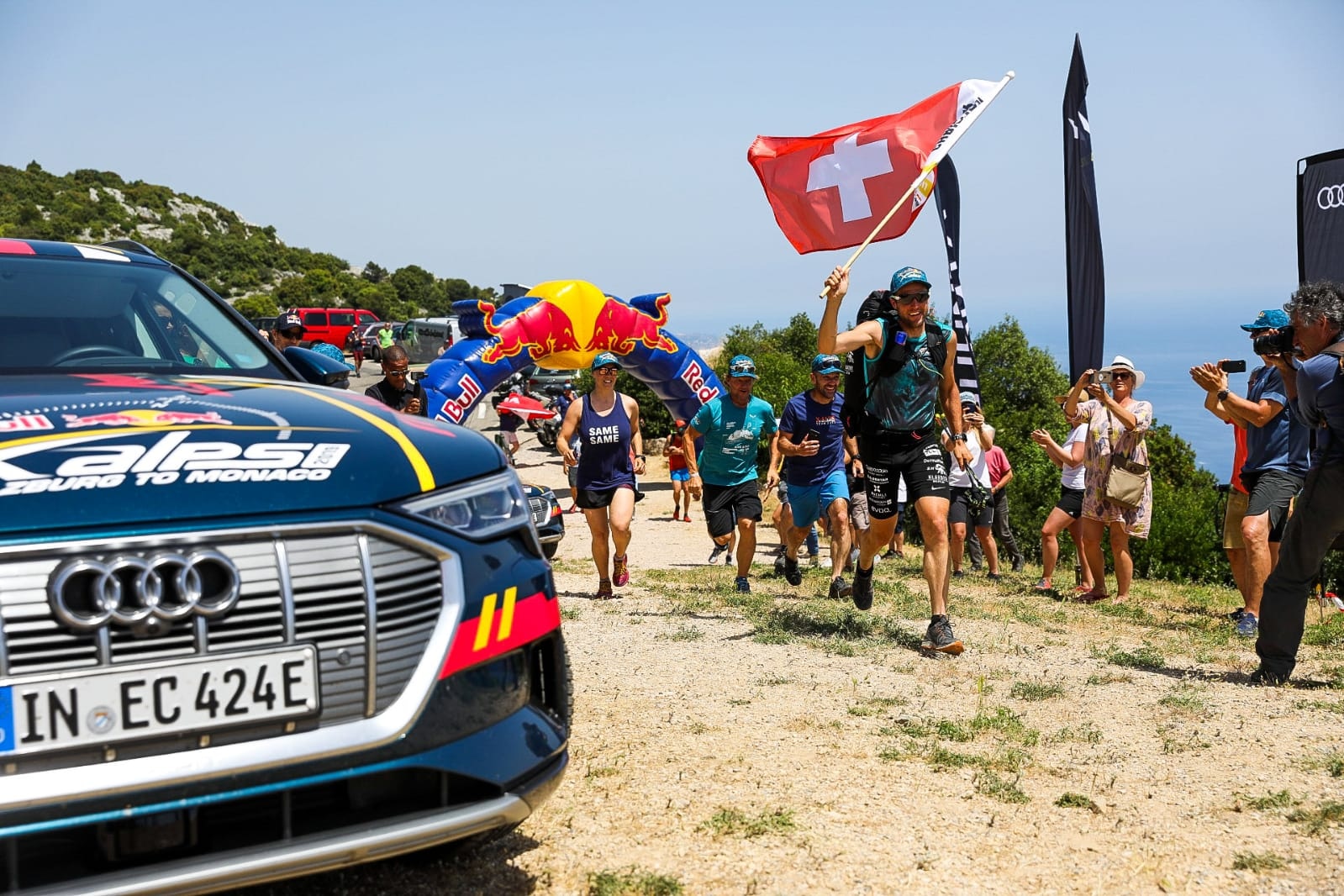 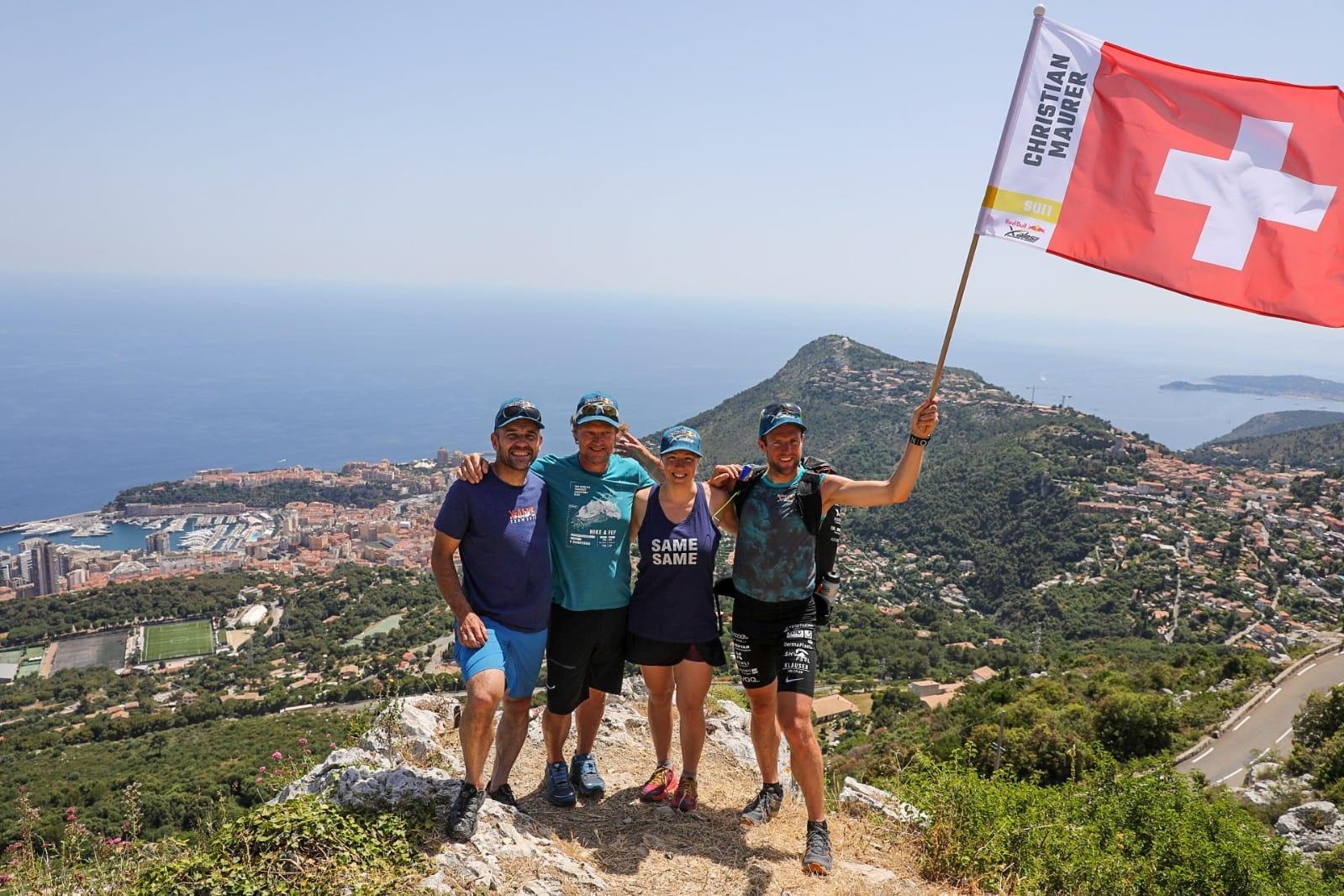 Chrigel Maurer (SUI1), 36, was today on track to win a sixth consecutive victory at the Red Bull X-Alps after reaching the final Turnpoint of Peille, which overlooks Monaco and the Mediterranean.

He reached the Turnpoint early afternoon looking tired but elated having hiked the last 50km through some of the hottest weather the race has ever seen. Temperatures on top of Peille were 35.5ºC. En route, he had to stop for ice cream and a cold bath in a neighbourhood fountain.

Surrounded by family, friends and supporters, an emotional Maurer said: “My body worked well, my team worked well so I could race fast. And I’m very happy to be here. It’s a great feeling.

“It was was an easier start with the flying conditions, but in between there were some rainy days and it was hard to walk. The last two days were very nice weather but stable [not flyable]. It was a hard end of this adventure race.”

Although the race does not finish until he has made the symbolic flight to a landing float in the Mediterranean sea, the official race clock stops in Peille, meaning his sixth victory is all but guaranteed.

He was expected to make the flight down to the sea off Roquebrune beach at about 7pm local time.

Race director Christoph Weber said: “It’s an extraordinary achievement once again from a supremely talented athlete. Chrigel is not only a great pilot but he’s also super fit and prepares with incredible detail. But what was also surprising is the good connections he has to the angels.”

Unlike almost every other competitor, Maurer was able to top-land on Titlis, the highest Turnpoint of the race, saving his legs the 2,000m ascent on foot. Then he was able to take off, just before the weather closed in. “It was the magical move that established his 100km lead,” added Weber.

Ulrich Grill, who co-founded the race in 2003 with the late Air Race pilot and extreme sports legend Hannes Arch, said: “Once again Chrigel Maurer has demonstrated his superiority in the air and on the ground to win the 9th edition of the Red Bull X-Alps, one of the toughest editions we’ve ever had. It is one of the longest routes with more Turnpoints than any edition, forcing athletes to cross the main chain of the Alps multiple times. The weather has not made it an easy race, forcing athletes to hike hundreds of kilometres and sometimes climb the equivalent of Mount Everest every two days. Athletes have hiked through snowstorms, rain and now through unbearable heat.”

The fight now continues for second and third place while the top 10 athletes are doing everything they can to make Monaco.

Maxime Pinot (FRA4) is currently 100km behind Maurer and 50km ahead of his nearest rival. His second place looks assured so long as he can keep going for the next two days. To make sure, he has pulled a Night Pass today, enabling him to keep moving after the race pauses for the night at 10.30pm.

The fight for third place looks set to be a close struggle to the end between Austrian athlete Paul Guschlbauer (AUT1) and the Frenchman Benoit Outters (FRA1), who came second in the 2017 race. Just 15km separate them with 200km still to go. Anything can still happen.

Meanwhile, a gaggle of eight athletes separated by less than 20km lies another 60km back at the northern fringes of the Ecrins mountains.

It includes veterans such as Tom de Dorlodot (BEL) and Toma Coconea (ROU), who have done the race 16 times between them, as well as race rookies such as the young Swiss athlete, 24-year-old Patrick von Känel, and Markus Anders (GER2).

Simon Oberrauner is also in that grouping. Today he summed up the feeling among athletes. “Every day is still a blessing. It’s just amazing what we’re experiencing. I love the race. I can still push. I’m still ok but I just want to be there until the end."

The race officially ends at midday on Thursday 27th June. For the remaining athletes, there is everything still to fight for.