They hiked, flew and finished together 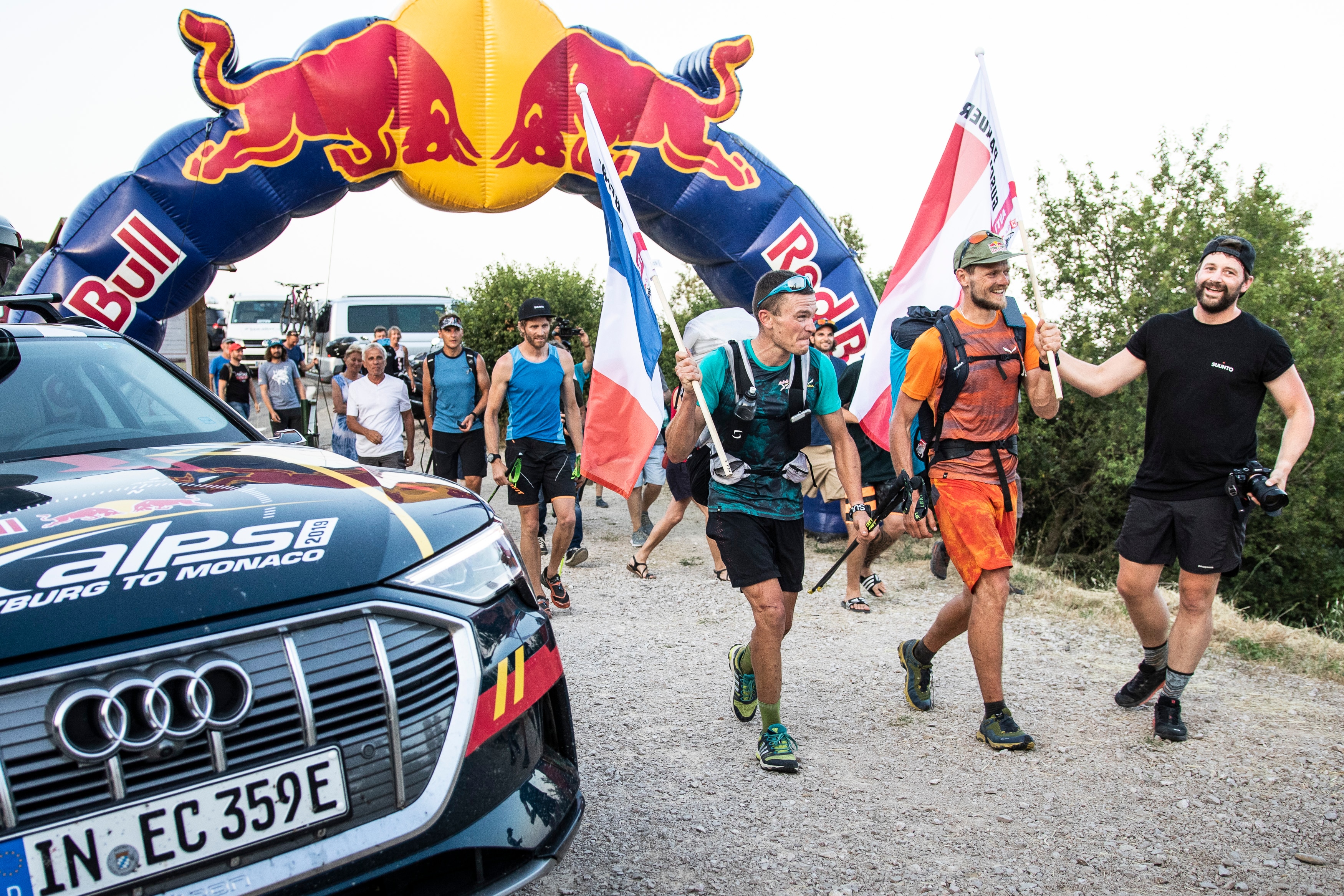 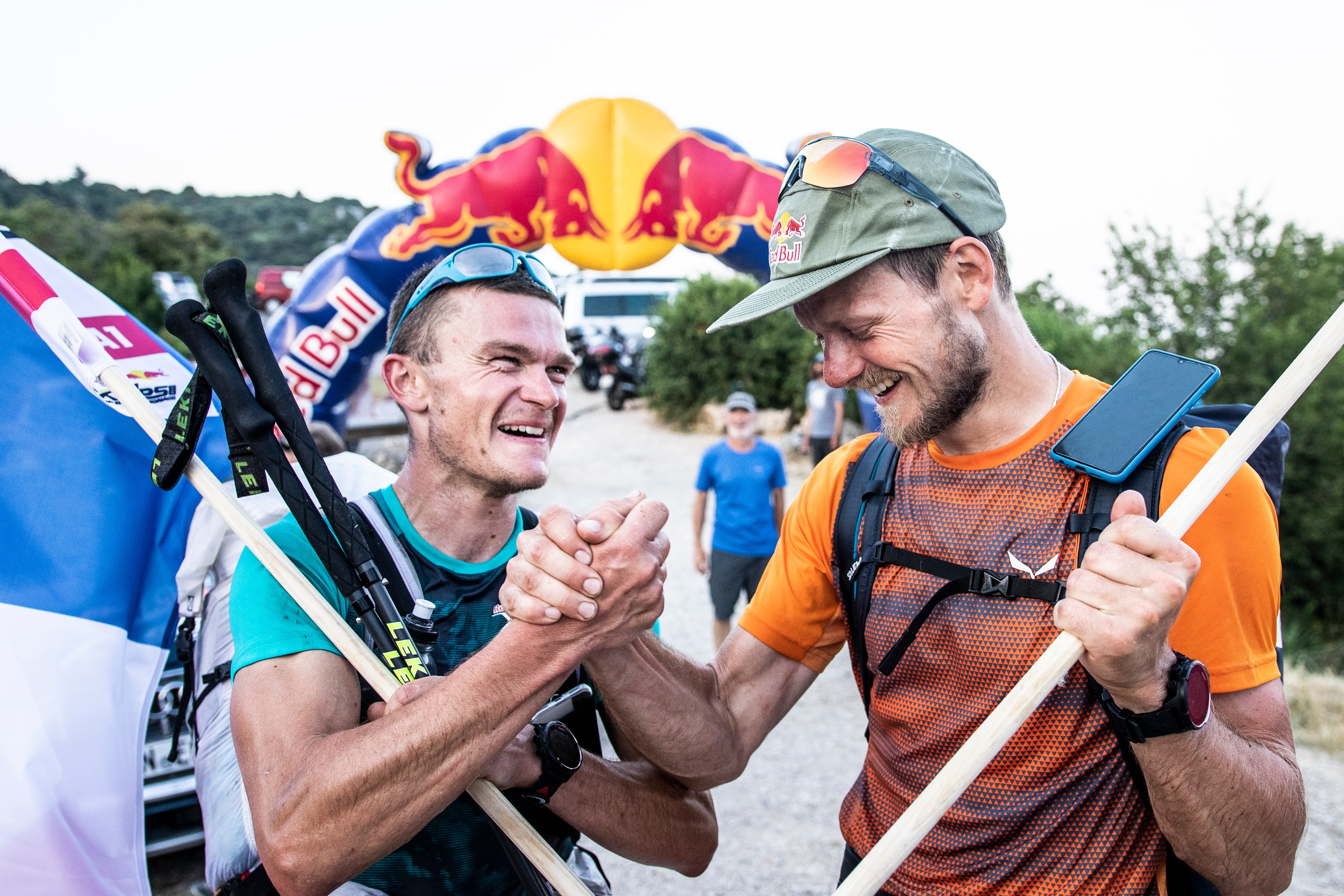 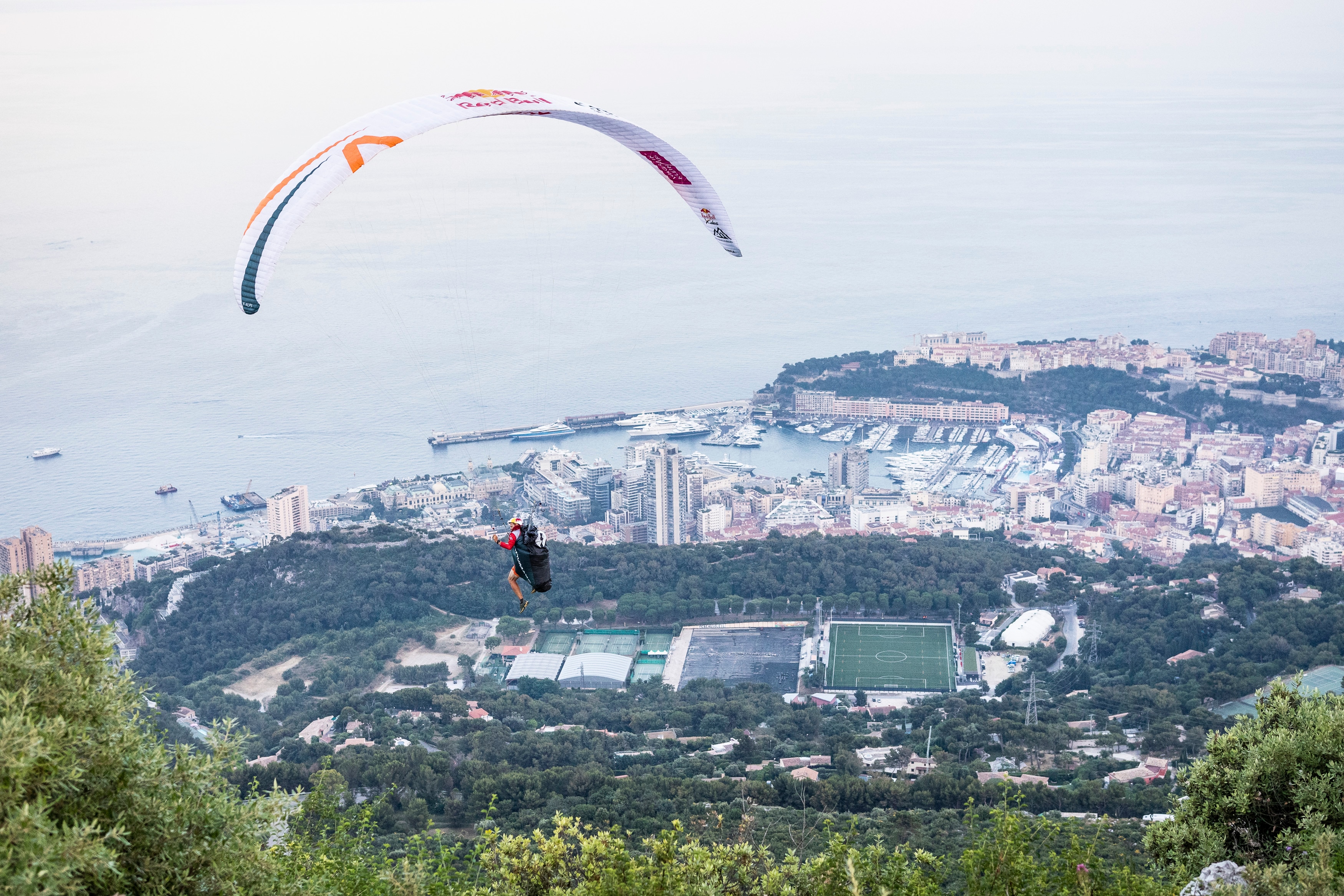 Benoit Outters (FRA1) and Paul Guschlbauer (AUT1) will share third place on the podium after arriving together at Turnpoint 13 Peille shortly after 20:00 this evening.

The two athletes walked through the Red Bull arch together and were greeted with applause and cheers. They then signed the signboard together at exactly the same time.

He added that it had been Guschlbauer’s idea to pair up. ‘Paul came to me and said “I have a plan, we should go together” and I said ok, lets do it.’

Guschlbauer, who has competed in the race five times and has been third four times now, said he was glad to have reached Peille.

He said: ‘It’s good to come here. The end is always hard, but my body feels better this year.’

After spending a few busy minutes at the Turnpoint with camera crews, supporters and fans, both athletes then launched and flew down to the raft in Monaco. The cut-off time for landing on the raft 200m offshore in Monaco is 21:00.

Behind them, five other athletes look like they have a chance to reach Peille before the race officially ends at 12:00 midday on Thursday 27 June.