French athlete has been suffering from knee pain 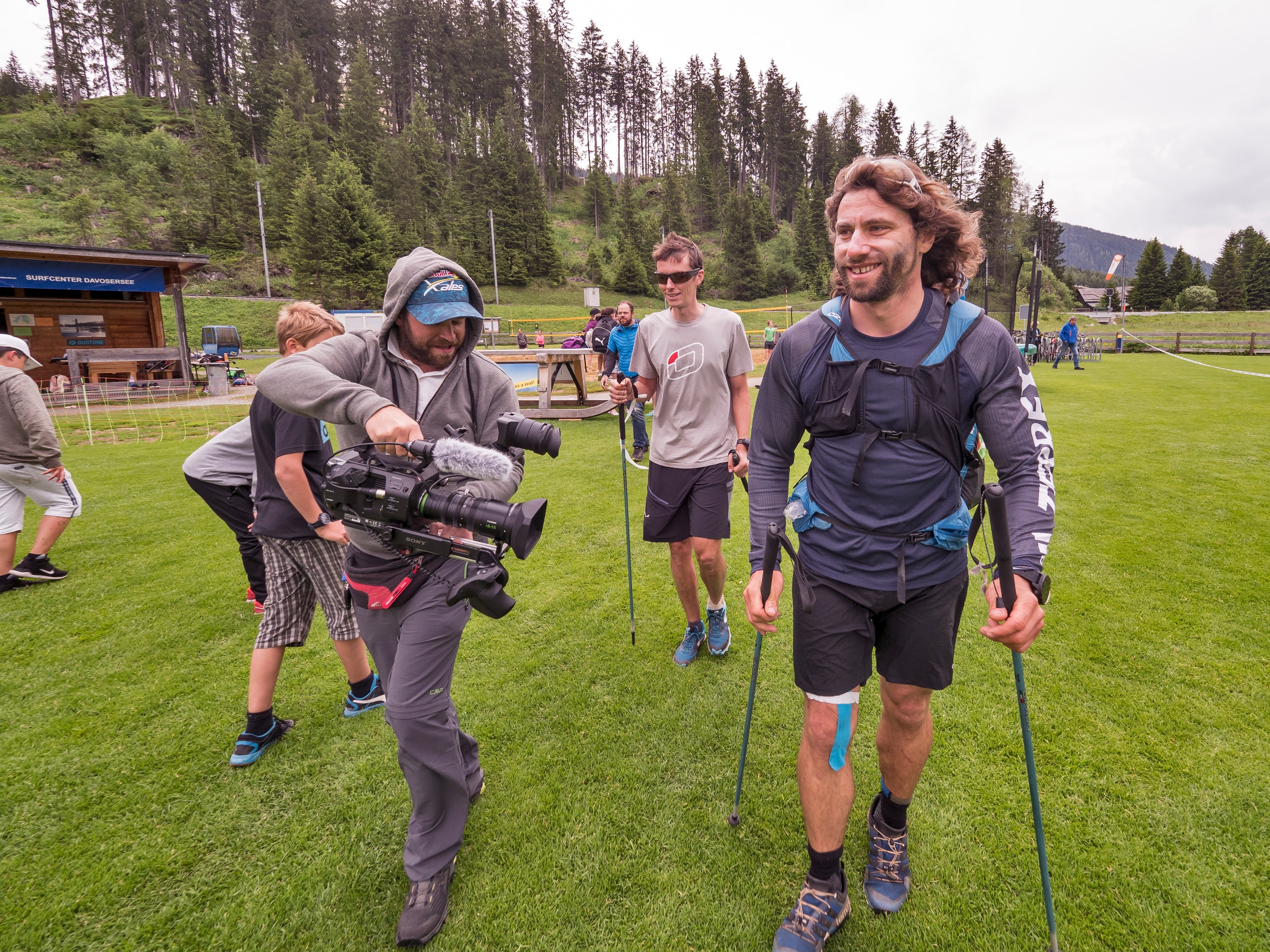 Antoine Girard (FRA3) has withdrawn from the Red Bull X-Alps 2019 due to knee pain.

He made the decision to pull out this evening, following a day’s flying that saw him land close to Turnpoint 7 Titlis, but still facing a big hike to reach the sign-in board.

Girard finishes the Red Bull X-Alps with an official distance of 554km from goal in Monaco.

Talking at 21:00 from his team van he said the decision to withdraw was unavoidable.

‘My knees are in pain. I have to stop. It’s a serious thing.'

He explained: ‘I made the decision to stop this evening. This morning my knee was difficult, and this evening I landed low down. And for Titlis I must walk maybe 1000m or 2000m up, and that is too long for my knee.’

He said the knee injury was a new issue for him. ‘It’s the first time I have this pain. I have to see a doctor and we will see why.’

He added: ’Before my injury I was happy with the race. But just before Davos [Turnpoint 6] it got bad. I had to stay in the same place while we had the bad weather. It’s been difficult.’

He said he and his supporter Martin Beaujouan would now drive the two hours to Chamonix where Beaujouan lives. However, he hoped he would make it to Monaco for the prize-giving ceremony next weekend.

Who can beat you, Chrigel Maurer?

Thank you for applying to Red Bull X-Alps 2021

Bring on the Vets!

Are women the better endurance athletes?

The Secrets to Selection