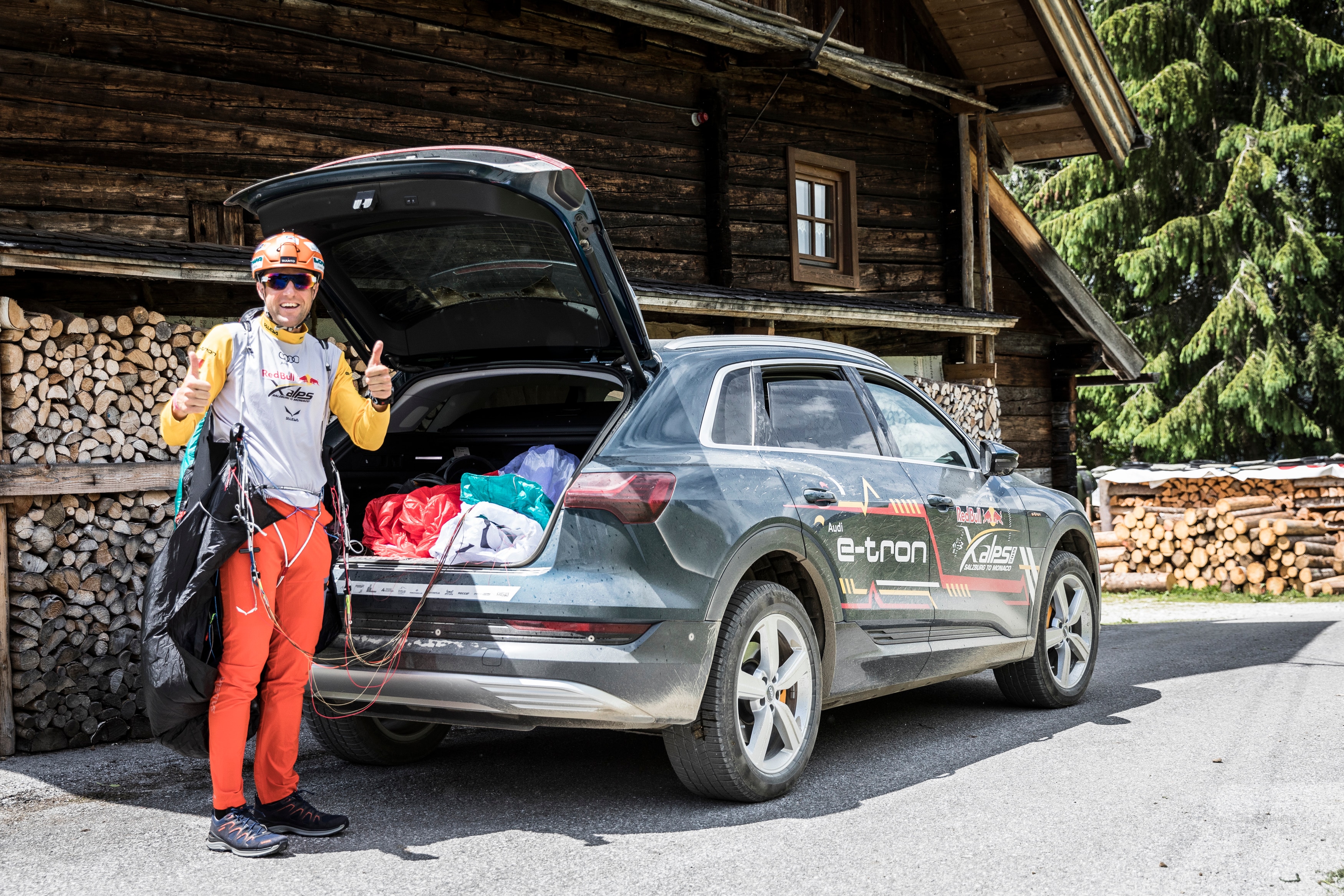 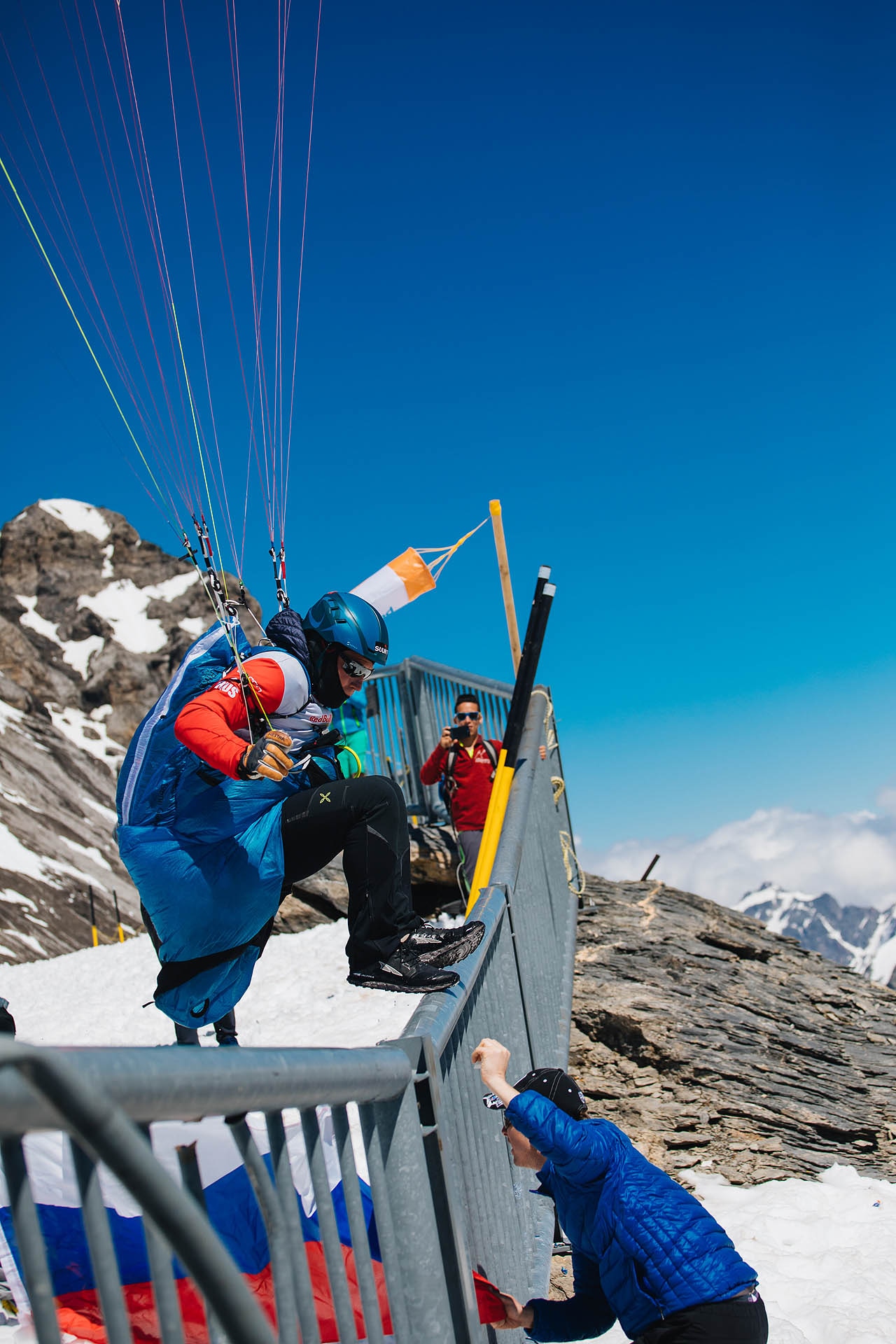 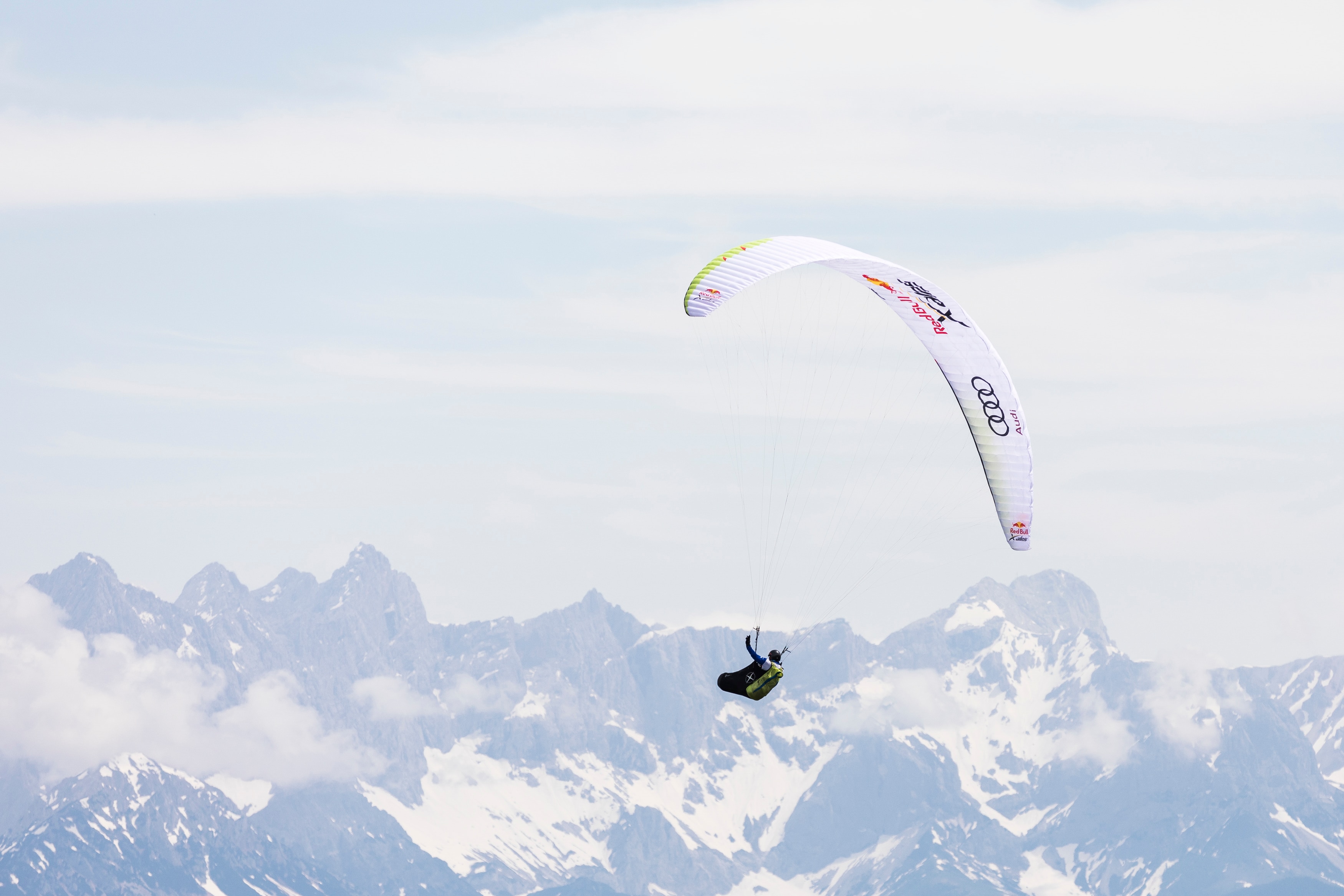 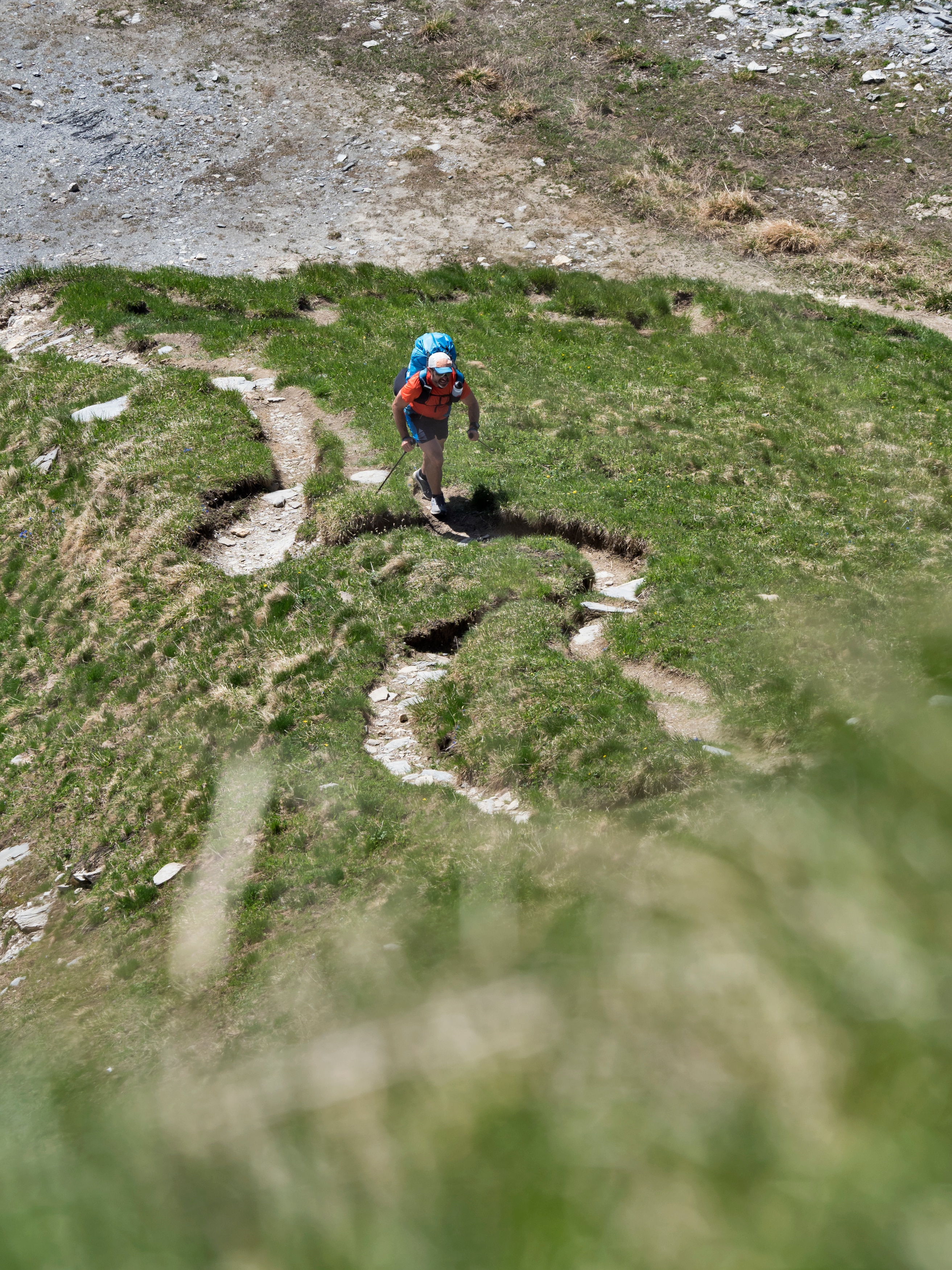 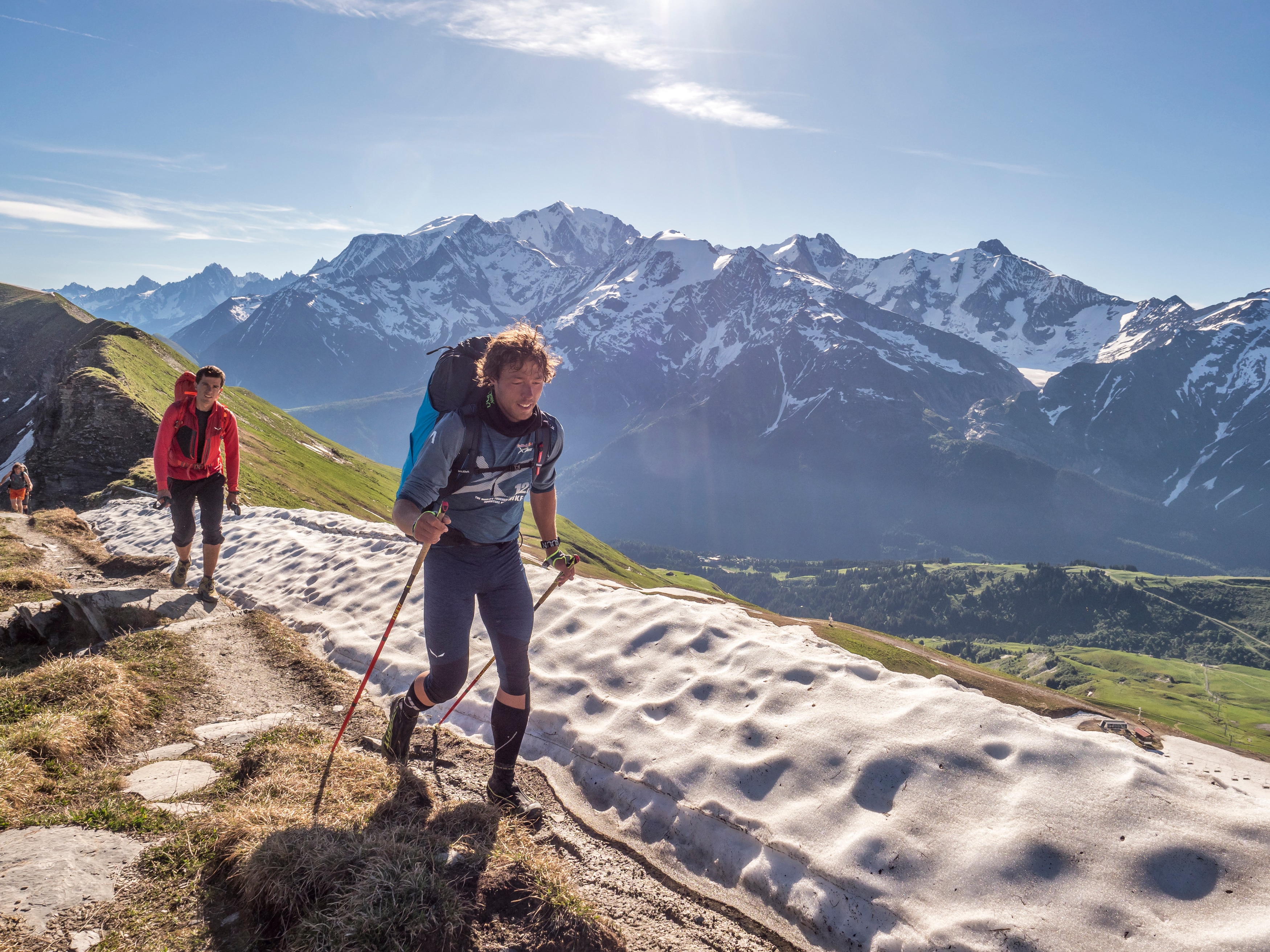 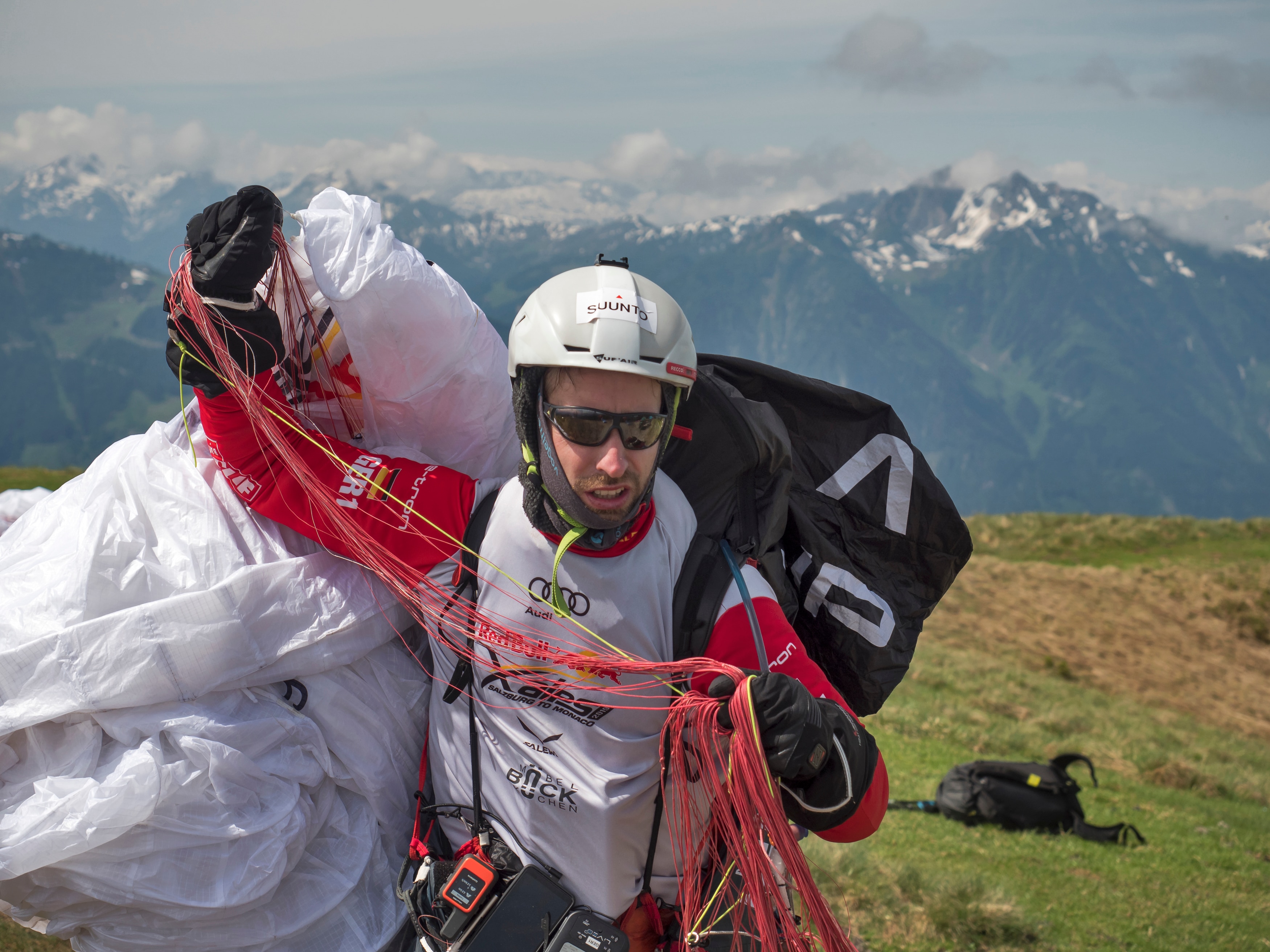 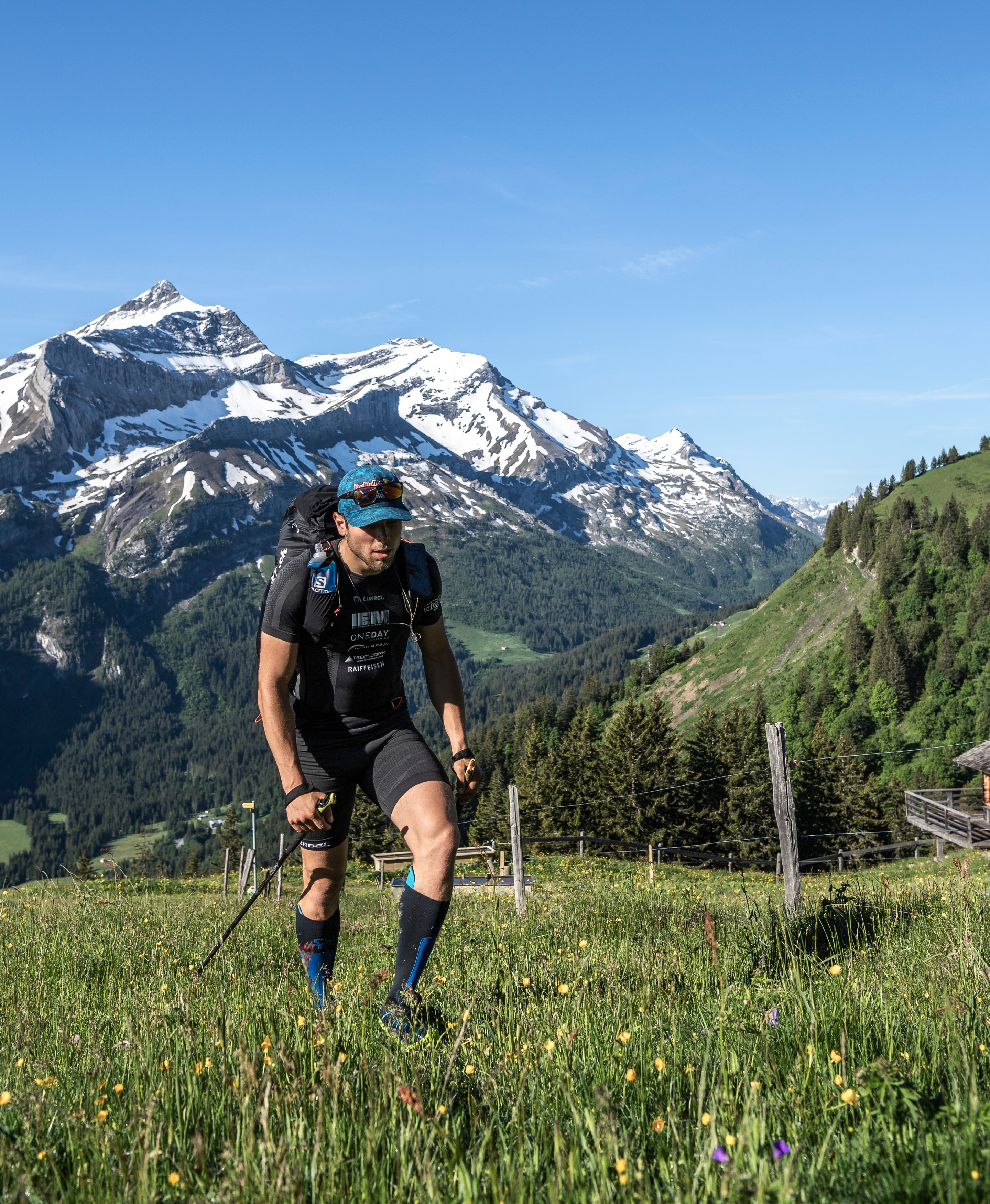 So much happens in a race like the Red Bull X-Alps that doesn’t get reported at the time – the personal battles, the close-calls, the highs, the lows and the bizarre. “I could write a book on my race,” is a comment we hear a lot from athletes. Here are some of the best ones.

The Red Bull X-Alps isn’t without its hazards, from strong valley winds to scary take-offs to  physical exhaustion. German athlete Manuel Nübel (GER1) managed to find another one: getting hit by discarded water bottles. After one landing he found himself in the midst of the Tour de Switzerland as the peloton passed. Unfortunately, the spot he picked for a selfie was the place where all the cyclists chucked their water bottles. “It was like a hail storm,” recalls Manu. “I got hit by sweets, drinks, they throw with a lot of power. It was the most dangerous moment of the race.”

When the wind is so strong it’s bending the trees below you, it’s probably not a good idea to land. But then neither is it a good idea to stay airborne. Eduardo Garza (MEX) had several special moments during the race, but perhaps none as terrifyingly close as the moment he came face to face with an incoming storm near Landeck between the Turnpoints of Lermoos and Davos. He turned back to avoid, as he puts it ‘becoming part of the morning news’ but his vario was soon recording speeds of 100 km/h as he out rode the gust. Landing in the valley was too dangerous, but he managed to find a less-constricted spot at 2,500m where he could safely come down. Before long the support crew arrived with pizzas, a fan turned up offering a sleeping bag and race director Christoph Weber had called to check he was ok. “There were so many high stress situations,” recalls Eduardo. “I think I'm a bit numb to common potential hazards now.”

The competition is fierce in the Red Bull X-Alps. Every athlete remarks on how mistakes are punished; how there’s no time to rest, it’s always go, go, go! Yet there are other times when athletes help each other out. One such occasion was day 7. Markus Anders (GER2) and Tom de Dorlodot (BEL) found themselves facing the same problem: they wanted to hike a short cut over the main chain of Swiss mountains from the Eiger to the Rhone valley. Just one catch: they needed a guide. Step forward French athlete Gaspard Petiot (FRA2), a qualified alpine guide. In an act of sportsmanship, he agreed to lead the pair up the Tschingel glacier where they stayed the night at a remote hut, then continued to a launch the following day.
“It was a small adventure within a big one,” recalls Markus. “We hiked up in freezing cold rain, got some warm tea and really good food. And on the next morning we woke up in super nice mountain landscape with blue sky and sun all around. It won’t be forgotten.”

Chrigel meets his match in Davos

Everyone knows what a great athlete and pilot Chrigel Maurer (SUI1) is. But not everyone knows another important skill the six time champion has – patience. When he arrived in Davos, Chrigel needed to push hard to get back in the air to reach Titlis. He packed up and began to hike, and that’s when his plan was nearly foiled by an elderly woman who wanted a selfie. Anyone else would have said no – there was no time to lose. But Chrigel generously agreed. Unfortunately she couldn’t work the phone. Chrigel stood there patiently while she fumbled about, eventually offering to take the photo himself. Afterwards some Swiss fans accosted her. “Oh,” she replied. “I didn’t realise he was still racing.”

It’s almost impossible to relate all the battles an athlete has on a given day but Gavin McClurg (USA1) has come close with an extraordinary blog post chronicling the highs and lows, triumphs and disasters and all the crazy stuff in between during one two-day period. There are scary take-offs and landings. There’s the decision to push it as a storm approaches, and landing within minutes of it hitting. There’s the fear of bombing out, the racer’s recurring nightmare of everyone flying faster overhead and some extraordinary moments, like finding lift at 6am before the sun has got up to epic mountain flying at 4,000m. “It was one of the most perfect days I’ve had in the X-Alps,” Gavin writes. “Efficient flying, good decisions, solid ground game, a proper low save and most importantly – a hell of a lot of fun.”

There’s no worse feeling for athletes than bombing out. It was day five and after a great start to the day, Patrick von Känel (SUI2) found himself battling through nerve-wracking conditions between TP6 Davos and TP7 Titlis. Eventually, he landed back in the valley at 4pm, emotionally crushed. “I thought to myself, ‘oh man, now everyone flies over my head while I’m stuck on the ground. I didn’t know what to do and it was the most uncomfortable feeling during the whole race.”
So that’s when von Känel pulled out his secret weapon – he called motivational coach Thomas Theurillat, Chrigel Maurer’s longtime supporter. “Through his intelligent questions, we set a new goal together and within three minutes he’d managed to bring clarity and motivate me 100%. I was able to forget about the others and just concentrate on my own thing. Sepp and I went up to the next launch site where I had a memorable flight with good thermals. I was so happy when [my supporters] told me I flew the furthest that day.”

Titlis witnessed some of the most hair-raising take-offs of the whole race, from Maxime Pinot (FRA4) launching in a snow-storm to Patrick von Känel’s penguin. But even more eye-opening was the launch of Evgenii Griaznov (RUS). After successfully top-landing he opted for a reverse launch behind the safety barrier – then simply hops over it as he takes off.
“It was no big deal,” he told us in Monaco, with a cheeky grin.